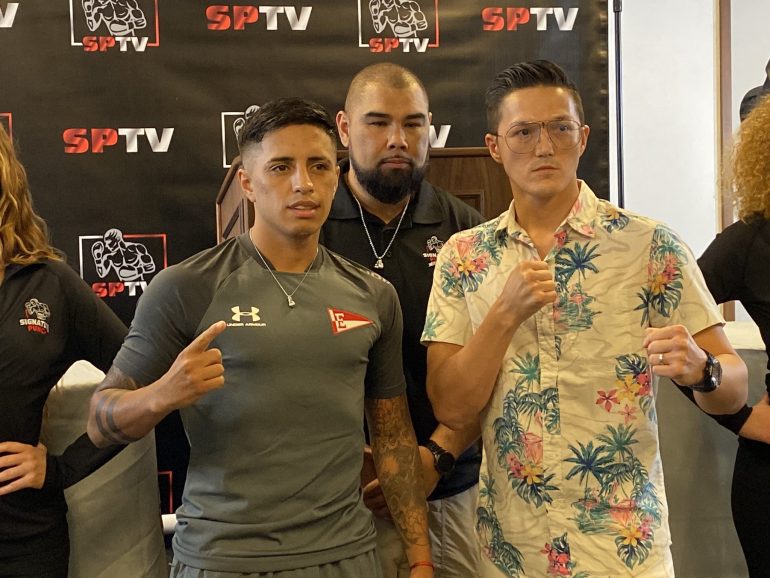 MIAMI —When Dimash Niyazov suffered his first defeat, a unanimous decision loss to Angel Sarinana in April of 2018, he says his phone only rang three times. One of the calls was from Paulie Malignaggi, the former two-division champion from his neighborhood in Bensonhurst, Brooklyn. Another one of the calls from Peter Sferrazza, Malignaggi’s long-time confidante, and the third was from his best friend.

Suffering his first loss was a learning experience in the ring, but it taught Niyazov a lot outside of it as well.

“It was obviously very hard for me to take that first loss, especially if you’re a hot prospect and you’re coming up and a lot of people expect so many great things about you,” said Niyazov (13-1-3, 6 knockouts), whose day job is working as a police officer with the New York Police Department.

“This loss actually worked out in my favor because…it showed me who is really there to support me, who is true to themselves and not there just to look cool next to me for the hype.”

With this new outlook, Niyazov makes his ring return this Saturday, February 20 against Jonatan Godoy (5-7) in a six-round lightweight bout. The fight will take place at the Doubletree Miamimart Hotel in Miami, as part of a card presented by Round 12, NeLSons Promotion and Signature Punch Boxing.

The card will be headlined by unbeaten welterweight Harold Calderon, while undefeated middleweight Kanat Islam, who, like Niyazov, is a Kazakh, will also be in action in a separate fight.

Niyazov, 32, had been planning a return to the ring all along, but the discovery of two herniated discs in his back after the loss at the Barclays Center sidelined him further. After a year of therapy, Niyazov says that he’s healthy and ready to return. Still, it’s a very different world that he’s returning to.

The gym which his father and trainer, Ismat, had owned in Brooklyn was shuttered during the Covid-19 pandemic, and Niyazov has been jumping around different gyms to find a place to prepare.

Boxing has been Niyazov’s passion since he first put on gloves at age 4. Born in Shymkent, Kazakhstan, Niyazov immigrated to the United States at age 13, winning the Metro Championships and Empire State Games as an amateur in New York City. Niyazov had hoped to represent his country of birth at the Beijing Olympics in 2008, and was selected as an alternate after training with the team for a few months in China.

“Unfortunately the next year my country changed the dual citizenship law and I only had one citizenship which was United States of America,” said Niyazov.

Niyazov doesn’t know much about his opponent, other than his country of origin, what he’s seen from him in person at Thursday’s press conference, and a short video of him fighting wildly.

“All I know is that he’s from Argentina and the first thing comes to mind for me is Marcos Maidana and you know Marcos Maidana’s style, he’s very aggressive and he comes in and throws power punches,” said Niyazov.

“My goal would be to try to find a way to open him up and try to catch him in between punches.”

Manager Nelson Lopez Jr. says the Godoy fight is “pretty much for him to bounce back,” but says the plan is to keep Niyazov busy with 4-5 fights in 2021 against progressively better opponents.

That plan aligns with where Niyazov is in his mind as well.

“I can’t afford to lose any more time, especially after this pandemic, a lot of inactivity due to my injury,” said Niyazov. “Especially in this sport of boxing, you got a lot of young guys who are coming up very quickly and I gotta do the same thing. I’ve gotta move quickly.

“After this fight I have to move on to 8-rounders, after 8-rounders I’ve gotta move quickly to 10-rounders and hopefully catch a title shot.