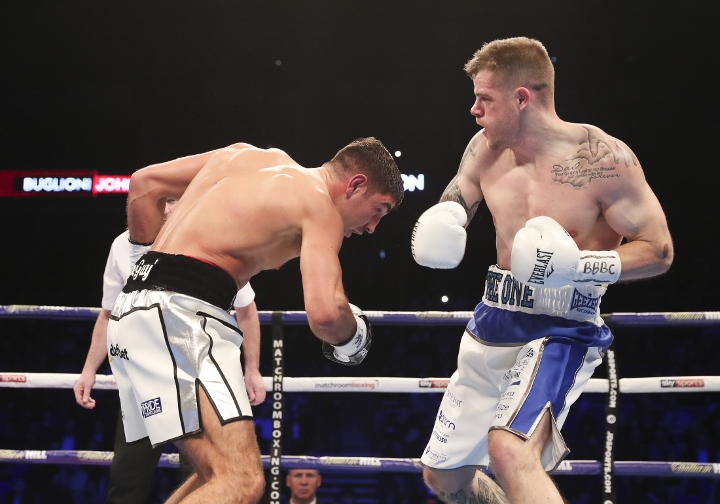 The former British and Commonwealth champion started his career with Frank Warren and has returned to the Hall of Fame promoter, who he believes is best placed to land him a World Title.

Once Johnson achieves his World Title ambitions, potential domestic defences against stablemates Lyndon Arthur and Anthony Yarde are sure to excite fans.

“I want to be in the best possible fights domestically and on the world stage. Frank is the man to deliver those fights,” said excited Johnson after signing his new deal.

“It wasn’t happening for me elsewhere, and Frank has a good stable of Light-Heavyweights so returning to him made sense.”

Johnson, 35, was fearless when he challenged IBF World title holder Artur Beterbiev in October 2018. He floored the division’s main man before losing in the fourth round of a brutal war.

‘The One’ bounced back from that solitary defeat last March when he travelled to upstate New York and hammered local star Sean Monaghan in three rounds.

Johnson turned professional in December 2010 and injury has slowed the Boston boxer’s progression.

He added: “I am fresh and feel like I am 25. The only hard war I’ve had was the Beterbiev fight and I have so much more left.

“When I am running my times are better than ever and I am lifting heavier weights than I have done before.

“I am very fresh for my age. A lot of damage can also happen in sparring, but I have never really had hard spars and never had wars as an amateur.”

He was then sidelined for 18 months, but returned with a career best performance beating former World title challenger Frank Buglioni in just 91 seconds of round one, adding the British crown to his Commonwealth belt.

That set up the Beterbiev challenge and his trainer and manager Joe Gallagher insists Warren is the man to help him go one better.

Gallagher said: “Callum is the man to go and get that World Light-Heavyweight title for Frank and bring it back to Britain.

“That will lead to big defences against the likes of Lyndon Arthur and Anthony Yarde who Frank also promotes.

“Callum had a frustrating 2020. He said, ‘Yes’ to fights with Dmitry Bivol and Joshua Buatsi but then heard no more.

“Now things are looking up. Callum is in the prime of his career and Frank has the contacts and fighters to make big things happen.

“Callum is back to where he started his career when Frank promoted him and Naseem Hamed was his manager.

Warren added: “I am delighted to be back working with Callum once again. He started his career with me and I hope he ends it having won a World championship and fulfilling his promise.

“We will get him out in the next couple of months and then it will all be about a big world title push and even at domestic level there will be some huge lucrative fights.”

Despite being raised born and raised in Lincoln he qualified to box for Scotland and won a gold medal for the Tartan army at 2010 Commonwealth Games in Glasgow.

His popularity in his hometown has led to a street being named after him on the Fenside Estate where he grew up. Last year a street was named ‘Callum Johnson Close.’

Details of Johnson’s next fight will be released shortly.