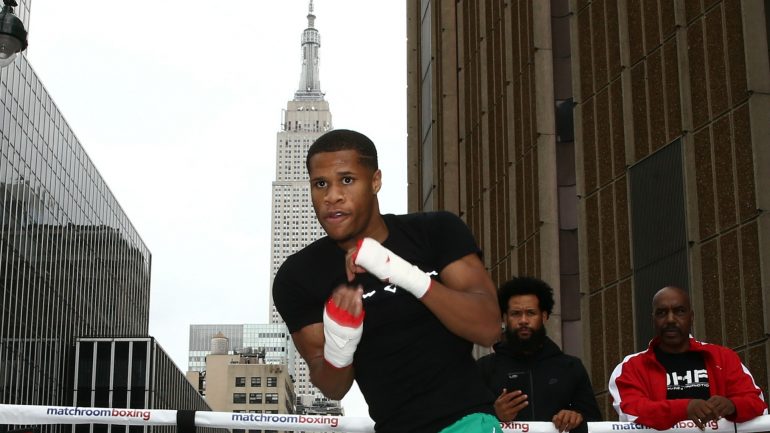 Devin Haney could get his wish –– a significant challenge.

According to The Athletic’s Mike Coppinger, the secondary 135-pound titlist is in talks to face former three-division world champion Jorge Linares on April 17.

Matchroom Sport promoter Eddie Hearn stated last week that he was interested in making a Haney-Linares fight if Ryan Garcia faces Javier Fortuna. The latter was once expected to challenge Haney (25-0, 15 KOs) for his belt.

It appears more likely that Garcia (21-0, 18 KOs) will indeed face Fortuna (36-2-1, 25 KOs), who scored a sixth-round knockout of Antonio Lozada last November Los Angeles. The popular 22-year-old is also coming off an impressive performance, as he rose from the deck to knockout 2012 Olympic gold medalist Luke Campbell in seven rounds last month in Dallas.

Linares (47-5, 29 KOs), who has held titles at 126, 130, and 135 pounds, has not fought since February 2020, when he knocked out Carlos Morales in four rounds. The native Venezuelan was slated to face Fortuna last August but was forced to withdraw after he tested positive for COVID-19 and was subsequently hospitalized.

After a year-long layoff, which included recovery from shoulder surgery, Haney returned to the ring in November to dominate former champion Yuriorkis Gamboa over 12 rounds.