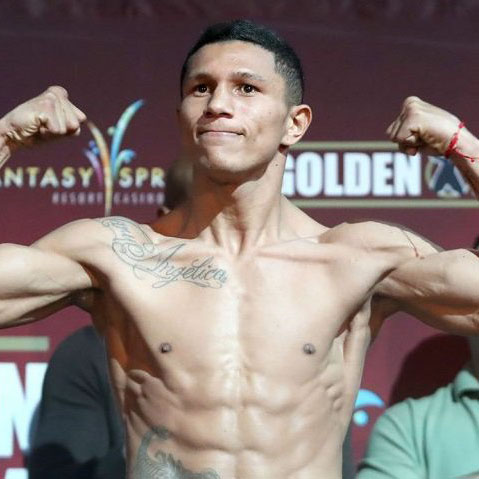 Berchelt, who is rated No. 1 by The Ring at 130-pounds, has long craved a big fight against his Mexican countryman.

“It’s a fight that I wished for since we were amateurs,” Berchelt told The Ring through promoter Mario Abraham. “I wanted to go to the 2012 London Olympic games. That year I won the Mexican national Olympics, but the Mexican Boxing Federation had decided before that Oscar Valdez would represent our country in London, so that fight never happened.”

Both fighters went their separate ways.

Ultimately, Valdez (28-0, 22 knockouts) lost at the Olympic quarterfinals, before embarking on a high-profile pro career later that year, while Berchelt (37-1, 33 KOs) fought largely under the radar, away from the mainstream media.

It’s not something that unduly bothers Berchelt, who feels the less-trodden path has helped mold him.

“I don’t feel any animosity for him right now,” said Berchelt, who won the WBC title against Francisco Vargas in January 2017 and has made six title defenses. “Things happen and I am very happy with the way my career went.”

The two are in fact very cordial, but that friendship will be put aside for the evening.

“I consider Oscar my friend,” said Berchelt, who a few years ago attended a party thrown by Valdez at his ranch. “We live in the same city, Hermosillo, most time of the year, but during the 36 minutes of the fight, he will be the guy who wants my belt and ruin my future. I won’t allow that.

“Everybody knows that when there are two Mexicans in the ring a war is guaranteed.”

The fight was due to take place on December 12. Berchelt, however, contracted coronavirus and the fight was postponed in early November.

“I was training for the fight when it happened,” he said. “I had the COVID symptoms, like fever, headache, diarrhea, but it never got too bad. After the regulatory break, I returned to the gym step-by-step. Thanks to God, I felt OK.”

Berchelt returned to training in Hermosillo in December. He didn’t spend Christmas or New Year’s Eve with his family. In early January, “El Alacran” moved to Los Mochis to train at former three-weight champion Fernando Montiel’s Kochul’s Gym. He will remain there until a week before the fight.

The 29-year-old power-puncher is very respectful of Valdez and his team.

“Valdez is a great fighter,” he said. “He is a two-time Olympian, undefeated former featherweight champion, and he has a great left hook, great heart in the ring. I expect a great fighter who fights till the end. He is very intelligent in the ring, but I am also intelligent and we both have great corners. He has Eddy Reynoso and I have Alfredo Caballero, but he will face the best 130-pounder of the world.”

Abraham, the president of Maxboxing Promotions, co-promotes Berchelt with Zanfer Promotions and is pleased to have secured his charge with a big fight.

“It is a fight that we have wanted for a long time,” said Abraham. “When it was offered to us, we didn’t hesitate about taking it. It is definitely the most important fight in Miguel’s career. We are very confident that Miguel will win, although we also know Oscar is a great fighter. It’s a big shame this fight happens during this pandemic. This fight deserved a big crowd at a great venue.”

Valdez was a standout amateur that represented Mexico at the 2008 and 2012 Olympics. He won bronze at the 2009 world championships. Valdez won his first 20 professional outings, before claiming the vacant WBO featherweight title against little known Matias Rueda in two rounds. Six defenses followed against the likes of Miguel Marriaga (UD 12) and Scott Quigg (UD 12). The 30-year-old Mexican outgrew the division and vacated to seek newer, bigger challenges.