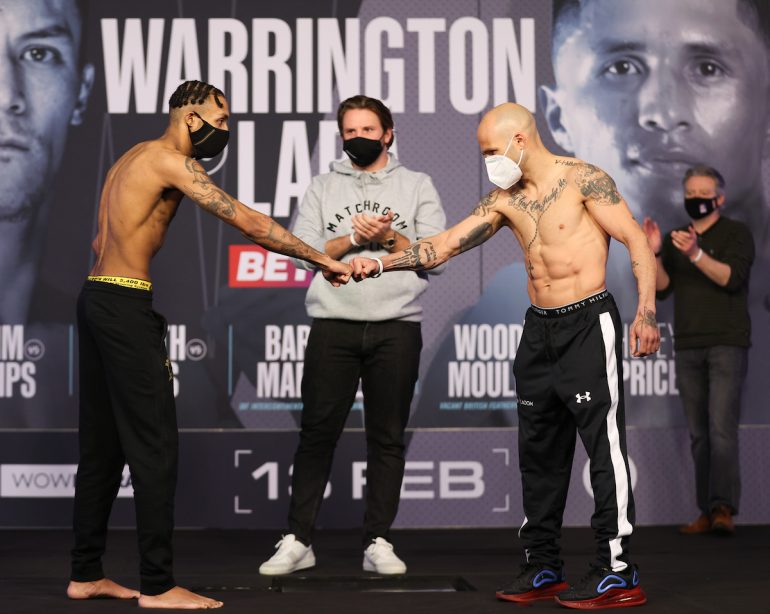 The scorecards marred Zelfa Barrett’s victory over Kiko Martinez after the Spaniard lost a wide decision in a fight many thought he’d won.

Steve Gray and Bob Williams remarkably scored Barrett a 118-111 winner and Howard Foster had the Manchester man winning by a margin of 116-113.

“How are we going to bring world class fighters to this country with scorecards like that?,” he asked, during a rant on Sky Sports as both fighters were being interviewed.

Martinez came out as is his custom, bobbing aggressively into range and looking to land bombs. Barrett flicked out a smart jab and kept Martinez at bay with right uppercuts and left hooks to the body.

Martinez maintained his charge through the third, setting a hot pace and forcing Barrett to circle the ring with his back to the ropes.

He lacked the pop in his punches to deter the Spanish veteran’s charge and was seemingly looking to time Martinez with the same left hook that so spectacularly accounted for Eric Donovan last year.

Barrett was cut above his left eye but Martinez’s face was reddening as the fight progressed. Zelfa was circling almost exclusively to his left but in the ninth he scored with several right hand-left hooks, yet Martinez still kept coming.

The 34-year-old maintained his forward march to the end and held his arms aloft at the final bell. Barrett wasn’t found wanting for fitness or tenacity and some felt he was a narrow winner.
The scorecards indicated it was a stroll.

“He was putting the pressure on and I was trying to look for the right shots,” said Zelfa. “I’m ready for the rematch. It’s brought me on a lot. He’s a good fighter and I can’t take credit away from him.”

Martinez countered: “I don’t think the judges have been fair with me.”

Kiko, who has lost previous high-profile bouts in the UK to Josh Warrington, Carl Frampton, Scott Quigg and Rendall Munroe, had won his last two since a fifth-round stoppage defeat to Gary Russell.

Mould was down three times in a bruising encounter that saw Wood return to winning ways after a majority decision loss to Jazza Dickens in his last fight.

The first round was exploratory. Wood was busy with his left and kept his right hand high and Mould was trying to close the distance but Reece started to walk on to some shots in the second session.

Mould was down in Round Four from a volley of punches to the head and body as the Ben Davison-trained featherweight Wood started to shine. Mould, however, had other ideas and he fought hard through the fifth, closing the round with some encouraging combinations. It was becoming a hard night’s work for both.

Mould soaked up some big shots in the seventh and Wood was finding a regular home for his left hook. Wood switched southpaw at times as the fight wore on and in Round Nine Leigh made the decisive breakthrough. Mould was down for the second time with a wonderfully crisp left hook and moments later he was dropped for a third and final occasion. It was a gruesome spectacle; Wood nailed him with several blows and while referee Bob Williams went to intervene a couple of final shots got in and as Reece fell his head and neck ricocheted violently off the ropes.

He was down for several minutes and given oxygen before regaining his feet and making his own way from the ring.

Smith started patiently but it wasn’t long before he started to find openings. He landed a solid right hand counter midway through round two and another less than a minute later had Ellis looking ragged. It was one way traffic through the third and the 10-round distance schedule was looking increasingly optimistic. Ellis was game and brave but his face was bloody and he was taking too much.

It was a compassionate decision from John Pegg his corner not to allow him out for the fourth.

Ellis lost his third on the bounce and is now 11-4.