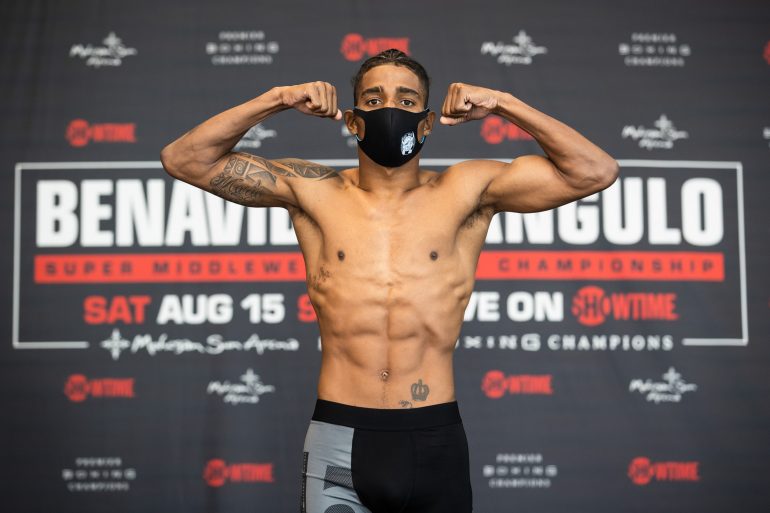 Jackson Marinez (19-1, 7 knockouts) addresses the media ahead of his lightweight showdown against former IBF titleholder Richard Commey this Saturday at the MGM Grand in Las Vegas.

Marinez, 30, of the Dominican Republic is hoping that a win against Commey can get him a second shot at the only fighter who has ever beaten him, Rolando Romero, who won a decision over him in August.

The Commey-Marinez fight will headline this weekend’s Top Rank on ESPN card after the Joe Smith Jr. vs. Maxim Vlasov fight was postponed due to a positive Covid-19 test from Vlasov.