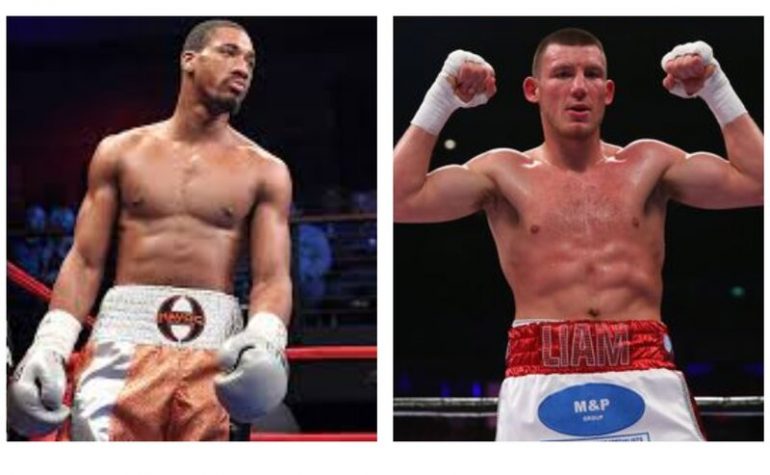 A deal has been reached for Demetrius Andrade to defend his WBO middleweight title against Liam Williams, it was officially announced Wednesday.

A purse bid was organized, but a deal was struck before it took place.

“Pleased to announce terms have been reached for @BooBooAndrade to face @Liamwilliamsko for the @WorldBoxingOrg World title in April in the USA – full details coming soon,” stated Matchroom Boxing promoter Eddie Hearn via Twitter.

The 12-round bout, which will stream live on DAZN, will be a clash of Ring Magazine top-10 rated middleweights. Andrade and Williams are ranked No. 3 and No. 8, respectively.

Andrade (29-0, 18 knockouts), who resides in Providence, Rhode Island, will be making the fourth defense of the WBO title he won in 2018 by defeating Namibia’s Walter Kautondokwa.

In his last bout, on January 30 of last year, the southpaw Andrade battered Luke Keeler of Ireland, dropping him multiple times before the fight was stopped in Round 9. Prior to moving up to middleweight, the 32-year-old won a WBO title at 154 pounds.

Williams (23-2-1, 18 KOs), who resides in Clydach Vale, Wales, last fought on October 10, knocking out Andrew Robinson in the opening round. In his previous fight, in December 2019, he stopped Alantez Fox in five.

The 28-year-old has won his last seven bouts, all by knockout, since suffering back-to-back defeats to former WBO junior middleweight titleholder Liam Smith in 2017.

Williams is trained by Dominic Ingle and managed by MTK Global.