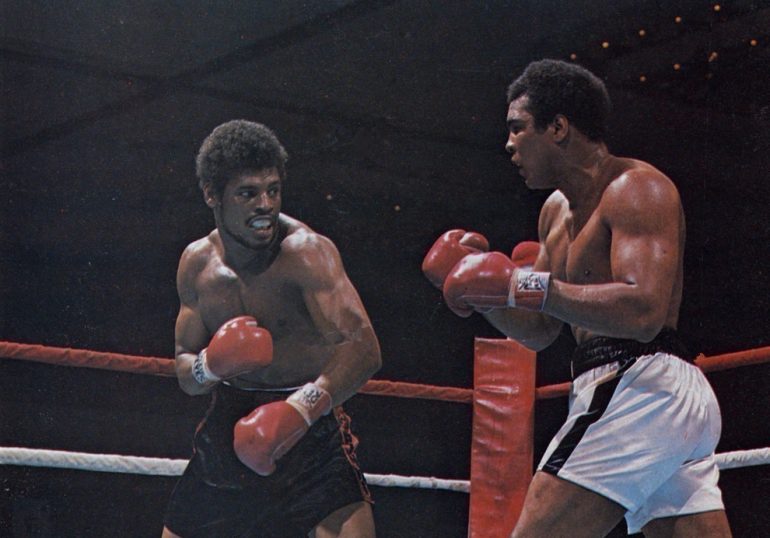 Photo from The Ring archive
07
Feb
by The Ring

Editor’s note: This fight report originally appeared in the April 1978 issue of The Ring Magazine.

Las Vegas, NEVADA – In an incredible night of fistic history, Leon Spinks snatched the world heavyweight title away from the legend that was Muhammad Ali.

The 24-year-old, 197 ¼ pound Spinks, fighting his eighth professional bout, outran, outpunched and outfought the aging 36-year-old, 224 ½ pound champion. Spinks emerged from their 15-round title bout with a split decision and the world heavyweight title.

This was the stunning climax of a Cinderella story for the ex-Marine who rocketed from a St. Louis ghetto to fame as an Olympic gold medal winner in 1976.

The Spinks victory was the greatest upset in heavyweight history since the man then called Cassius Clay took the title from Sonny Liston in Miami on February 25, 1964.

It was the fourth time in history that the heavyweight championship has changed hands on a decision. The first time was in 1926, when Gene Tunney outpointed Jack Dempsey for the title.

The sell-out crowd of over 5,000 at the Hilton Pavilion was in near hysteria as ring announcer Chuck Hull proclaimed: “The winner and new world heavyweight champion—Leon Spinks.” 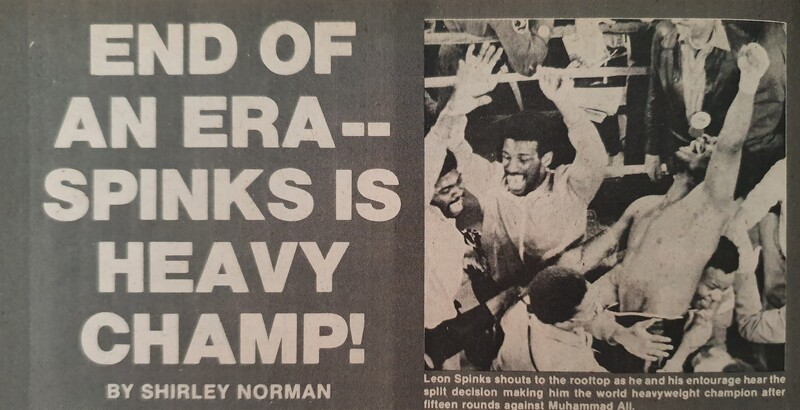 The “Spinks Jinx” was in action from the opening bell. Leon sprang from his corner, jabbing furiously at Ali’s head. Ali resorted to the familiar tactics, covering up, dancing away, and teasing his opponent with his long left jabs.

Throughout the fight, Ali resorted to his famous rope-a-dope. However, Leon Spinks was no George Foreman, and only in the middle rounds did the challenger give any evidence of tiring. The usual Ali tactics were slow, clumsy and ineffectual. The butterfly did not float—it shuffled. The bee did not sting—it merely buzzed.

Ali danced his way through the third round, with Spinks constantly chasing him around the ring. Ali found himself in the corner, covering up with both fists. He emerged from the corner with a series of long left jabs, immediately countered by Spinks’ more potent punches.

Spinks proved to be a master at ducking punches throughout the fight and several of the Ali jabs missed their mark.

Ali’s mouth was bloodied in the fourth round, causing massive swelling. By the fifth round, the champion began taunting and talking to his opponent. The clowning resulted in a brutal left thrown by Spinks to Ali’s head.

Spinks began punching to Ali’s body in the sixth round and the champ was thrown back to the ropes, momentarily.

The seventh round saw the champion and the challenger tagging each other around the ring, with Spinks ducking most of Ali’s blows and countering with his own left-right combinations to the head.

Ali was pushed to the ropes again in the eighth round, as Spinks swung a series of blows to his body. Ali countered with combinations to the challenger’s head.

The ninth round saw Spinks let go with some brutal right hooks to Ali’s head and body, while Ali countered with similar tactics.

A wild exchange of punches marked the tenth round as Ali charged at Spinks, pinning him to the ropes. Spinks charged back and Ali reverted to his familiar rope-a-dope.

The eleventh round saw the fighters again chase each other around the ring. Ali reverted to the rope-a-dope and then to some head shots at his opponent. Spinks countered with blockbuster punches to Ali’s head and jaw.

The eleventh was probably Muhammad Ali’s best round of the bout and the frenzied crowd began shouting: “Ali – Ali – Ali.” However, the twelfth round saw Spinks back in command, as he ducked most of Ali’s left jabs. There was a constant flurry of punches between the two men.

The thirteenth and fourteenth rounds were more of the same: Ali dancing away, Spinks chasing after him, and Ali covering up against the ropes. Spinks managed several brutal right uppercuts during the latter rounds.

The sentiment of the crowd switched to Spinks by the fourteenth round—and the fickle fans began to shout: “Leon – Leon – Leon.”

The fifteenth round was a study in fury as the fighters engaged in some fierce exchanges of body blows. Spinks was momentarily staggered by a left to the head, Ali took Spinks to the ropes, and Spinks took Ali to the corner as the bell sounded to end the round. 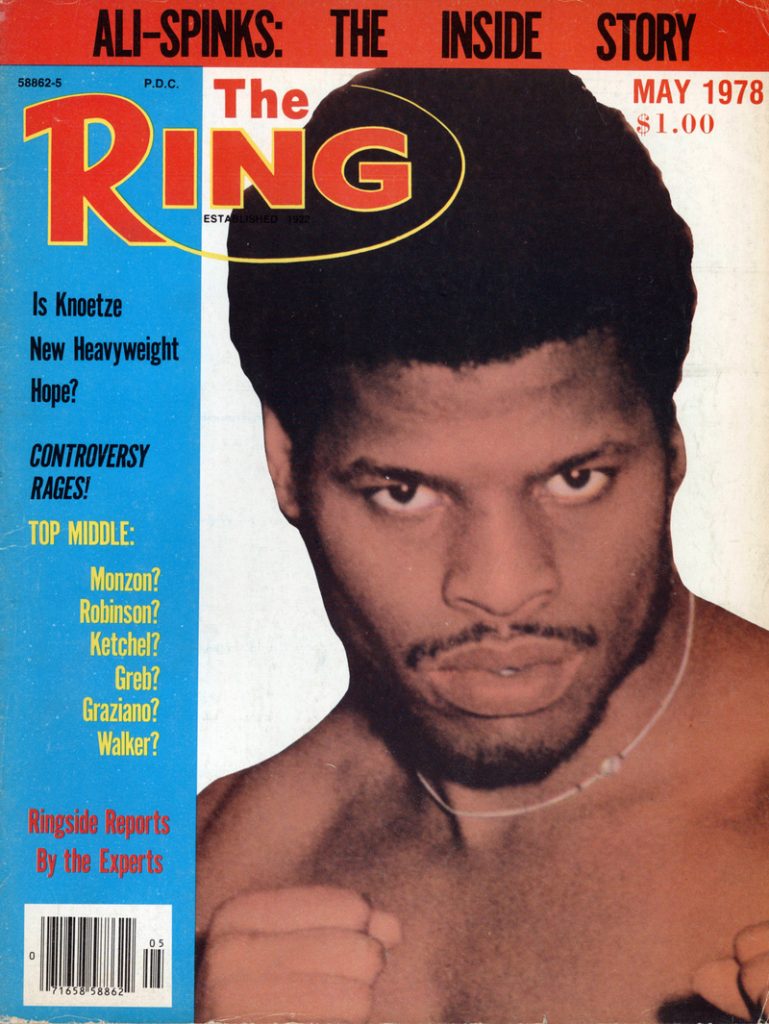 At the post-fight press conference, the new champion and the old champion appeared to be the best of friends. Ali was in surprisingly good spirits as he announced: “If I had to lose the title, I’m glad I lost it to a real man like Leon. I didn’t know he could fight like that. I know all you press people were surprised, and I’m glad he proved you all wrong. I was surprised myself and I was right there in the ring. I should be sad, but I’m not. We’re all gonna lose sometime in life. What I really kept feeling in this fight was age.

“But,” concluded Muhammad Ali, “don’t count me out yet. I’m gonna rest awhile and then I’m gonna come back. I’m gonna be the first champion in history to win the title three times!”

Leon Spinks, the new champion, took his startling victory with surprising calm. He uttered: “Tonight I won my second gold… The first time was in the Olympics.

“I trained hard for the fight. I had to train hard to beat a great man, but I showed all you people who thought I couldn’t beat the champion.

“This was my dream,” grinned Spinks in conclusion. Tonight I realized my second dream. The first one was when I won the gold medal in the Olympics!”