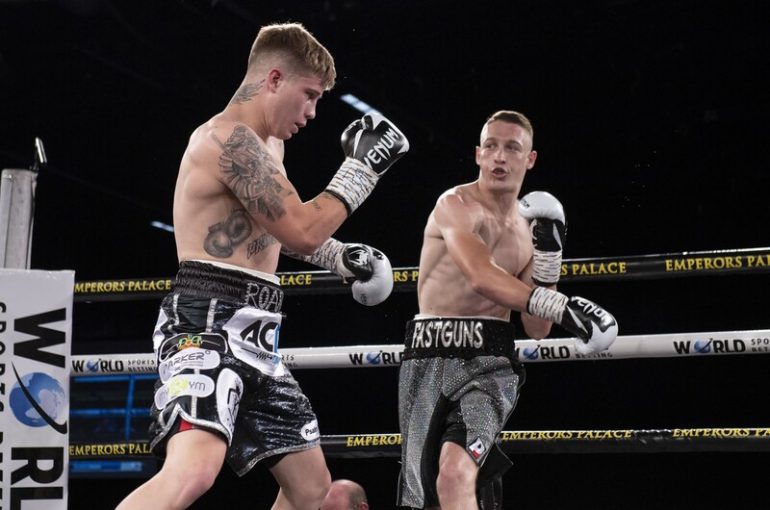 “The win over Boyd, it was a grudge fight for me. We had history together. I wanted revenge [for] the loss I had against him. So, beating him and winning the two titles in the process [was a great achievement].”

Worst night of pro career and why: Thysse was stopped by sturdy veteran Nkululeko Mhlongo (TKO 10) in 2017.

“We pushed to do the fight, but I don’t think I was ready for that caliber of fight at that time,” he admitted. “Not winning that fight, and losing the way I did, I was most disappointed in that fight.”

What’s next: It’s not known exactly what Thysse’s next move will be, but Rodney Berman is eager to move him onto the next stage of his career.

“[From] here on in, it’s international opponents on his path to eventual recognition by the sanctioning bodies,” confirmed the promoter.

Why he’s a prospect: Thysse wasn’t a decorated amateur, but he captured a silver medal in his one attempt at the national title before turning professional.

He trains and spars alongside big punching Emmany Kalombo, who was previously featured in New Faces, as well as welterweight prospect Jabulani Makhense.

Thysse feels his biggest strength as a fighter is his boxing brain.

“I’m able to adapt, see a situation and change how I react in any way I need to,” he said. “Also, I’m a quick learner; it doesn’t take me too long to know how to do it.”

Thysse made wholesale changes after losing to Boyd Allen in May 2019.

“I knew I needed to make some changes,” said the 26-year-old. “That’s why I stopped working for my father at his stationary shop. I started going to boxing full time. It made a huge difference.

“I knew I needed to win the [email protected] tournament if I wanted to go places. I put everything into it, and I believe I saw a new level of myself. I’m excited to keep on going from here.”

Damien Durandt, son of the late acclaimed trainer Nick Durandt, has been around boxing since he can remember and likes what he sees from his fighter.

“[Brandon’s a] great boxer with lots of potential, his future is bright,” said Durandt. “With every fight he continues to get better. I think he’s a fast learner, he’s got a good understanding of the sport, and he’s willing to put in the hard hours during camp.”

Berman also feels that Thysse can continue to improve.

“He’s one of a rare breed who is gifted with authoritative power to compliment his excellent skills,” he said. “He stopped two really good fighters to win the [email protected]

“Brandon’s father, Andre, was an outstanding fighter and his genes have been inherited. Brandon is destined to reach far greater heights than Andre.” 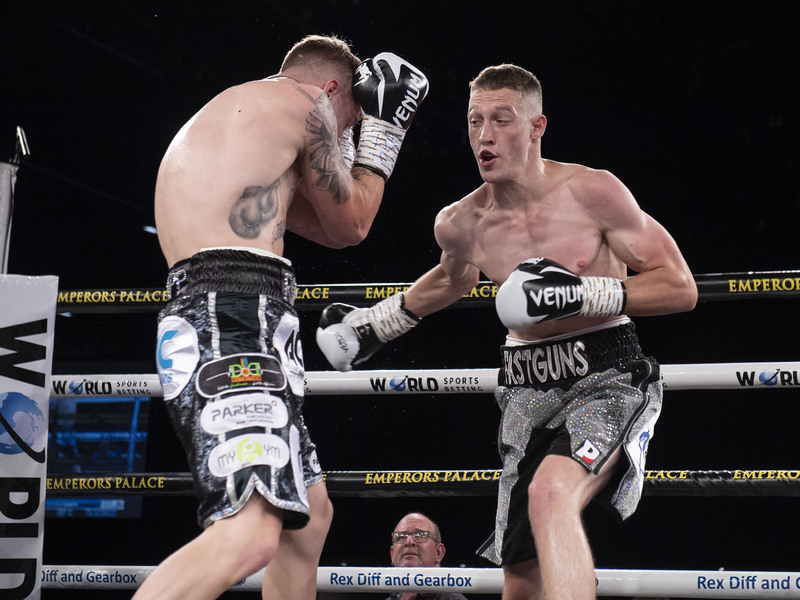 Why he’s a suspect: Thysse has clearly kicked on since switching to Damien Durandt and becoming a full-time boxer. How much further he can go remains to be seen.

He’s an exciting fighter and emphatically beat Allen in their rematch, having previously fell short over 12 competitive rounds.

“Not giving away too much, but I learn every day” he said. “Boxing is a sport where you constantly learn. I believe there is quite a bit I need to improve on but that will come with time.”

Durandt isn’t focusing on a particular area, preferring to continue to work on everything.

“He needs to keep working hard at it, regardless of whether he’s fighting or not,” said Durandt. “Every boxer can continue to improve, however, it comes down to staying in the gym constantly.”

International experience will certainly help Thysse grow more as a fighter and give us a clearer indication of what his level is.

Storylines: Thysse is from Germiston, a suburb of Johannesburg, South Africa.

His parents divorced when he and his younger brother were small.

“I wouldn’t say it was easy or too tough,” he explained. “You get ups and downs in life. My parents did their best to keep us fed and have clothes on our backs, we went to school.”

From a young age he was around boxing.

“I always knew my dad was a boxer,” he said. “I saw video tapes of him boxing. I went to a few of his fights. Also, the people around us, every time they see my dad, there’s always been talk about boxing.

“I’ve grown up in boxing but I never wanted to box until I was 18 years old. I was always a rugby fan. I thought I’d give boxing a try and that’s what I wanted to do.”

“The reason I stared boxing is because of him,” he explained. “He’s stepped away a little bit, he’s trying not to get as involved as he used to, mainly because he’s seeing I’m growing into my own type of boxer. I’m not the same boxer he was in his day, I think he respects that.”

It’s clear that Thysse looks upon his father as a hero.

“Definitely, 100 percent,” he said instantly. “He showed me that with hard work and dedication you can go somewhere. He was a South African champion, he fought multiple big names overseas and I’d like to follow and eventually go past his achievements. I really want to make him proud of what I’m achieving in boxing. I’ve always looked up to him, he’s my idol.”

Thysse is a student of the game. Even when he’s not at the gym he spends time immersed in boxing.

“I still watch a lot of boxing videos and keep up to date with boxing stuff,” he said. “I’m a big family guy, I go to church but not at the moment because of Covid.”