Tim Tszyu vs. Dennis Hogan set for March 31 in Australia 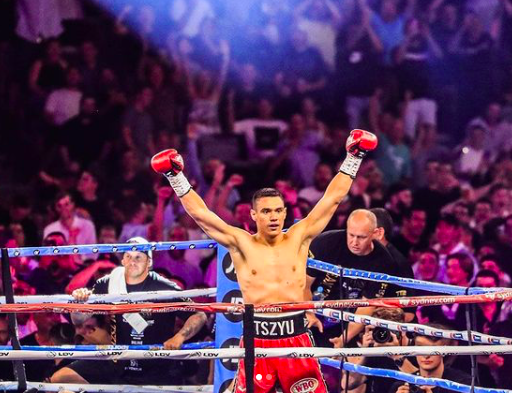 Another challenge awaits for Tim Tszyu at the domestic level before a likely move abroad later this year.

The Australia native Tszyu, who is ranked No. 10 by The Ring, will face former two-time world title challenger Dennis Hogan on March 31, the unbeaten junior middleweight announced Friday.

No venue has been announced. The fighter is likely to be set for 12 rounds max.

“Plenty of interest in this one with Sydney, Newcastle, and Gold Coast venues fighting it out to host this cracker of an event,” Tszyu posted on social media. 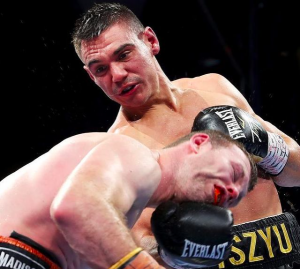 Tszyu opened eyes when he closed the show on Horn.

Tszyu (17-0, 13 knockouts), who resides in the Sydney suburb of Rockdale, last fought on December 16, stopping once-beaten Bowyn Morgan in the opening round.

Less than four months before the Morgan fight, Tszyu notched his biggest win as a pro, dropping former WBO welterweight titleholder Jeff Horn two times before the fight was stopped after eight rounds.

The 26-year-old Tszyu, who is the son of former world junior welterweight champion Kostya Tszyu, has stopped eight of his last 10 opponents. (Click here to get the lowdown on Kostya, from a RING story penned by Anson Wainwright.)

There have been preliminary discussions of Tszyu appearing on the proposed fight card later this year featuring undisputed lightweight and Ring Magazine champion Teofimo Lopez taking on George Kambosos, Jr., which is penciled to take place in Australia, and him traveling to the United States to face the winner of the WBO title fight on Feb. 13 between Patrick Teixeira and mandatory challenger Brian Castano. 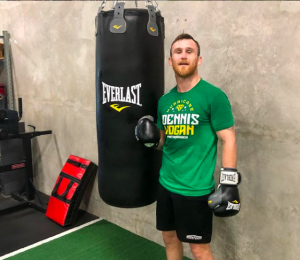 The fighter, who resides in the Brisbane suburb of Newstead, was dropped twice before losing by knockout in round seven to WBC titleholder Jermall Charlo in December 2019.

His most notable bout came in April of that year, when he challenged then-WBO junior middleweight titleholder Jaime Munguia, losing a close majority decision that some thought Hogan did enough to win the fight.

Prior to his back-to-back losses to Munguia and Charlo, the 35 year old Hogan had won his previous six bouts since losing to Jack Culcay in December 2015.