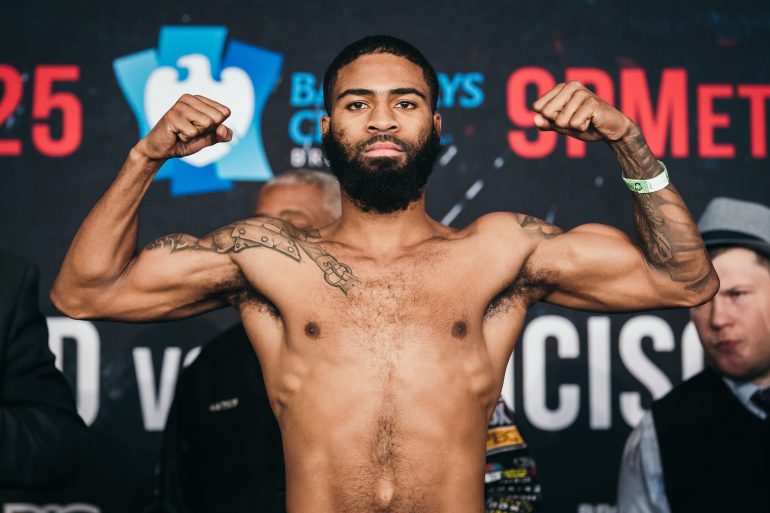 The reminders are up there on a long, winding white wall on 49th Street and Westminster Avenue smiling back at him. Stephen “Scooter” Fulton makes it a point to see it each time he comes home.

You see, he knew those five smiling faces. They can only look at him now through a memorial mural in West Philadelphia in a section called “The Black Bottom,” where urban blight is everywhere, from the grass protruding from the cracked street pavements, to the crack vials that crunch under children’s feet each morning when they walk to school.

Fulton wishes those five faces, all dead before they turned 24, could really see him today. The newly minted WBO junior featherweight titlist could have easily been one of those faces up on the wall.

And he knows it.

Maybe it’s why Fulton (19-0, 8 knockouts) was so reserved after dominating Angelo Leo (19-1, 9 KOs), becoming the eighth undefeated fighter on Fulton’s record, to win the WBO title Saturday night on the initial Showtime Championship Boxing telecast of 2021 from the Mohegan Sun Arena, in Uncasville, Connecticut.

“It still hasn’t sunk in,” Fulton admitted a few days after his biggest victory to date. “I still haven’t had that moment yet when I hit the ground and I finally realize that I’m a world champion. I spoke to my son on the phone on Saturday night and he said ‘Congratulations daddy,’ and I’ll admit that tugged at my heart a little bit.

“I’m ready for this. I’ve been ready for this for a while. I think this is where I belong. The way my emotions are and the way I carry myself, I feel this is always where I’m supposed to be.”

Fulton’s main goal is to unify the 122-pound class. His aim is to face the winner between WBC titlist Luis Nery and WBA secondary beltholder Brandon Figueroa sometime in late spring.

For now, he’s basking in the glow of being the only champion in Philadelphia. Hall of Famer Bernard Hopkins is retired, Danny Garcia last held a major title in 2016 and Jaron “Boots” Ennis is on his way to winning a title.

On the “big four” landscape, the 2017 Super Bowl champion Philadelphia Eagles are on NFL’s skid row, after finishing last with 4-11-1 record in the NFC East, the worst division in NFL history, the 76ers got knocked out the NBA playoffs last year, the Flyers are struggling to make the playoffs this year and the Phillies failed to make the playoffs last season for the ninth-straight year.

That’s the shaky Philadelphia sports mantle on which Fulton sits.

“I still have more to do, because I want to be the undisputed junior featherweight champion,” Fulton said. “The biggest change in my life is coming home to West Philly being a world champion. I’m going to give myself a little time off and I try to get back into the ring in May or June, if that can happen, if not earlier.”

Fulton said he could be better than how he performed Saturday night. “Cool Boy Steph” received 11 of 12 rounds from judges Frank Lombardi and Waleska Roldan, and 10 of 12 from Steve Weisfeld.

He looked so energized after the fight that he could have gone another 12 rounds. Wahid Rahim stepped in to become Fulton’s lead trainer for this fight and definitely made an impact.

“I want to move this year, because I know how important life is, being shot at when I was 16 and again when I was 21,” Fulton said. “Wahid did a great job in the corner. I was more prepared for this fight, and Wahid made me see different aspects of this fight that I didn’t see.

“I even sparred with Wahid. It means a lot being the lone champion in the city. I want to prove that I’m here to stay.”

Rahim has a greater, wider image of where Fulton can go.

“This was not only a victory for himself, but for the whole city of Philadelphia and I saw the amount of sacrifices Scooter was willing to go through,” Rahim said. “The sky is the limit for Scooter. He’s always felt within himself that he was a world champion.

“We’re trying to bring a feeling of brotherhood to Philadelphia. Stephen is a giving man and he’s trusting. Scooter was the one who made the adjustments in the (Leo) fight. He decided to change tactics and I had faith in him that he made the right choice.

“I let him lead the way. This means a lot for Philadelphia and we’re trying to change as many lives as we can. Scooter is someone who can give hope to a lot of kids, especially where he comes from. Our main goal is to become undisputed. We want to fight all of the champions.”