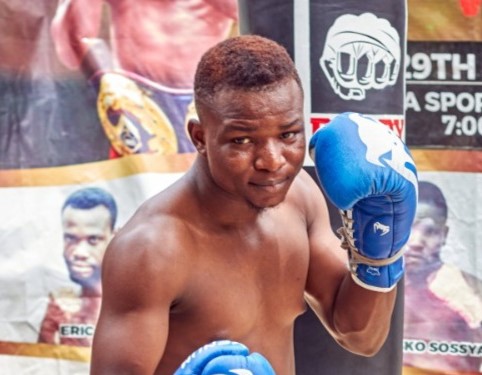 Dunkin, who is best known for working with the likes of Kelly Pavlik, Tim Bradley and Nonito Donaire and currently lists Jaron Ennis and Brandun Lee among his clients, is happy to have signed the power-punching Ghanaian to a promotional contract after brokering a deal with his representative.

“I’m delighted to have reached an agreement with John Manfo to promotionally sign Wasiru Mohammed,” Dunkin told The Ring. “I saw a video of Wasiru a while ago and I was really impressed. I used my contacts to locate Wasiru and we were able to quickly work out a deal.

“Wasiru is an exciting fighter, with really good power, and I think he’s a great addition to our stable.”

Dunkin said his newest acquisition will make his American debut in the spring.

“I think he’ll make an impression on the junior featherweight division in the coming months,” said Dunkin.

Mohammed’s manager, John Manfo, is pleased to have got the deal over the line.

“We are very happy and excited to be given this opportunity to work with Cameron Dunkin and D&D Boxing,” said Manfo. “We believe his outfit is best suited to help Wasiru Mohammed reach his goal as a world champion.

“We look forward to our journey together and pray for success.”

Mohammed gained valuable experience on the national amateur team before turning professional in April 2017. He has since won the Ghanaian national title as well as a regional title. The 24-year-old has sparred with former WBO 122-pound titleholder Isaac Dogboe and world title challenger Duke Micah.

“I am happy to sign with Cameron,” said Mohammed. “I can’t wait to fight in America. [Angelo Leo and Stephen Fulton] are nice boxers, I wish to fight with them. Let’s do it, let’s fight, I’m ready for business. I don’t fear anybody at junior featherweight.”