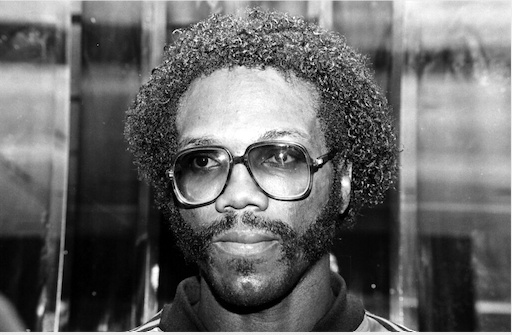 Depending on perspective, it was either a curse to be in the mix with them or a blessing to be associated with them.

For Ohio’s Vonzell Johnson, it was a little of both. He was a decorated amateur who had a comparatively brief career but retired after back-to-back losses to Saad Muhammad and Spinks. 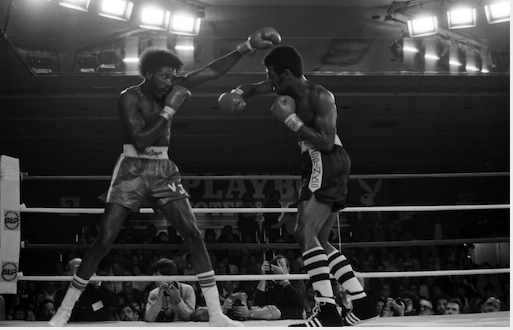 If your two world title chances came against those two first-ballot Hall of Famers then you’ve drawn a short straw, of sorts.

Vonzell, now 68, still lives in Columbus and he has worked at the Lula Pearl Douglas Rec Center (named after Buster Douglas’s late mother) for at least a couple of decades.

“I had it back in March,” he said. “It was horrible, but I’m good now. It wasn’t good. It was the worst thing I ever had. I stayed home and had to fight through it and it was hard.”

Vonzell was a 1974 Golden Gloves and AAU champion, incredibly rangy at 6ft 4 but he wasn’t averse to having a tear up. He beat future pro champs Marvin Johnson and John Conteh in the amateurs and travelled with the US team to Russia and the Ukraine.

Of fighting future three-time 175 pound champ Johnson, Vonzell said: “I fought Marvin in the amateurs, in my hometown. I beat him but it was a very hard fight. The guy was only 17 years old and they had billed him as the ‘Indianapolis Sensation’ and he had a hard left hand, he hit me with it one time and I really felt it, but I ended up winning the fight.”

After turning pro in November 1974 he trained in Kalamazoo, a couple of hours from Detroit, working with trainers Henry Grooms and Del Williams.

He ran up 15 wins, defeating trialhorses like Wayne McGee and Joe Middleton and he also crossed swords with his future coach when he fought Tony Greene in San Antonio.

“Don King had a tournament and Angelo [Dundee] had a kid in the tournament called Tony Greene,” remembered Johnson. “I was getting my hands wrapped and Angelo came in the room and watched my trainer wrap my hands and he told my trainer to take the wraps off. He was trying to intimidate my trainer, so I told my trainer, do whatever he wants, take them off, and I looked at Angelo Dundee and I told him, ‘You just got your guy knocked out’. And in the third round, I knocked out Tony Greene and I looked over to Angelo and said, ‘You did that. I told you.’”

As time went by, Vonzell was trying to get out of a managerial contract and Dundee heard about it.

“Angelo called me right away, and that’s how that started,” said Johnson, and he would train with Dundee in Miami’s 5th Street Gym.

Vonzell had already beaten Gary Summerhays in Columbus, Ohio, winning over 10 rounds in June of 1977.

“He was the Canadian champion and I fought him in my hometown but it wasn’t much of a fight for me,” said Johnson, who lost for the first time in his career when he next fought the very capable Jerry Celestine in New Orleans, two months later.

“Jerry could fight,” said Johnson. “He’d just got out of prison and I knew it was going to be a tough fight but I outboxed him, I outpointed him, I hurt him a couple of times but they still gave him the fight because it was his hometown.”

Unperturbed, Johnson was back to winning ways two months later and five victories on he faced hard New Yorker Johnny Davis, earning an eight-round decision. Davis was another of those peripheral contenders, who boxed the likes of Marvin Johnson, Dwight Qawi, Spinks and Lopez. He beat a novice Qawi but lost their return.

“Those guys [like Johnny Davis], back then anyone could be world champion,” he said. “Those guys were tough. I outpointed Johnny.”

That was on the undercard of Alexis Arguello’s victory over Cornelius Boza-Edwards in Atlantic City.

Vonzell met Arguello, but he also knew the Nicaraguan’s nemesis, Aaron Pryor from their amateur days.

“I went to Russia in 1974 with Aaron Pryor and after that I was with him in Cincinnati when he was getting ready to fight Alexis and he said he was going to get Alexis out of there, and I said ‘I hope you do, good luck’. But Alexis was a legend. I wasn’t sure he could be beaten but Aaron could take a punch and he was durable and he’d keep coming at you. When he fought Arguello it wasn’t a surprise he won that fight because Aaron was just like Saad  Muhammad, durable, durable, durable and down the stretch he was still durable.”

Saad had been due to face old foe Eddie Mustafa Muhammad in a unification superfight put on by promoter Harold Smith. But when it was revealed Smith had embezzled millions from Wells Fargo to stage his events, the big New York show fell through and Saad needed a new dance partner.

“They were looking for someone in the top 10 to replace Mustafa, so they called Angelo Dundee,” recalled Vonzell. “He asked me if I’d take the fight, he mentioned about the three weeks and I said I was going to try and get Matthew out of there. I’ll train for three weeks and try to get him out of there. Back then you couldn’t turn down a world championship fight. I couldn’t turn it down. He had good power in both hands. It was a matter of outmanoeuvring him and outsmarting him because he had power.”

Alas, Johnson had his moments, shaking Saad in the first, causing his nose to bleed in the second and giving Saad plenty to think about but Matthew turned the screws and started to make his own breakthroughs. Finally, in round 11, Johnson wilted. Perhaps he could have held on and dug in to last a 12-rounder but with the short-notice, he didn’t have 15 rounds in him.

Nine months on he fought WBA champion Spinks and was stopped in seven rounds by the best he fought.

And that was that for Vonzell. He didn’t box again.

He was one of the many who didn’t quite make it to the mountain top, rather than one of the few who did during a thriving period for the light-heavyweights.

BEST JAB: Probably Michael Spinks. He used it more than most of the opponents I fought. I had a real good jab and I used mine a lot, but out of all the guys I fought, he used his jab more. I was tall with a long reach so not many guys could outjab me.

BEST DEFENSE: It’s probably the same. Probably Michael. He wasn’t that easy to hit, he was kind of tall, too, and he had an awkward style.

BEST HANDSPEED: I don’t know. I was pretty quick. I was hard to hit, so it’s hard to say who had the best handspeed.

BEST FOOTWORK: I would say probably Yaqui Lopez. Yaqui was experienced, he was tall and could box a little bit [this fight isn’t listed on BoxRec].

SMARTEST FIGHTER: Yes, that would be Spinks, too.

STRONGEST: There was a bunch of them, but Matthew probably. He was the strongest and most durable. He got stronger as the fight went on, that was his forte, being durable.

BEST PUNCHER: Probably it was Michael. Matthew could punch too, but Mike had a sneaky kind of power in his punches and a sneaky right hand.

BEST BOXER: John Conteh, from England. I fought him in the amateurs at the Ohio State Fair. He was a straight up boxer and he had some nice boxing moves, he could move well.

BEST OVERALL: Spinks, he was tall and awkward, he was clever though and he had that awkward style about him.

BONUS: Here is the Best I Faced compilation, from Michael Spinks.