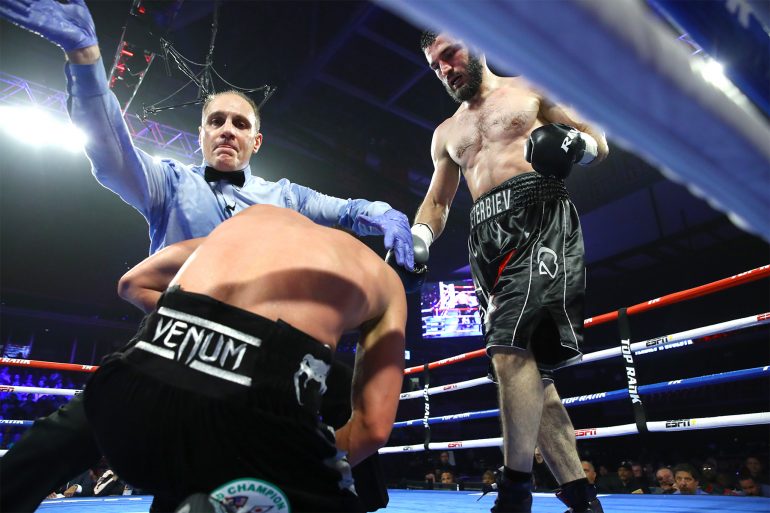 Following a battle with COVID-19, unified light heavyweight titlist Artur Beterbiev’s long-awaited return to the ring is over.

Beterbiev was scheduled to face Meng Fanlong last March, but the coronavirus pandemic forced the fight to be pushed to October.

However, when Fanlong failed to secure a temporary visa to travel to Russia for the fight, he was replaced by Deines, a relatively unknown southpaw based in Germany.

Just a month before the two were set to battle, Beterbiev suffered a rib injury, and the bout was rescheduled for Jan. 30. But the Russian tested positive for COVID-19, which forced yet another postponement.

But barring any unforeseen circumstances, it appears Beterbiev-Deines will finally take place.

The 35-year-old Beterbiev won the IBF title with a 12th-round knockout against Enrico Koelling in 2017. He made two successful defenses of the belt before stopping Oleksandr Gvozdyk in the 10th round of their October 2019 clash to add the WBC title to his armour.

Fanlong outpointed Deines in a 12-round affair back in 2019 that took place in China. Since then, he has collected two wins, albeit against limited opposition. One opponent was just making his second professional fight, while the other had a winning percentage under .500.