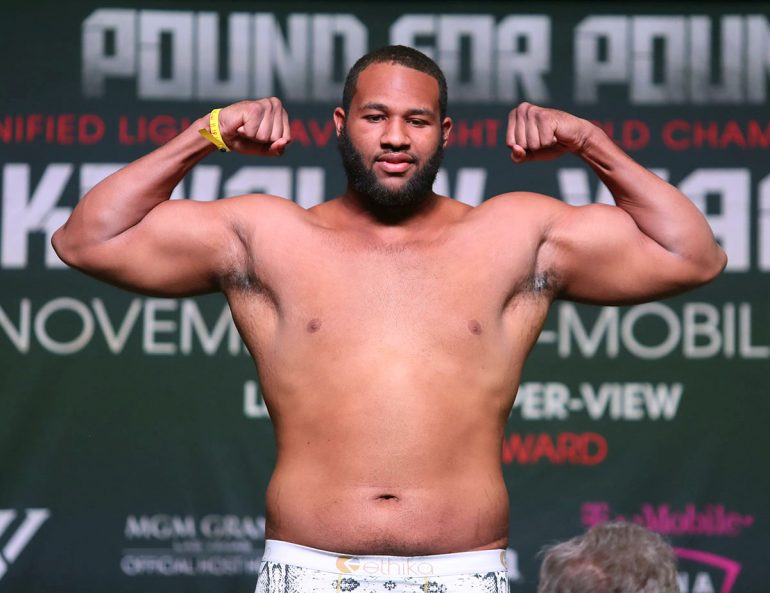 Unbeaten heavyweight prospects Michael Coffie and Darmani Rock will square off on January 30, it was announced Tuesday afternoon.

The 10-round bout will take place at the Shrine Auditorium and Expo Hall in Los Angeles, California and will precede the main event bout between IBF super middleweight titleholder Caleb Plant and Caleb Truax.

Coffie (11-0, 8 knockouts), who resides in Brooklyn, New York, last fought on November 7, stopping gatekeeper Joey Abell in the second round when Abell was unable to continue due to an arm injury suffered during the fight. The 34-year-old has won his last three bouts by knockout.

A former Marine Corps veteran who picked up boxing after returning from his serving his country overseas, Coffie found modest success in the amateur ranks before turning pro in November 2017. He is promoted by Marshall Kauffman.

“I think this is going to be a really good fight,” said Coffie, who has recently sparred with Deontay Wilder and Adam Kownacki. “We match up with our physical stature, both height and weight. My thought is that Rock is a good fighter. He has never been put in a position where he has had to dig deep. I feel like that I always have had to dig deep because I never had a huge amateur background. Every fight I have had to will myself. A win will be another step closer to fighting the fight that people want to see.”

Rock (17-0, 12 KOs) has not fought since October 2019, when he stopped Maurenzo Smith after round 2 in his hometown of Philadelphia. He has stopped seven of his last eight opponents.

Despite the long layoff, the 24-year-old Rock believes he has the pedigree and the skill-set to outbox and defeat Coffie.

“The layoff might have a little impact on me, but I don’t think it will be a big problem,” said Rock, a former amateur standout. “I just got to do what I got to do. I don’t really know much about him. I know he looks strong. The main thing I have to do is get the feel back and listen to my corner and my Pop and follow instruction and have fun. I’m glad this is on Jan. 30, because I want to be as busy as possible this year and make up for that year layoff that I had and stay in shape.’’