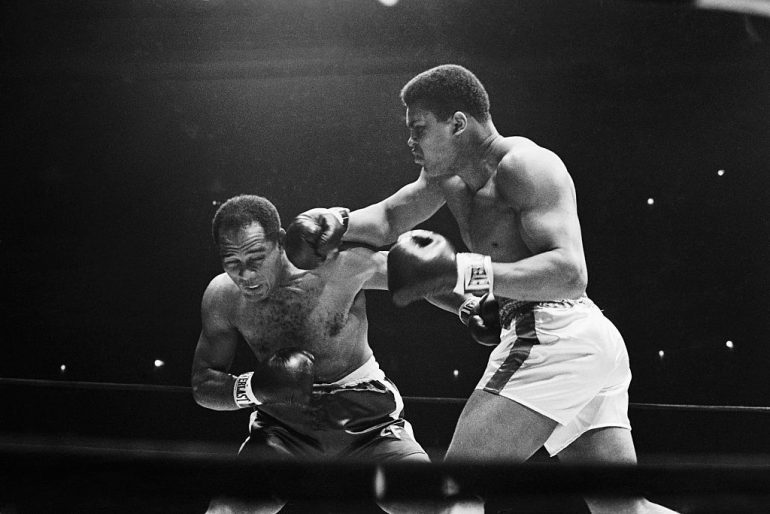 Photo by Bettmann/ Getty Images
17
Jan
by The Ring

Editor’s Note: This fight report was featured in the June 1967 issue of The Ring Magazine. It is being presented verbatim.

Muhammad Ali, whose aim is to better the record of Joe Louis’ 25 successful title defenses before retirement, added another victim to his string, nine in all, since winning the world heavyweight title from Sonny Liston. Clay stopped Zora Folley of Chandler, Arizona, in 1:48 of the seventh round in New York’s Madison Square Garden.

Although the field of top challengers has been reduced and the opposition has been weaker as the months go by, it is doubtful that Clay will reach Louis’ mark because of his status.

Unless his classification is altered by the courts, and in any event this may take some time, the fight with Folley was Ali’s last for quite a while.

True to his pre-fight statement that he would not torment Zora, as he had harassed other opponents, and that he would be more gentle with his latest challenger, Clay performed for three rounds as if he was engaged in training. As a result Folley gained those by doing little except following an aggressive style. Zora’s defeat was the most painless yet in a heavyweight title seven rounder.

But once the playing part was over, once Cassius had demonstrated to the gathering of 13,780 that he was the master despite his inactivity in the opening rounds, only two solid rights were sufficient to put Folley away.

A combination of lefts and right chin chops put Zora down for a count of nine in the fourth frame and set the Arizona heavyweight up for the kill.

Muhammad Ali saved Folley from the humiliation and the taunts he so often had practiced on opponents who refused to accept him, either as “The Greatest,” which he admits he is, or his Muslim sect.

The culminating wallop that turned the trick for Clay was much similar to that which ended the bout with Liston in Maine, a blow which many spectators didn’t observe and referred to as “the phantom punch.”

Those who sat around the ring can testify that it was truly delivered and did land where it did most for the winner.

Clay’s early dancing on his toes for three rounds, moving to and fro, flipping a light jab here and there, permitting Folley to assume the lead and act as the “aggressor,” produced skepticism.

He toyed with Zora until he figured that he might as well end it. Clay had stated that he would give the movie folks an opportunity to film enough of the fight to make the home movies worth viewing. He did just that. 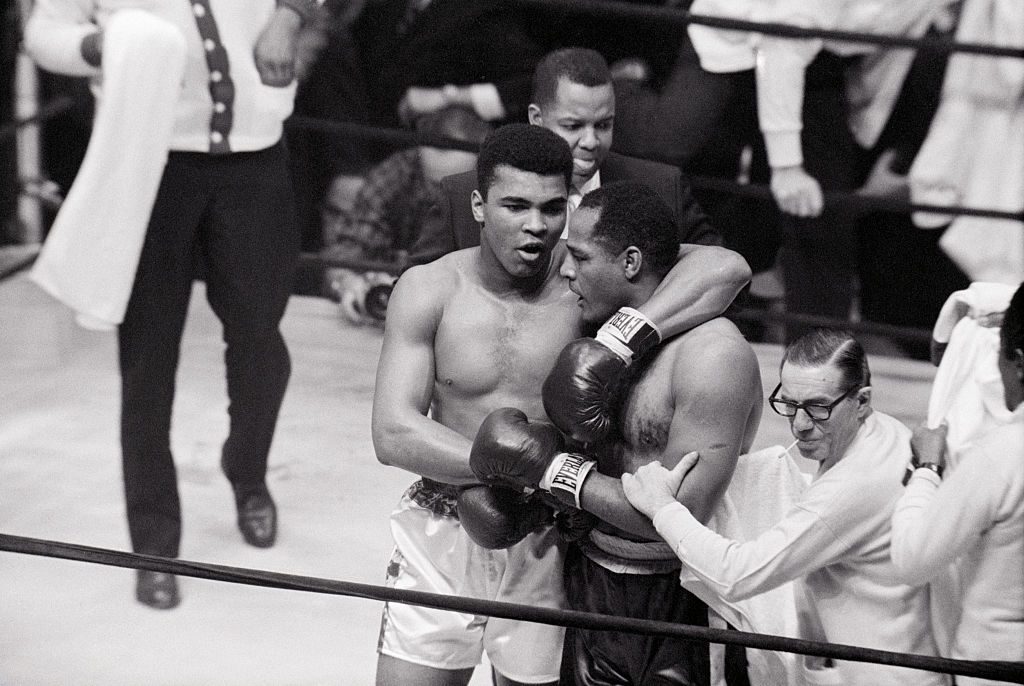 Weighing 211 ½ pound to Folley’s 202 ½ , seven pounds more than he figured to enter the ring, the heavyweight king was extremely fast on his toes at all times, never hurt. He did more dancing than in any previous contest, a procedure that carried no appeal.

It was a dance without the “Ali Shuffle” which he had said be would use, an enjoyable, pleasurable procedure for him, but rather annoying to Folley and those who had paid up to $50 to see a contest.

Folley’s eight children, and the fact that he needed a good pay day and had exhibited a feeling of friendliness toward Muhammad, had a bearing on the fight. That was obvious from the start. Under normal conditions, Folley would not have won the first three rounds by default. He might have been stopped inside nine minutes.

The situation changed in the fourth round after Angelo Dundee, his chief second, told Muhammad it was time for him to get going. Sitting near Clay’s corner I heard Cassius say, “Not yet.”

It was then that I figured Clay would open up for the kayo shortly. This he did toward the middle of round four when he caught the Folley chin with the right that dropped him. Folley had moved forward and Clay quickly moved in and sent the right to the chin. The Chandler battler fell on his face, arms tossed out, and it seemed that he was dead to the world.

But as referee Johnny Lo Bianco reached six, Folley suddenly leaped to life, and to the surprise of the fans, rushed at Clay as if nothing had happened to him.

Clay, certain he had ended the affair, held his hands over his head in victory. Folley, blood streaming from his nose, looked over to his manager as he arose from the canvas, and with a nod of his head indicated to Bill Swift that all was OK.

After that knockdown it became apparent Zora was doomed and the fight wouldn’t last more than a few more rounds. Clay had done what he had sought to accomplish and now his seconds were urging him to finish the job.

Twice Clay told Dundee “Not now,” but he did pursue a different attitude starting the fifth round.

He went after Zora more frequently, although with taps more than punches. Folley kept coming in, waiting for the chance to connect, but without result.

Clay was too fast-stepping for his opponent, too confident of victory. He knew he had nothing over which to worry. And so did the spectators.

The popping rights to the face, although not power blows, were sufficient to start closing Folley’s eye by the sixth round.

At the start of the seventh round, while Folley kept moving about waiting for the opportunity to shoot a telling blow. Clay maneuvered Zora into position. Like a flash came a short downward right, a chop, and the fight was over.

Zora, wobbly made  a strong effort to get to his feet. While Clay went to a corner, the combat veteran from Korea stumbled twice, did a half-cartwheel in a neutral corner, went full force down on the canvas and was counted out.

The fight was the easiest Clay had had since he won the title, except for his bout in Lewiston with Liston. It was similar to several Joe Louis had engaged in during his so-called “Bum of the Month” campaign.

It was Folley’s eighth defeat in his career and Clay’s ninth triumph in title defenses.

The affair also brought to Folley his top pay of a career that has embraced 74 victories and four drawn contests.

The fight drew the biggest Garden gate with a gross of $244,471, as against the previous record of $239,959, collected on March 30, 1965, for the championship double header between light heavyweights Jose Torres and Willie Pastrano and welters Emile Griffith and Jose Stable.

It was the first heavyweight championship fight staged in Madison Square Garden since January 12, 1951, in which Ezzard Charles knocked out Lee Oma. That fight had a gross of only $55,000, paid by 11,000 spectators.

FROM THE ARCHIVE: MUHAMMAD ALI SHOWED SOCK AS WELL AS SCIENCE AGAINST CLEVELAND WILLIAMS