From Harlem to Guayaquil: Arnold Gonzalez wants to build up Ecuador boxing 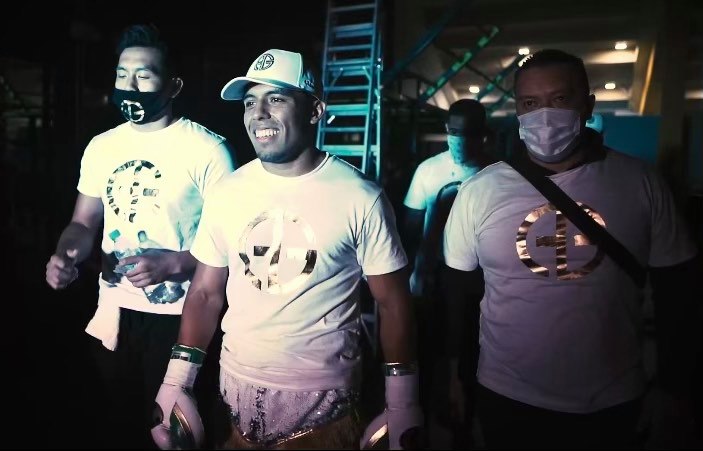 Gonzalez walks to the ring at Gimnasio del Estadio Olimpico Atahualpa in Quito for his last fight in September of 2020.
12
Jan
by Ryan Songalia

Boxing isn’t the first sport that comes to mind when you think of Ecuador. The nation of over 17 million people is, like all of South America, a soccer-first country. While it’s unlikely that the world’s most popular sport will be supplanted in Ecuador, Arnold Gonzalez is hoping to create a boxing culture there.

Gonzalez (5-0, 1 knockout) was born and raised in Harlem, N.Y., an area that is rich in boxing history. But both of his parents are from Cuenca, Ecuador, and Gonzalez is determined to build up the sport in his ancestral homeland.

The 26-year-old welterweight will face Venezuelan journeyman Jeffrey Quintero (11-10, 9KOs) on Jan. 30 at Fedeguayas sports complex in Guayaquil, Ecuador, the country’s largest city, and where his father currently lives. The fight, which will be Gonzalez’s first eight round assignment, will not have a live audience, but will be shown live throughout the country on Gamavisión.

Gonzalez is familiar with Ecuador, having gone back and forth to the country since he was a child. He fought there in September, outpointing local upstart Jhordy Mina in the capital city of Quito.

The altitude (Quito is 9,350 feet above sea level) took some time to adjust to, but coming from America to fight a determined local southpaw earned him respect from his countrymen, he says.

“The point of fighting in Ecuador is to build a fan base,” said Gonzalez, who trains with Julian Chua out of the Churchill Boxing Club in Santa Monica, Calif. “My goal is to go over to Ecuador, dominate, build a huge fan base and then eventually come back to the States with a whole country behind me, something like the Filipino boxer Manny Pacquiao did with the Philippines.”

Gonzalez got to see firsthand what sort of fanbase Pacquiao has.

He had an on again, off again amateur career, and was enrolled in criminal justice classes at John Jay University, when the boxing bug bit him again. In 2018, he packed his gym bag and went out to Los Angeles to try to impress legendary trainer Freddie Roach at the Wild Card Boxing Club.

Gonzalez hung around the gym day and night. He eventually began sparring with Roach’s fighters, and holding his own. When Pacquiao announced that he would be returning to the Wild Card to train for his fight with Adrien Broner in January of 2019, Gonzalez told Roach, “I can fight like AB but better.”

The confidence Gonzalez exhibited was enough to pique Roach’s curiosity. Roach advised him to extend his stay in California to spar with Pacquiao. The first day of sparring, Gonzalez showed up at the gym an hour early, and was already warmed up and excited to show what he had. 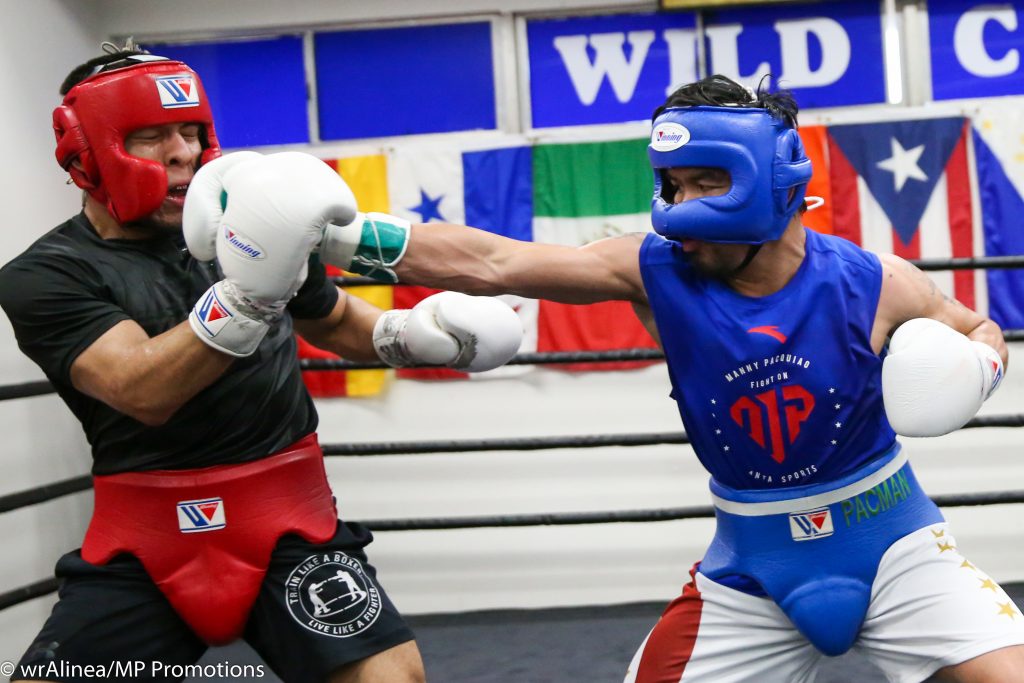 The awe lingered for about a round, but Gonzalez says he eventually found a rhythm, and he became Pacquiao’s lead sparring partner leading up to the fight, which Pacquiao won by a comfortable unanimous decision.

“I feel like he’s the perfect role model to be in a training camp with because…his work ethic is just insane,” said Gonzalez of Pacquiao. “I’ve never seen someone be in the gym and train for 3-4 hours straight through without taking a break. Even when he’s taking a break, he’s bouncing on his toes.” Gonzalez also took note of Pacquiao’s humility, and how he didn’t need to be boisterous to exude confidence.

Gonzalez was able to make an impression on MP Promotions president Sean Gibbons, who now advises his career.

“The kid is one of the hardest working fighters I’ve ever seen,” said Gibbons. “[He has] dedication, no bad habits. Just wants an opportunity.”

The sport in Ecuador dates back at least to the 1920s, when Kid Lombardo of Quito battled the top welterweights from around South America. Ecuador enjoyed its golden age during the mid to late 1960s, when Daniel Guanin, Jaime Valladares and Eugenio Espinoza flirted with becoming the country’s first world champion.

Guanin, known for his diverse attack and ability to evade punches, was the no. 1 contender at 140 pounds in 1966, and had been entering his peak by 1969 after defeating future middleweight champion Rodrigo Valdes, when a heart arrhythmia forced him to retire. By contrast, “Chico de Oro” Valladares was a straight forward slugger who broke on to the world stage in 1968, coming from behind to knock out the number one contender Don Johnson in three rounds. Valladares broke Johnson down to the ribs, scoring two knockdowns at a Quito bull ring in front of 20,000 fans. Valladares did get his title shot, dropping a unanimous decision to Hiroshi Kobayashi for the junior lightweight championship. 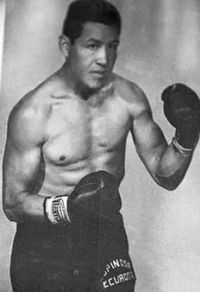 Espinoza was the beneficiary of Valladares’ trepidation about fighting one particular visiting opponent. When former junior lightweight champion Gabriel “Flash” Elorde traveled to Ecuador in 1969, Valladares declined to fight him, saying he hadn’t been advised about taking the fight. Espinoza stepped in and pounded out a unanimous decision over the Filipino legend. Espinoza followed that up three months later with a decision win over former lightweight champ Ismael Laguna, but couldn’t replicate his success abroad.

The first ever world championship fight in Ecuador was in 1994, when Segundo Mercado scored two knockdowns against Bernard Hopkins in Quito for the vacant IBF middleweight title. Muhammad Ali was in attendance and had predicted that Mercado would win, but the fight ended in a draw. Hopkins settled matters the following year with a seventh round stoppage win to begin his historic middleweight championship reign.

Ecuador’s biggest victory of recent times came a month ago, when Carlos Gongora knocked out Ali Akhmedov in 12 rounds to win the IBO super middleweight belt. Gongora, a 2008 and 2012 Olympian from Napo who is now based in Boston, highlighted the country’s potential for grassroots boxing development. The 31-year-old southpaw was outsized, but showed a rock solid chin and solid counterpunching to put Akhmedov down twice on DAZN, making him a player in the 168-pound division.

Gongora is far from Ecuador’s first ever Olympic boxer, but the country has never medaled at the world stage, with Gongora’s quarterfinal defeat in 2008 being the best finish by a boxer. The country has only won two Olympic medals overall, with both a gold and silver won by Jefferson Perez in the Men’s 20 km walk in 1996 and 2008, respectively.

Ecuador had its best boxing showing at the Pan American Games in 2011, earning four medals in Guadalajara, Mexico, including Italo Perea, who won the super heavyweight gold, but the country managed just two medals at the 2019 Pan An Games in Peru.

Gongora sees a lot of potential for Ecuador boxing, but says the sport is overshadowed by soccer. “Boxing isn’t as high as soccer because of the sponsorship of the government. They care more about soccer than any other sport,” said Gongora.

Carlos Quipo, a 2012 and 2016 Olympian from Quijos Canton in Napo province, is now the President of the Sports Federation of Napo. He says there is plenty of skilled fighters waiting to be discovered in Ecuador.

“What they need is to raise awareness among athletes so that they can really train to be world champions,” said Quipo.

“There has to be more support from private companies, and of course from the media so that they disseminate and make [boxing] known to all citizens.”

Gibbons has built his career identifying overlooked talent from abroad and putting them in situations to succeed. What he says is the key to building a fan base abroad is getting the right opportunities, and being visible in the country.

“[Gonzalez] is the perfect guy to start building up boxing there again because he’s a very charismatic personality, he speaks well, he represents himself, his family, his country,” said Gibbons.

“One day it’d be great if he can bring back a world title fight there.”

Gonzalez has seen how Ecuador unites as one whenever the national soccer team has a big match in the Copa America or World Cup. He hopes one day to evoke the same emotion in the boxing ring.

“I want to put Ecuador on the map in the boxing world,” said Gonzalez.