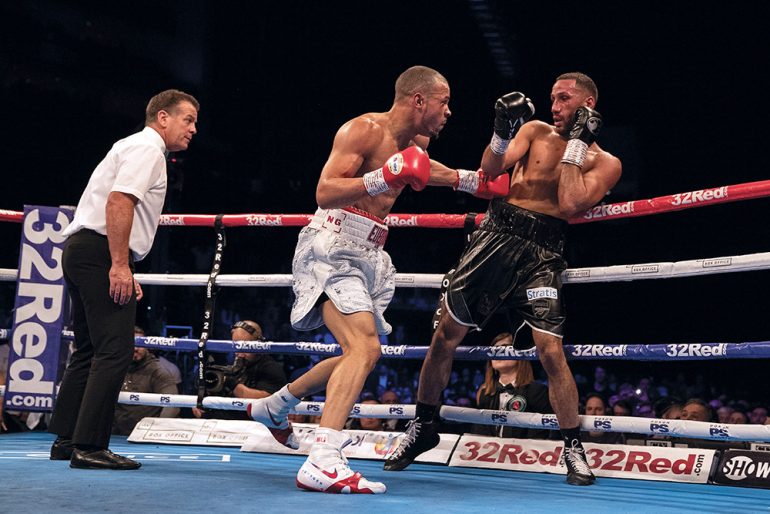 Having previously campaigned at Super Middleweight, Eubank Jr. is a former two-time IBO Super Middleweight World Champion. He captured the IBO crown with a stoppage win over Renold Quinlan in 2017, before defending the belt against German legend Arthur Abraham and Avni Yildirim. Following a blockbuster clash with George Groves, Eubank Jr. reclaimed the IBO Title in 2019 with a spectacular performance against rival James DeGale at the O2 in London.

Returning to the Middleweight division, Eubank Jr. claimed the WBA interim Middleweight World Title for the second time with a TKO win over former World Title challenger Matvey Korobov in December 2019, while making his US debut at the Barclays Center in New York.

Currently based in the United States where he is training with the boxing great Roy Jones Jr., the second-generation fighter says he is delighted to have signed a long-term deal with Team Sauerland and is targeting all the top names at 160 lbs.

“I’m thrilled to have signed a promotional deal with Team Sauerland,” said Eubank Jr. “I look forward to working with such a historic stable that has created so many legends in the sport over so many years. I look forward to the big fights that I crave. I’ve spent the last 12 months in the gym and I feel better than ever. I’m ready to take over the Middleweight division. I want all the champions – Murata, Charlo, Andrade, Golovkin – put me in the ring with any of them. I only want to fight the best. This is my time. If you have a belt, I’m coming for you.”

Having followed Eubank Jr.’s career, promoter Nisse Sauerland says he is delighted to have secured his signature and is looking forward to forging a successful relationship with the charismatic boxer.

“We’ve been long time admirers of Chris. He fought on one of our shows back in 2012 and we’ve followed his career closely since then,” said Sauerland. “He’s got all the attributes needed to establish his position as one of the biggest names in world boxing. Our first priority is cleaning out the Middleweight division.”