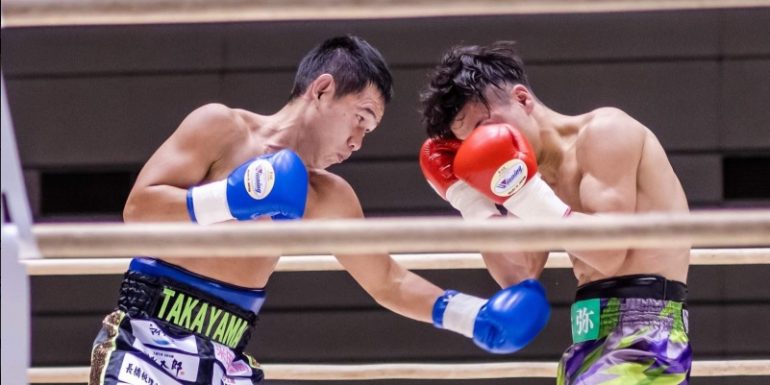 Katsunari Takayama successfully returned to professional boxing for the first time in over four years and outpointed world-rated Reiya Konishi over six rounds at the EDION Arena, Osaka, Japan, on December 27.

Takayama and Konishi were slated to face each other on November 23. However, on the morning of the fight, Konishi tested positive for COVID-19 and the fight was hastily postponed. Konishi later tested negative twice and it is widely believed that the first result was a false positive.

In light of the new situation, Takayama used every bit of his experience to be ready when the fight was rescheduled.

“I focused on taking great care not to postpone the fight due to [anything that was] my fault,” Takayama (32-8, 12 knockouts) told The Ring through Hank Hakoda. “Even in such a difficult situation, I tried to prepare myself for a new day to come, even though the battle in front of me was postponed. You know, what happened happened; there is no point in even thinking about it.”

The 37-year-old former unified strawweight titleholder prepared diligently, leaving no stone unturned ahead of his return.

“I had been training in advance, assuming that, in the ring, I may get nervous or my vision may be impaired,” he said. [Editor’s Note: Takayama has a history of suffering cuts] “In my training and preparation, I always envisioned myself in the worst possible situation.

“From the first round, I was able to move the way I wanted. I think I was able to fight Konishi exactly as planned based on my strategy. I showcased everything I had at that time.”

Having secured the victory, the Osaka resident, who suffered a small cut in his ear that required three stitches, is ready for the next step in his already impressive career. 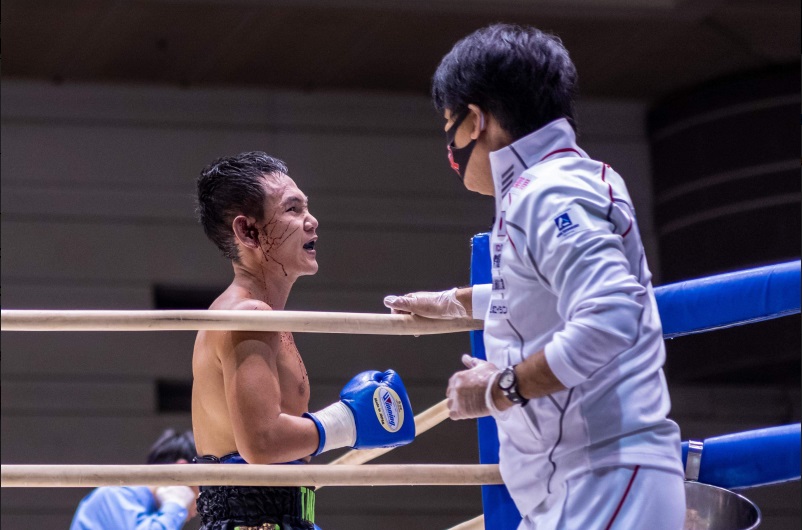 “I feel that if I could fight a few more bouts before my retirement, I am sure I could put on a better display in the ring,” he explained. “Although I am basically satisfied with my performance but if I wanted more, there were many things I could have done better. I am going to devote myself every day to finish that homework before the next bout.

“The more I watch the video of this fight, the more I find what I should improve. I won’t talk about what I learned from this bout because I do not want to give any hint for my future opponents to beat me but there were so many things that I can still improve. This was a fight that would determine my future for the next year, so my first priority was to win this fight.

“In this fight, it was more meaningful that I was able to win a clear decision after getting a good feel for the match over six rounds, rather than winning by a quick KO in the first or second round. It was a very enjoyable six rounds for me.”

Takayama’s manager Ryohei Maio has a clear target for his fighter.

“Our next target is Ring/WBA [junior flyweight] titleholder Hiroto Kyoguchi,” said his handler. “The match with Kyoguchi was previously negotiated but it did not come to realization. I am also particular about the WBA belt due to the fact that Takayama only won the WBA interim title. [Editor’s note: Takayama has also held the IBF, WBC and WBO titles at 105 pounds.]” 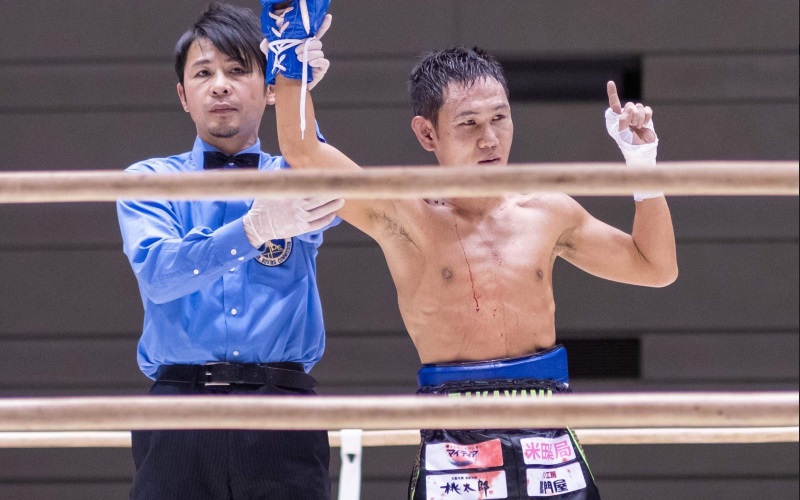 Takayama, who is taking some time to complete his thesis and will graduate from university in March, concurs with his manager.

“Under the pandemic situation, I cannot go and fight out of the country,” he explained. “Fighting Kyoguchi is inevitable and I have no choice but to fight him. Why not? I am ready.”

Many thanks to our correspondent Hank Hakoda, who coordinated and translated this feature.