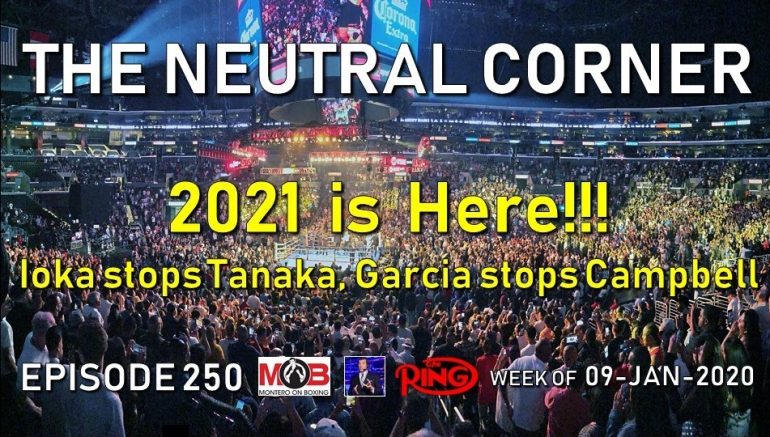 On episode 250 of The Neutral Corner boxing podcast, host Michael Montero broke down some real talk about the young lightweights and junior lightweights coming up in the sport.

Teofimo Lopez, Gervonta Davis, Ryan Garcia, Chris Colbert, Shakur Stevenson and Devin Haney are all undefeated Americans currently campaigning at 130-135 pounds. Montero laid out the pecking order, which begins with THE legitimate lightweight champion, Teofimo Lopez. The others have some catching up to do in his opinion.

During his opening rant, Montero broke down the difference between an actual champion and a titleholder, as well as a bona fide contender versus an unproven prospect. The lines often get blurred in the age of social media and fractured broadcast platforms, making it difficult for fans to make sense of it all. For example, both Adrien Broner and Robert Duran won versions of world titles in four separate divisions. To the casual observer, they may seem equal in terms of career accomplishments, but historians understand that those two fighters were on completely different stratospheres.

Review:
On Thursday, December 31 in Tokyo, Japan, junior bantamweight titleholder Kazuto Ioka scored a dominant TKO 8 win over the previously undefeated Kosei Tanaka. It is long overdue for Ioka (26-2, 15 KOs) to join Ring’s pound for pound list. The Tokyo native has won titles in four divisions and his only two losses were controversial split decisions against Amnat Ruenroeng and Donnie Nietes.

On Saturday, January 2, undefeated lightweight sensation Ryan Garcia improved to 21-0 (18 KOs) with a TKO 7 win over Luke Campbell in Dallas, Texas. Although Garcia was dropped for the first time of his career in the second round, he quickly rebounded and controlled most of the fight. In the seventh round, he landed a beautiful hook to the body that left Campbell paralyzed on the canvas. Garcia is now the mandatory challenger for Devin Haney’s WBC lightweight title, but he called out Gervonta Davis minutes after the fight.

Caller pleas for Ioka to be rated P4P:
Mark from Ireland feels that Kazuto Ioka is more proven than most of the fighters Ring currently rates pound for pound. “Ioka is 17-2 in world title fights, a former unified champion (at strawweight) and just defeated a three-division champ (Tanaka),” he said. “He needs to be given some type of credence. Myself, I rate him No. 6 pound for pound.”

Nigel from England agreed with Mark. “That man deserves to be on the pound for pound list,” he said. “It is very annoying how the little guys are not appreciated as much as they should be.”