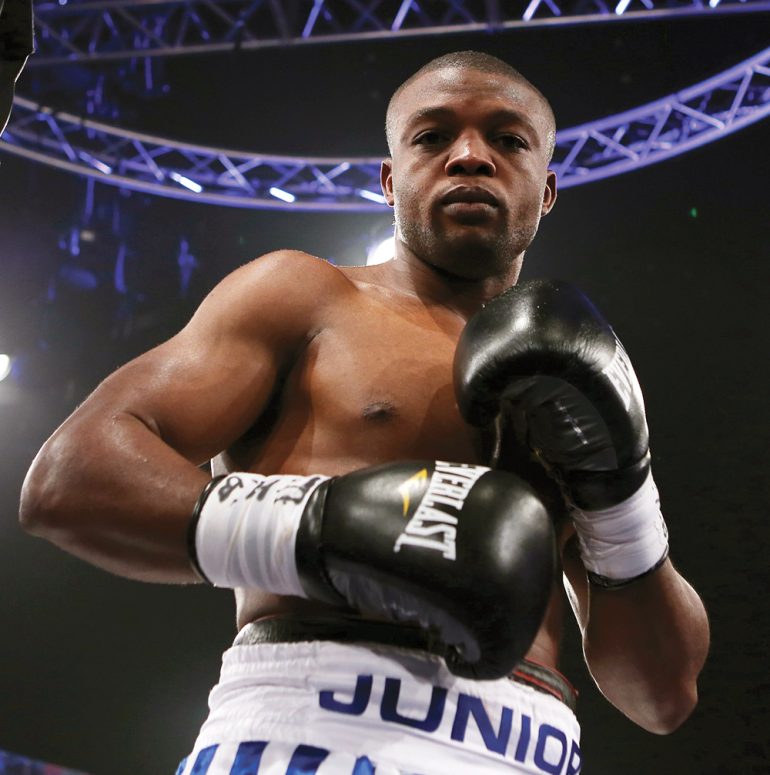 While many boxers weren’t able to fight in 2020, Ilunga Makabu enjoyed a productive year.

Makabu, who is rated No. 2 by The Ring at 200-pounds, claimed the vacant WBC cruiserweight title last January with a 12-round unanimous decision over Michal Cieslak. He closed out the year with a seventh-round stoppage title defense over Olanrewaju Durodola in mid-December.

“I am happy because I (won and) have successfully defended my belt and become the only African to defend the WBC (title in 2020),” Makabu told The Ring. “I prepared with respect for Durodola and the fight went according with the game plan.”

Setting up championship bouts in such uncertain times has not been without its own set of hurdles for Makabu (28-2, 25 knockouts) and his team.

“It’s difficult to make two world championships [fights] in one year,” said Tarik Saadi, Makabu’s manager. “Especially in this COVID-19 period, but the job is done. I want to say thank you to the President Félix Antoine Tshisekedi for his support and hospitality. Also, our promoter, Luyoyo Promotions, in collaboration with the Ministry of Sport and The Congolese Boxing Federation (CBF).” 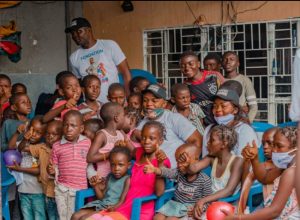 While Makabu is helping inspire a new generation of boxers in his homeland of Congo, it’s not just inside the ring he’s making a difference.

Makabu established his own foundation, Junior Makabu Foundation, which has helped local orphanages since 2013. He initially kept the activity of the foundation quiet.

“I decided after winning my world championship to expose it to the public in order to gain support from others to try and help the children of my country,” he explained. “The President of my country, DRC (Democratic Republic of Congo), Félix Antoine Tshisekedi, cannot do everything alone. My foundation was my second dream after winning my championship. I want to thank God for giving me this opportunity.” 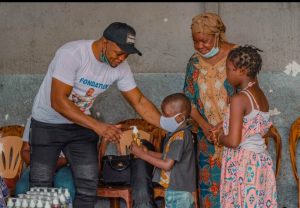 Ilunga Makabu is looking to grow his charitable works to other countries (Photo Credit – Team Makabu).

Saadi hopes to continue the growth of the foundation further in the coming year.

“In 2021, we will seek assistance from local businesses, in the DRC, to help continue and build the foundation,” said Saadi. “If we can receive support from overseas companies in the U.K., Europe, Middle East, China and the U.S.A., that would be a big help.”

“Ilunga Makabu is a sensational human being and national hero in DRC Congo,” beamed the proud Sulaiman. “His dedication to the youth and less fortunate is exemplary. The WBC stands proud as he represents the best principles and values inside and outside the ring.”

Saadi, who is working on Makabu’s next fight, is open to facing anyone.

“Many opportunities are in front of us, but nobody knows the future,” said Saadi said. “Let’s consider the safety of the world, but one thing is sure, we are prepared for any opponent.”

The 33-year-old southpaw puncher wants to continue to retain his title this year and also add further hardware to his collection.

“My promoter and my manager will decide my future,” Makabu said. “I want to warn my next opponent and future opponents that I will remain champion at the end of 2021. However, I wish to fight (IBF/Ring titlist Mairis Briedis) for The Ring Magazine (title) this year.”