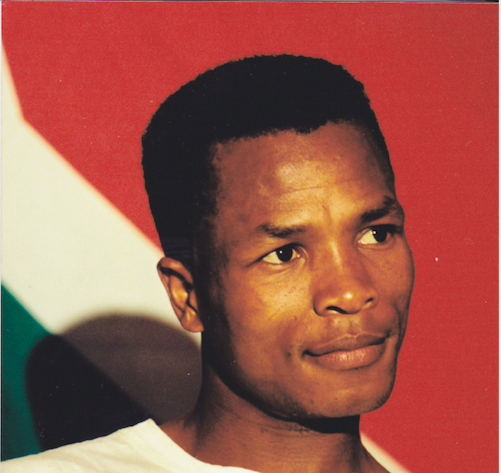 Welcome Ncita is regarded in South African boxing circles as one of the most talented fighters the country has ever produced. He rose to prominence winning a junior featherweight title in the early 1990s.

Ncita was born in East London on the Eastern Cape of South Africa on October 21, 1965. He is the sixth-born child of eight. His father was a truck driver, while his mother was a housewife and looked after the family.

“Just like any other kid, playing in the street, I was playing soccer, not boxing,” Ncita told The Ring. “Boxing was introduced into schools in East London before it was only soccer, rugby etc. I needed something to do at school as a sport, so I said, ‘Let me go and try boxing.’ That’s where it started.”

Ncita fought a club mate of his brothers in an inter-school meet. The opponent was more experienced than Ncita, who fought him to a draw. 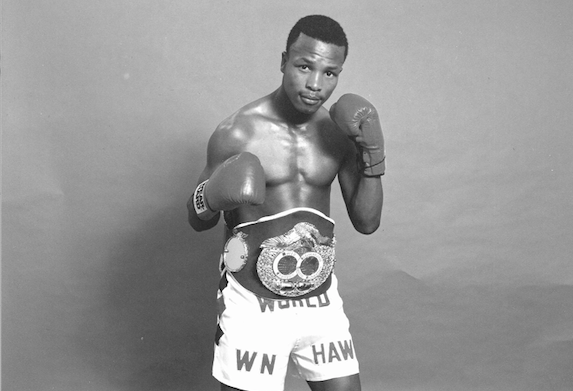 Ncita owns a solid resume, and gave boxing fans plenty of thrills in his 14 year stint.

“That’s when they noticed me and everybody started to talked about me,” he explained. “To me it didn’t mean anything because the one thing in my mind was soccer.”

Ncita focused more on soccer but his friends could see he had a natural aptitude for boxing and encouraged him to return to the gym.

He was approached by renowned talent spotter Mzi Mnguni about turning professional but first Ncita wanted to win a national title, which he did in 1982. Mnguni returned and convinced him to make the transition. Ncita had in the region of 250 amateur bouts, sometimes fighting twice a week. He lost very few of his matches: “To lose was not something that was part of my life even as an amateur.”

Ncita turned professional as a flyweight in March 1984. As he made his way up the ranks, his love affair with soccer continued.

“As a professional boxer I was still playing soccer,” he said. “They were always moaning at me, ‘Why are you doing this? You are going to lose your career; you’ll break your leg.’ But I wouldn’t listen, I would just go back and go to the gym, only when I had a fight, I’d train for a week or two.

“I’d fight and win and let’s say the fight was on a Saturday on the Sunday I’m back on the soccer field playing for a local club. That was up until I was going to fight for a provincial championship.”

He won the national title at 112 but eventually grew into a bantamweight. The late Cedric Kushner and Rodney Berman gave Ncita a feel of the International scene often putting him on the undercard of renowned stablemates Johnny DuPlooy or Brian Mitchell. 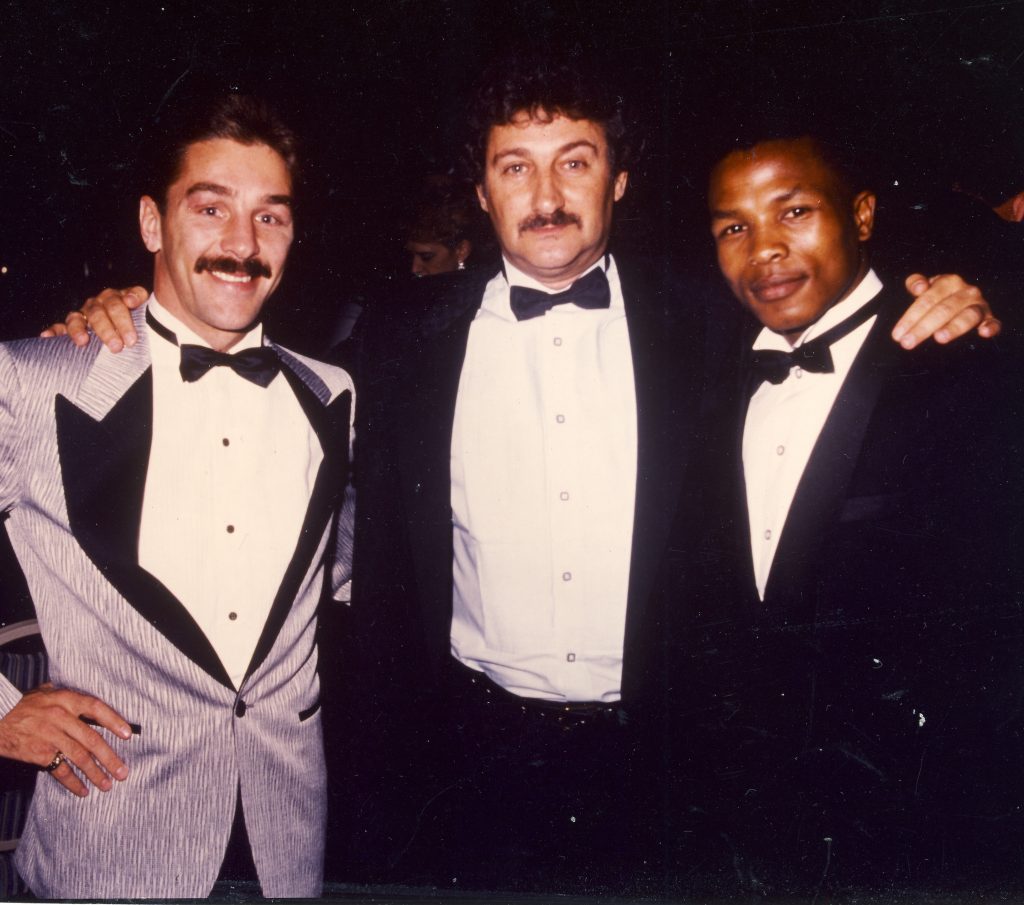 Ncita craved a world title fight and Kushner offered him a fight with either IBF 118-pound champion Orlando Canizales or IBF 122-pound beltholder Fabrice Benichou. Ncita accepted the second option and a deal was struck for him to face Benichou in Tel Aviv, Israel.

“To this day, the Benichou-Ncita fight is the only world title fight ever to have taken place in Israel,” said Berman. “The reason being that Benichou, a Moroccan Jew, wanted to defend in front of his people.

“Golden Gloves has a number of Jewish partners, one of the exceptions being Gary Pretorius. There we were in Israel, hoping our little fighter from the nondescript township of Mdantsane in the Eastern Cape, knocks the shit out of the Jewish fighter,” he said, laughing.

As is the local custom, the Jewish people visit the Wailing Wall.

“The local custom for a Jew visiting the Wailing Wall is to make a wish on paper and insert it in the wall,” continued Berman. “Gary was watching us and asks, ‘What are you guys doing?’ We explain the tradition to him and he says, ‘I need a skull cap and a pen and paper.’ He then proceeds to write his note and inserts it in the wall.

“The next night Welcome Ncita duly obliges and a jubilant Gary shouts, ‘That wall is something unbelievable, it really, really works,’ he said, chuckling. “His wish was that Welcome should win the world title, so he put it in the Wailing Wall.”

Ncita out-boxed Benichou to claim the title by hard fought but unanimous decision. Over the next two-and-a-half-years the “The Hawk” made six title defenses against the likes of Sugar Baby Rojas (SD 12 SD 12), Hurley Snead (UD 12) and Jesus Salud (UD 12).

Next up was burgeoning star, unbeaten American Kennedy McKinney–click here to see what McKinney had to say in his ‘Best I Faced’– who had won gold at the 1988 Olympics. Ncita was getting the better of things and lead on all three scorecards after 10 rounds. However, disaster struck late in the round when McKinney fought off the ropes and landed a picture-perfect right hand, knocking the proud South African cold.

Ncita won two fights and met McKinney in a rematch in April 1994. Although Ncita dropped the defending champion in round five, he lost a majority decision.

“When we fought again, [the knockout] was still at the back of my mind,” he admitted. “That made me not be 100 percent sure and skeptical of not making the same mistake I made last time. That prevented me doing what I wanted to do.”

Even though Ncita wasn’t able to beat McKinney, he played a pivotal role in the American losing the title to Vuyani Bungu.

“Vuyani was my sparring partner and McKinney picked him because he knew that,” Ncita said. “I told Vuyani I would make sure he doesn’t beat you, you won’t make the same mistake as me. I would even get into the ring and act as McKinney in front of him and tried to warn him about the right-hand McKinney specialized in. It was a great moment when he beat McKinney.”

Ncita resumed his own career a year later up at featherweight and won six fights, positioning himself to fight for the vacant IBF 126-pound title against grizzled veteran Hector Lizarraga in Pompano Beach, Florida in December 1997.

His prime had passed him by and his corner retired him at the end of the 10th round. Ncita fought once more, drawing with former WBO titlist Steve Robinson.

“Circumstances around me at home, differences and responsibilities as a family and business-man made me say, ‘You don’t have the desire you once had,'” said Ncita (40-3-1, 21 knockouts). “All those things, in my mind, so I took a conscious decision to quit while I’m not damaging my health.”

Ncita, now 55, lives in Mdantsane with his wife Leslie, and the couple have five children. He has remained involved in boxing as a manager, trainer an also promoter. He is the President of the South African boxing Federation, working with former world champions from other regions of South Africa.

Kennedy McKinney: He had a quick and strong jab and the advantage he had was his height, he had long arms, it made things difficult for me to be able to do what I wanted to do. I’m used to being a guy who likes to fight on the outside but with the reach he had it made things easy for him based on my style but it was difficult for me to be able to execute what I wanted to do. He would disturb you with a jab and hook. The jab disturbed my rhythm.

Hurley Snead: Out of all of them, Fabrice Benichou, who I took the title from, Jesus Salud, Hurley Snead, Sugar Baby Rojas and Kennedy McKinney, they didn’t care much about defense, they cared more about offense. Their defense was based on their offense. I would go with Hurley Snead, he was tighter, I had to use my quick movement in order to open him up.

McKinney: Out of them all it was McKinney; he was a little bit quicker than the rest.

McKinney: I would say, again, McKinney because he was more mobile than the others, movement, giving you angles.

McKinney: The type of boxer he is, the best jab and the smartest in terms of thinking was McKinney.

Jesus Salud: I’m talking about everything from physical strength and power behind his punches. He was strong if you were to engage with him toe-to-toe. I couldn’t push him back and he was tough. But not tactically smart though.

Fabrice Benichou: Jesus Salud and Fabrice Benichou had good chins. I would pick Benichou, I hit him with everything and when he came back at me, he was stronger than I am. I was more cautious to open up.

McKinney: McKinney comes top. He was trained by a good trainer, Kenny Adams, the way he trains his fighters, he trained them as puncher-boxers. When his fighters are in trouble, they move but when the opportunity comes to fight back, they do it good.

McKinney: I would say Kennedy McKinney is the best, I picked him in most categories. He was not an ordinary fighter, he was somebody who knew what he was doing, he tried to set you up for the right hand, he specialized in the right hand.