Franchon Crews-Dezurn ready to move on from ‘traumatic’ Jimenez controversy 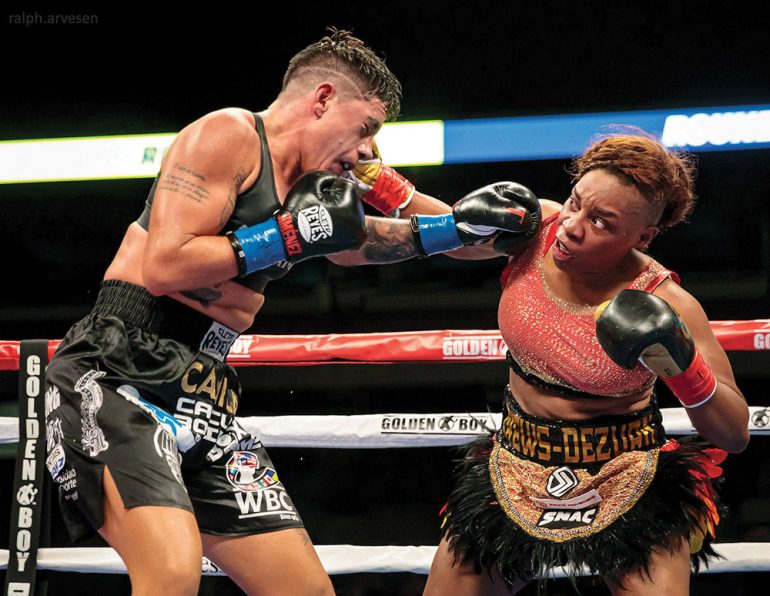 Franchon Crews-Dezurn is ready to move on from the most traumatic experience of her life.

The unified super middleweight titleholder is coming off a no decision against Alejandra Jimenez. However, the latter was initially awarded a split decision win to claim her unified WBO and WBC belts last January at the Alamodome in San Antonio on the Jaime Munguia-Gary “Spike” O’Sullivan card. But nearly two weeks after the fight, it was announced that Jimenez had tested positive for the banned steroid stanozolol.

“I’m very proud of myself because I got to show the world my true grit,” Crews-Dezurn told The Ring. “But in the aftermath, it was a very traumatic experience for me.

“Us fighters, we know that every time we step into that ring, there’s a chance we could lose our lives.”

Crews-Dezurn (6-1, 2 knockouts) revealed that she “shut down” for a while trying to digest what had just taken place.

“To have someone who is professionally trained to possibly take my life (take performance enhancing drugs), it was a very scary moment,” she added. “This is a person that doesn’t deserve (a rematch).”

It also took months for Dezurn-Crews to be restored as champion, which added another component of stress, just as the COVID-19 pandemic wreaked havoc on the world.

“My belts should have been restored immediately,” she declared. “When the pandemic hit, it was just a lot. No one knew if we were going to fight again.

“For me, it was like back-to-back-to-back. I’m very happy that I have processed everything. I’m ready for my return in January.”

Dezurn-Crews will return to the ring on January 2 on the undercard of the 12-round, 135-pound main event featuring rising star Ryan Garcia taking on 2012 Olympic gold medalist Luke Campbell at the American Airlines Center in Dallas, Texas.

“I want to thank the fans and the media outlets who stood up for me because I was in a situation dealing with and processing my trauma.

“The fans spoke up, and they are what makes boxing go around. When you’re armored with the truth, you don’t have to say anything,” Dezurn-Crews stated.

Should she defeat Curry, Dezurn-Crews has her eyes set on the ultimate prize.