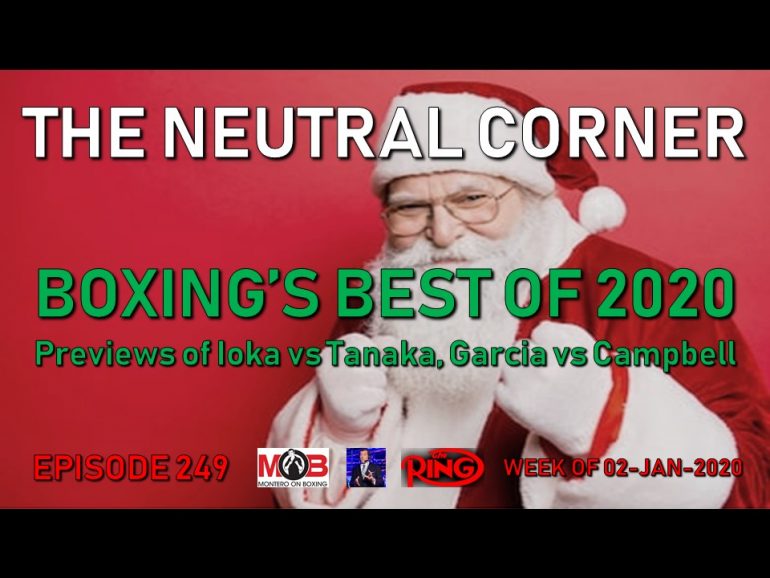 On episode 249 of The Neutral Corner boxing podcast, host Michael Montero gave his choices for the best and worst of boxing in 2020. This year brought unprecedented challenges and frustrations for fight fans, but plenty of memorable moments as well. Montero’s favorites are noted below.

After returning from a one week hiatus, Montero briefly reviewed fight cards from two weeks ago. Tim Tszyu, Charles Conwell, Gilberto Ramirez, Gennady Golovkin and Canelo Alvarez all scored dominant wins. In one of the worst robberies of the year, Reymart Gaballo received an early Christmas present with a split decision over Emmanuel Rodriguez. Judges John McKaie and Don Trella absolutely robbed the Puerto Rican, scoring the bout for Gaballo, the house fighter.

Last Saturday, December 26, PBC had a card on FS1. Cuban super middleweight prospect David Morrell scored a KO3 win to improve to 4-0 with 3 knockouts. While featherweight prospect Angel Barrientes (3-1, 2 KOs) suffered his first defeat as a pro, losing by knockout in the fourth round against Travon Lawson (4-0, 3 KOs) of Alabama.