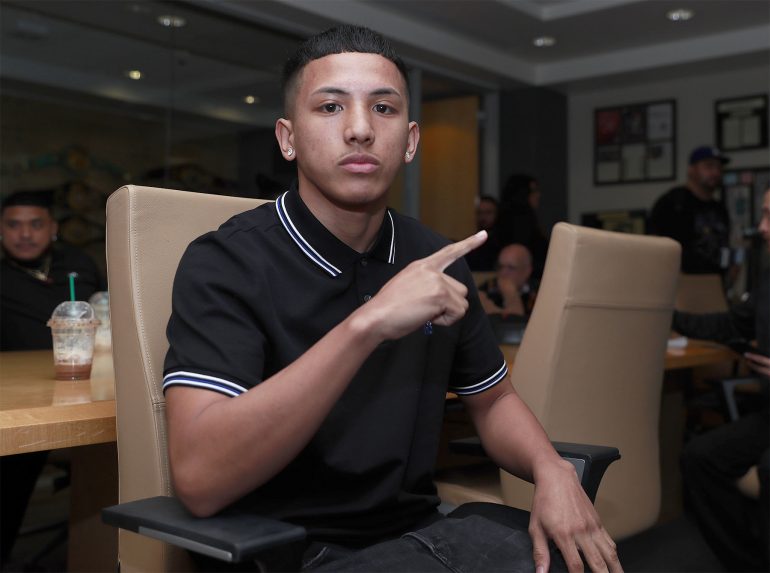 One of Hawaii’s top amateur boxers is turning pro with Golden Boy Promotions.

Asa Stevens will square off against Francisco Bonilla (6-8-3, 3 knockouts) in a four-round bantamweight bout on the undercard of the lightweight main event featuring rising star Ryan Garcia taking on 2012 Olympic gold medalist Luke Campbell at the American Airlines Center in Dallas, Texas.

Stevens, a southpaw, won the 2018 Youth World Championships in Hungary and collected top honors at the 2019 National Golden Gloves.

In an interview with The Ring, Stevens talked about the excitement of his dreams turning into reality.

“This is everything that I have worked and dreamed for,” he stated. “It is very hard to put into words what this means for me and my family.

“I love and appreciate the sport of boxing so much and I look forward to a fantastic professional career and a prosperous future.”

Athleticism runs in Stevens’ family blood. He is a cousin of UFC fighter Max Holloway but is not living off his name. Instead, he is carving out his own legacy.

“MMA isn’t my thing,” he explained. “When I started boxing, I knew this was something that I not only enjoyed but was also very good at.

“I fell in love with the sport as an amateur and I am dedicating my life to it. I have goals that I’m ready to reach.”

“It wasn’t just his fighting style that lured me in, but it was his life story,” Stevens explained. “What he had to overcome in his life, extreme poverty, hunger, that was motivation for me.”

While his inspiration to fight was Pacquiao, Stevens admits that his style is more similar to that of Juan Manuel Marquez, who fought the Filipino four times before ending their rivalry with a sixth-round knockout in December 2012.

“My biggest strength is my defense,” he explained. “I’m a great counterpuncher, but I would also say that my style is similar to Shakur Stevenson.”

Stevens is prepared to face the 34-year-old Bonilla, who has lost two of his last three fights by knockout.

“Bonilla will try to press the fight,” he added. “But he is going to walk into a storm and won’t be able to handle my power.

“I expect to dispose of him in the early rounds.”