The six-round bout will take place at the Elevations Events Center in Chester, Pennsylvania and will be a rematch of their clash from July 27 of last year, which Price won by unanimous decision over eight rounds.

Price (11-0 with 1 ND, 8 KOs), who resides in nearby Sicklerville, New Jersey, stopped Jose Rodriguez in his last bout, on November 7. The knockout win over Rodriguez took place about a year after his knockout win over Elias Jaoquino of the Philippines.

The 22-year-old Price has fought on several Mayweather Promotions cards. 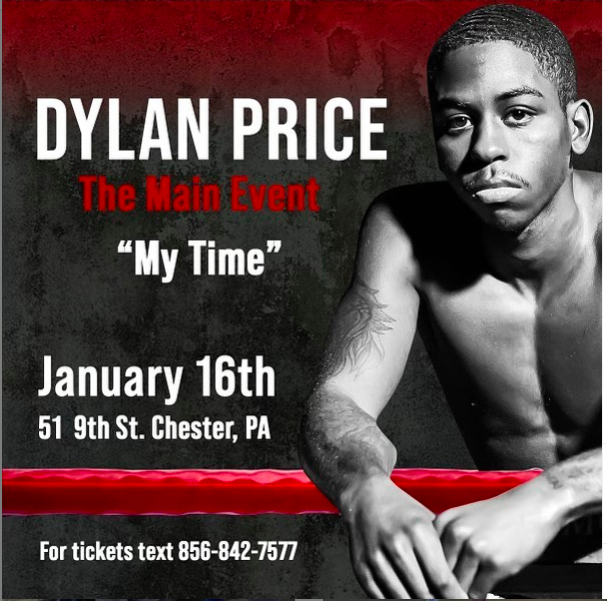 In the co-feature, welterweight Shinard Bunch will square off against Dieumerci Nzau in a six-round bout.

Bunch (10-1 1 NC, 9 KOs), who resides in Trenton, New Jersey, also fought on November 7, knocking out Christian Danilo Guido in the first round. Six of his last seven victories have come by knockout, with four of them coming in the opening round.

Nzau (11-13, 8 KOs) also fought on the same card Bunch appeared on, losing by unanimous decision to unbeaten Daiyaan Butt. Originally from the Democratic Republic of Congo and now residing Silver Spring, Maryland, the 32-year-old has lost his last nine bouts. 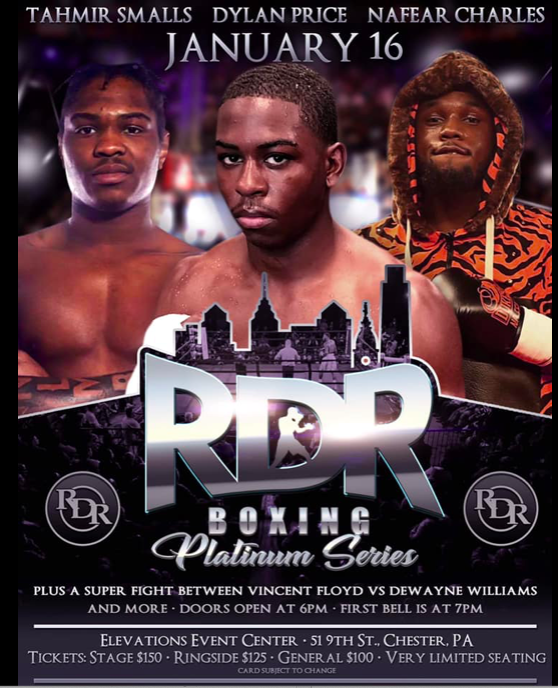 Edgar Cortes (6-6-1) of Vineland, New Jersey will square off against Philadelphia’s Jerrod Miner (1-11-2, 1 KO) in a four-round bantamweight bout.

Lightweight Nafear Charles (5-0, 5 KOs) of Philadelphia will also appear on the card, against an opponent to be determined.