The BWAA announces its 2020 Award Nominations 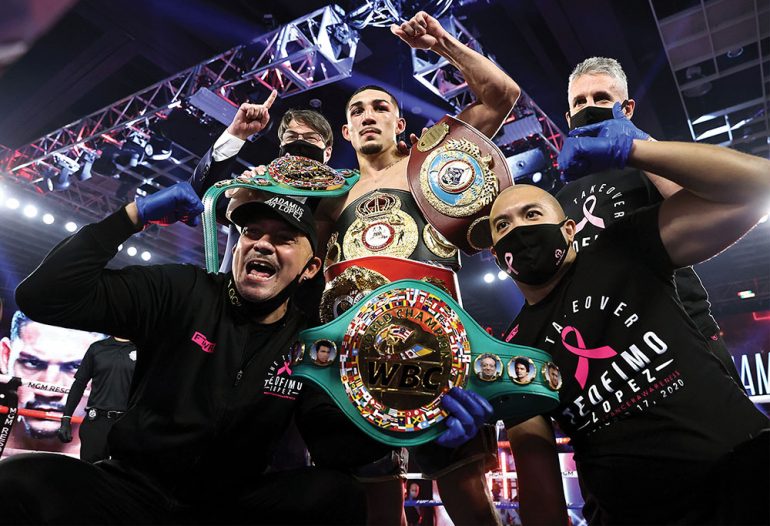 This was a strange and special year in boxing, considering the COVID-19 pandemic and the restrictions placed on the sport and throughout the world.

On Monday, the Boxing Writers Association of America (BWAA), which has been in existence for 94 years and selects the best of the best in boxing every year, released its award nominees for 2020.

The BWAA will be combining its awards ceremony for 2020 and 2021 together, which will make it the largest awards gala in the long history of the organization. Because of the truncated boxing year, the organization will only present six awards for 2020.

So, below are the nominees for the five remaining categories. Only full BWAA members are permitted to vote.

Based on their signature victories of 2020, Tyson Fury and Teofimo Lopez Jr. top the list of nominees for the Sugar Ray Robinson Award for BWAA Fighter of The Year. Canelo Alvarez, The Ring and BWAA’s No. 1 pound-for-pound fighter, is also included on the BWAA ballot after his domination over Callum Smith. Fury and Lopez Jr. shared the Fighter of the Year award for The Ring.

The Muhammad Ali – Joe Frazier Award for the BWAA Fight of the Year includes Carlos Gongora-Ali Akhmedov, Juan Francisco Estrada-Carlos Cuadras II, Masayoshi Nakatani-Felix Verdejo and the classic between Jose Zepeda-Ivan Baranchyk, which was The Ring’s 2020 Fight of the Year selection.

The BWAA award winners will be announced Friday, January 22, 2021, and are voted on by due-paying full BWAA members.

Cus D’Amato Award Manager of the Year 2020