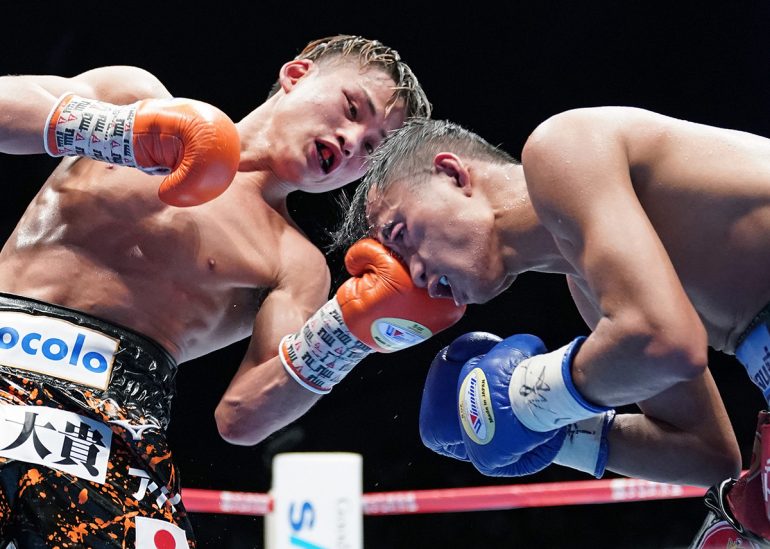 “I’m delighted to welcome two-division world champion and Ring Magazine king Hiroto Kyoguchi to the Matchroom Boxing team,” said promoter Eddie Hearn. “As we continue our global expansion, we welcome our first Japanese world champion to Matchroom and look forward to our first show there in 2021. I look forward to a long and successful relationship with him and his manager Eddy Reynoso.”

“It is an honor to work with the best promoter in the world in Eddie Hearn and Matchroom Boxing,” said Reynoso, who also trains unbeaten junior lightweight contender Oscar Valdez, WBC junior featherweight titleholder Luis Nery, unbeaten lightweight Ryan Garcia and heavyweight prospect Frank Sanchez. “Thanks also to Hiroto Kyoguchi for having the confidence to let me represent him. We look forward to a big future together.”

The 27-year-old also won a world title belt at 105 pounds. Kyoguchi won the IBF title by defeating Jose Argumedo of Mexico in July 2017. He would make two successful defenses of the IBF title against Carlos Buitrago and Vince Parras, respectively, before deciding to move up to 108 pounds.

No word yet on when Kyoguchi will return to the ring, but he is confident he will continue on his current successful run.

“I am confident that I will give it my all and show honor in this sport as a proud Japanese world champion,” said Kyoguchi. “I’m ready!”