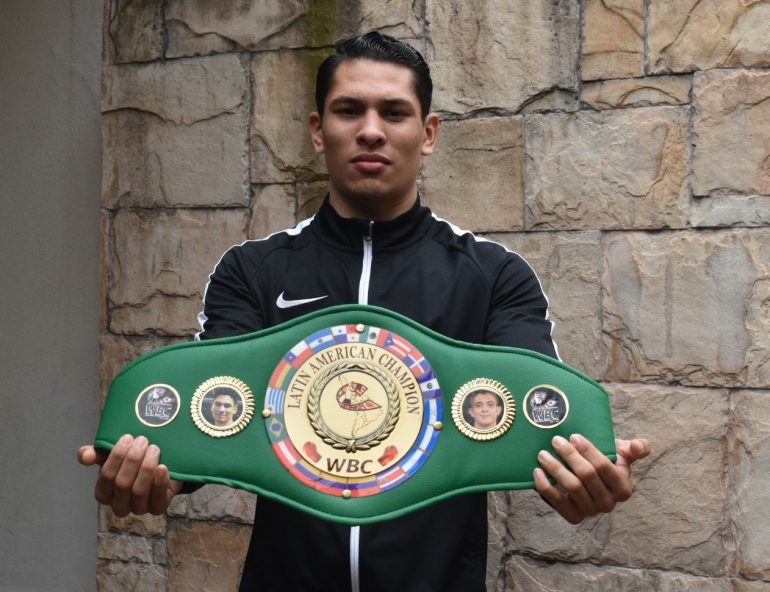 “We are excited to have signed a great boxer in Valtierra,” said Zabala. “2021 will be a breakout year for this kid. He’s young, charismatic, and already an undefeated (fighter). We look to showcase him often next year on our (‘Boxeo Telemundo’) series.

Valtierra (13-0, 7 knockouts), who resides in Leon, Mexico, last fought on June 6 in Tarimbaro, Mexico, defeating Aurelio Hernandez by unanimous decision. In his previous fight, which took place March 13 in Mexico City, Valtierra defeated Jose Eduardo Rizo by unanimous decision. The card, which aired live on Telemundo, was All Star Boxing’s last show before the COVID-19 pandemic postponed or cancelled cards worldwide for the next couple of months.

The 19-year-old was scheduled to return to action against Jerson Aguilar this past Sunday night in Mexico City on a card promoted by former world champion Humberto ‘Chiquita’ Gonzalez, in association with All Star Boxing and Producciones Deportivas. The local government last week declared all sporting events were cancelled for the foreseeable future due to the ongoing pandemic.

Valtierra was disappointed, but is eager to make his United States debut next year.

“It’s unfortunate that COVID-19 has cancelled my fight scheduled for this (past) Sunday,” said Valtierra. “I had trained hard for this fight, but I’m ready to start 2021 with a bang. I have signed with a great company in All Star Boxing and hope to showcase my skills in the United States in 2021.”

All Star Boxing is penciled to resume their popular ‘Boxeo Telemundo’ telecasts in February. Their last eight shows in late August, early September, and throughout October took place at the Osceola Heritage Park in Kissimmee, Florida.

2020 would have marked Telemundo airing 16 live ‘Boxeo Telemundo’ telecasts, eight from Mexico City, six from throughout Florida, and two in Niagara Falls, New York. 12 telecasts aired live on Telemundo in 2019.