Gray Matter: Tyson Fury and Teofimo Lopez are Fighter of the Year winners – get over it 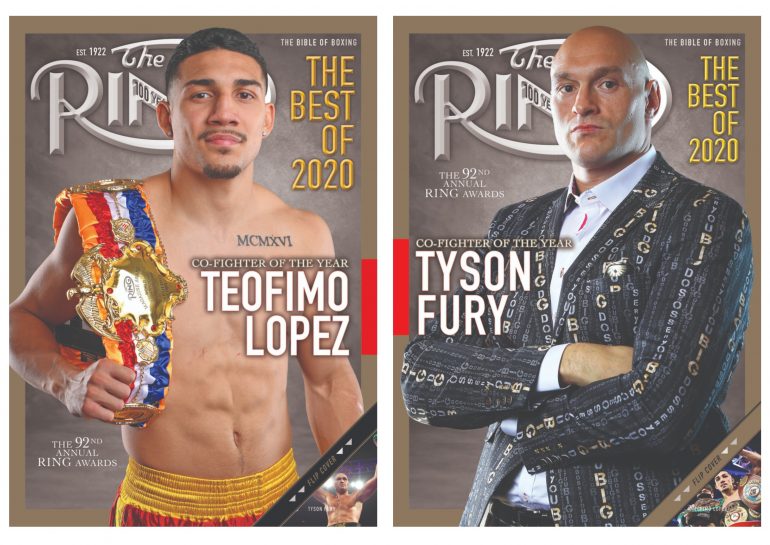 “Y’all take a chill. You got to cool that shit off. And that’s the double-truth, Ruth.”

OK, so it’s the wrong time of the year for Do the Right Thing quotes, but, my God, has this line from Spike Lee’s 1989 classic EVER been more relevant?

When the decision was finalized (December 20) to name Tyson Fury and Teofimo Lopez co-winners of The Ring Magazine Fighter of the Year award for 2020, I couldn’t have been more comfortable. I’m not paranoid about negative feedback, it comes with the territory, but I honestly thought the criticism for this decision would be low.

In the case of Tyson Fury, the Englishman turned up at the MGM Grand on February 22, grabbed Deontay Wilder by the scruff of the neck and mopped up the Las Vegas strip with him. It was a mauling, a battering, a complete and utter outside-a-bar ass-kicking! Coming in, Wilder was favored 12-8 on this website’s Fight Picks to win the rematch, and only promoter Kalle Sauerland and myself picked Fury by stoppage (I changed from points to stoppage when I saw Fury’s weight of 273 pounds).

Now I get that Tyson Fury is polarizing. I’ve said before, you either like him or you don’t. However, regardless of preferences, let’s get it right, he shook up the world with that performance. Wilder didn’t know if it was Cyber Monday or Pancake Tuesday that night, but now that we’re 10 months down the line, people want to re-write history and pretend that TKO 7 wasn’t a big deal? Give me a break, guys! Fury took the killing machine that “only had to be perfect for one second” and turned him into a dog balloon. Keep it real! 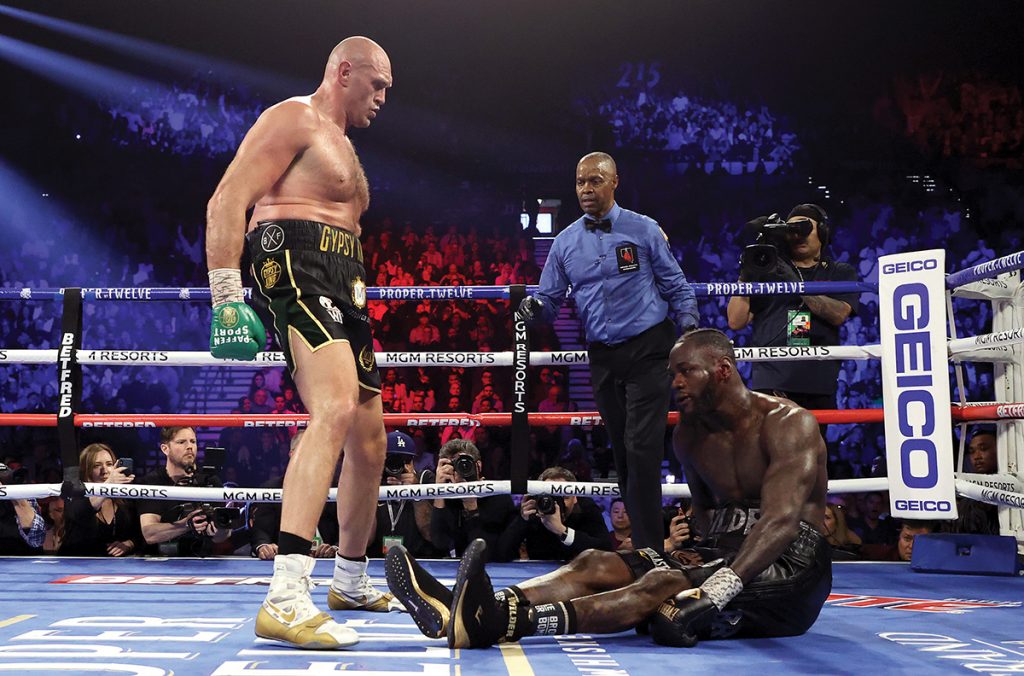 For once it was Deontay Wilder looking up instead of down. Photo by Al Bello/ Getty Images

Here’s some of the feedback that’s circulating:

Fury only won because he cheated: Yeah, the evidence for doctored gloves is just so compelling. YouTube channels named BobbysBoxingBits and the like is where we should all hang out when it comes to fact-checking.

Fury won by using consistent rabbit punching: I suppose this comes under the category of cheating, but it’s dynamite stuff none-the-less. It takes a strong rabbit punch to bust up the front of someone’s face.

Fury only fought once this year (my personal favorite): I hear you… look at all those elite-level fighters that squeezed in two fights in 2020. Oh wait!

Fury beat Wilder the first time, it wasn’t a big deal: Okay, so you’re obviously rolling in money now, right? You expected a seventh-round stoppage. It’s your round the next time I see you at the bar.

On to Teofimo Lopez. Prior to October 17, the sum of Vasiliy Lomachenko’s parts, for many, equaled the ideal prize fighter. He was compared by some members of the boxing media to Muhammad Ali and Sugar Ray Robinson/ Leonard. In fact, you name an all-time great with agility, defensive prowess and blazing handspeed and you can bet that Loma’s name was attached. How do I know that? I seen it with my own eyes, I was around it.

Now, Lopez, the guy who likes doing jigsaws in his spare time, takes Lomachenko, the guy who sets records for brain and reflex tests, and outboxes him for fun over seven rounds. He then hangs tough during a rough patch and closes brilliantly to take a well-earned decision. Lopez outsmarts the champion that could solve the damn DaVinci Code in 36 minutes. If that’s not a Fighter of the Year win, then I don’t know what is! The Ring Fight Picks favored Lomachenko 18-2 coming into that fight. Only Steve Farhood and former three-weight world titleholder Duke McKenzie rolled with Teofimo. 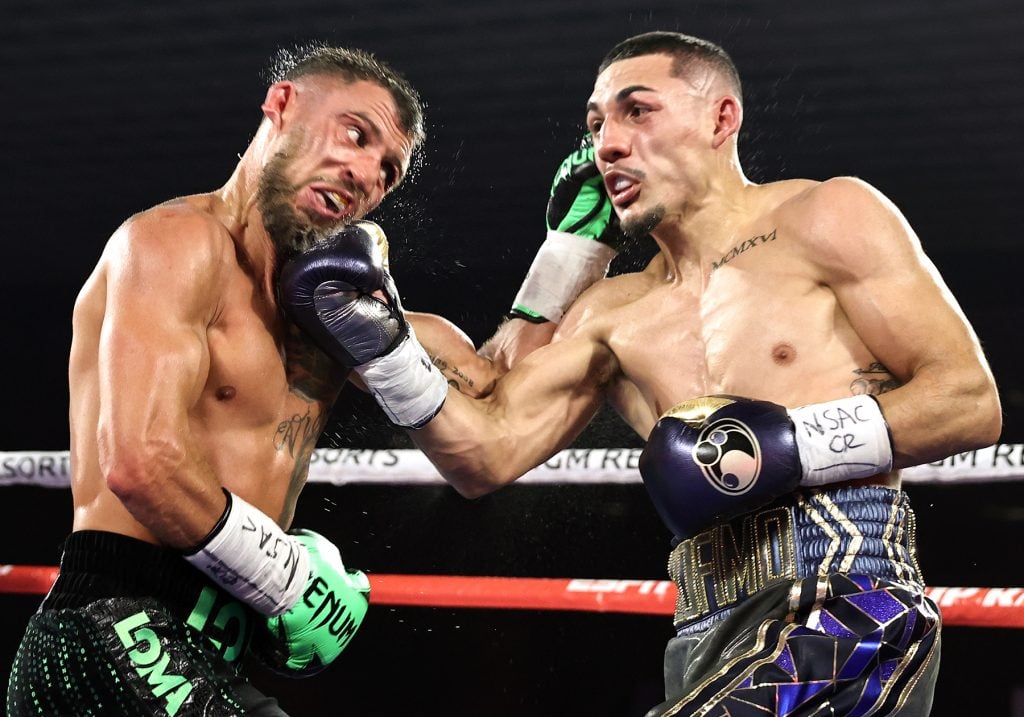 Lomachenko is overrated: Yeah, that overrated double Olympic champion with a 396-1 amateur record, three world titles at different weights, unified status at 135 pounds and multiple wins at world level. Yeah, with the benefit of hindsight, Lomachenko was awful!

You picked Fury and Lopez because you’re a shill for promoters: It’s not just Golden Boy Promotions anymore. Apparently we’ve created a new deluxe package where we help out anyone if the price is right… And Mr. Sandman floated gently from rooftop to rooftop. Grow up!

Jermell Charlo should have been co-Fighter of the Year for beating Jeison Rosario: I’m a huge fan of both Charlos, they’re terrific fighters and I can’t wait to see them again. But regardless of the belts at stake in Jermell-Rosario, that KO 8 win does not trump Fury > Wilder or Lopez > Loma. Not in your wildest dreams! Jermell was favored 16-4 to beat Rosario in Ring Fight Picks. He was expected to kick Rosario’s ass and he did. The belts a fighter holds is not considered when it comes to Fighter of the Year, and here’s the evidence: Usyk was undisputed at cruiserweight when he won in 2018, Lomachenko held ONE belt when he won in 2017, and George Foreman held NO BELTS when he won in 1976. We don’t care!

The decision to name co-winners in 2020 was the correct decision. In authentic superfights, Lopez beat the vastly superior fighter, and Fury was, by far, the more dominant and destructive winner. And what both men share in common is that they defied the odds with their respective performances: Fury stopped the ultimate knockout artist and Lopez outsmarted the ultimate ring general. Wins of this magnitude are what legacies are made of.