For Reymart Gaballo, ‘close’ victory is still sweet despite controversy 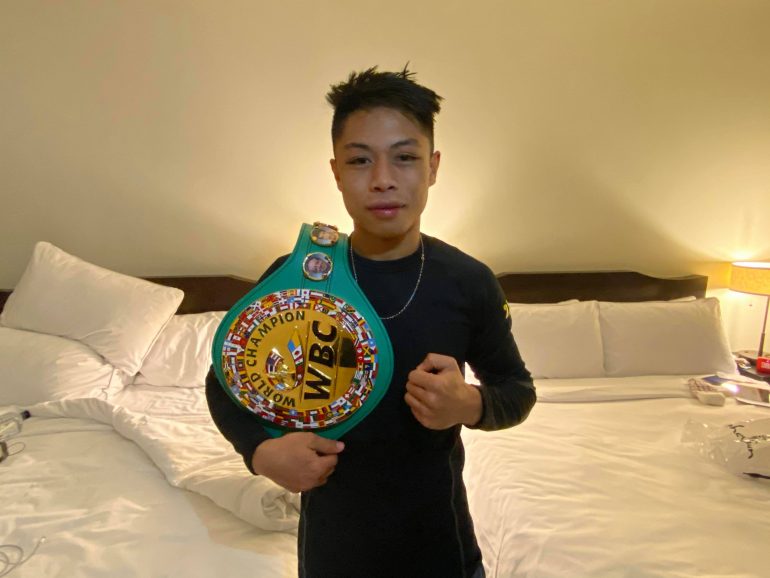 NEW YORK — There was no hint of conflict in Reymart Gaballo on Sunday night, as he laid back in his bed at The Marmara Park Avenue, playing Mobile Legends video game on his older model Samsung phone. An iPhone 12, his first major purchase after defeating Emmanuel Rodriguez the night before, rests nearby, still too new to be broken in.

The congratulatory calls had not stopped coming in from the Philippines since the night before, as he held up the WBC interim bantamweight title belt for supporters to take screenshots with, and breaking just long enough to enjoy a dinner of Bon Chon chicken with rice.

There was no dwelling on the criticism the 24-year-old had received since two of the three judges declared him the victor the night before, when Showtime Boxing’s unofficial judge Steve Farhood scored the fight 118-110 in favor of the Puerto Rican fighter. Social media exploded when the scores came out, as disbelief rippled out at how far apart the commentary team could be from what two of the judges had seen.

“For me it was a close fight,” said Gaballo (24-0, 20 knockouts), in English that has improved greatly since he began training in the United States. “Even though I’m coming forward I’m always punching, so maybe they look at me like I won the fight.

“I was so blessed because with my hard work, I got this one,” he added, as he glanced at the green belt next to him.

Gaballo had been stepping up – way up – from his previous levels of competition, which mostly crumbled under his constant assault and two-fisted power. Rodriguez, who had held the IBF bantamweight title before losing it by second round knockout to Naoya Inoue, boxed conservatively for much of the fight at the Mohegan Sun Casino in Uncasville, Conn., taking advantage of Gaballo’s inexperience early on to land clean counters.

The marathon training sessions with coach Osmiri “Moro” Fernandez, where it isn’t uncommon to ignore round breaks and just punch the bag for an hour straight, helped Gaballo continue punching until the very end, but his rawness and lack of refinement was on display.

“You cannot win a fight by coming and trying to steal a decision and just moving backwards and occasionally trying to land some punches. Reymart dictated the pace, just kept coming and coming, that’s how I saw the fight,” said Sean Gibbons, President of MP Promotions, which co-promotes Gaballo along with Sanman Promotions.

“It wasn’t [Gaballo’s] fault that one guy tried to stink it out and he tried to make the fight.”

Rodriguez said after the fight that he plans to appeal the verdict, which, while unlikely to overturn the decision, will keep him in the running for another title opportunity. He feels Gaballo only won two or three of the twelve rounds.

The criticism hasn’t tainted the victory at all for Gaballo, not after the sacrifices he’s had to make to get to that point. Gaballo has been in America since late January, and was stranded at his training base in Miami when the pandemic hit. A step-up bout against former champ Juan Carlos Payano scheduled for August was scrapped when Gaballo fell ill with Covid-19, around the time when his gym mate John Vincent Moralde had to withdraw from a Top Rank card for the same reason.

With the purse money he earned from this fight, Gaballo says he intends to invest in rental properties near his home in General Santos City, Philippines, to provide sustainable income for him and his family. 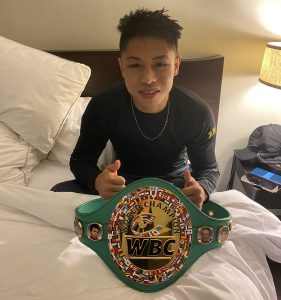 Gibbons says he expects the WBC to order a fight between Nordine Oubaali, the WBC bantamweight champion in recess, and Nonito Donaire Jr., the mandatory challenger, before Gaballo gets his shot at the full championship. In the meantime, Gibbons hopes to put Gaballo in an option defense of the interim belt.

“You never know, maybe an all-Filipino throwdown [against Donaire] or Reymart versus the Moroccan brother for the full title,” said Gibbons, who expects Gaballo to be back in America by February.

He won’t make it home in time to celebrate Christmas with his family, but Gaballo will fly back to the Philippines some time around New Year. He looks forward to riding his Honda XRM and Kawasaki KLX off-road motorcycles in the mountains near his home, and getting back to training at Sanman Gym to work on his weaknesses.

“I’ve been training in Miami a long time. I miss the Philippines,” said Gaballo.

He can’t control what people are saying about him, but he can control how he reacts to it.

“My hard work,” he says, taking another look at the belt, “it pays off.”