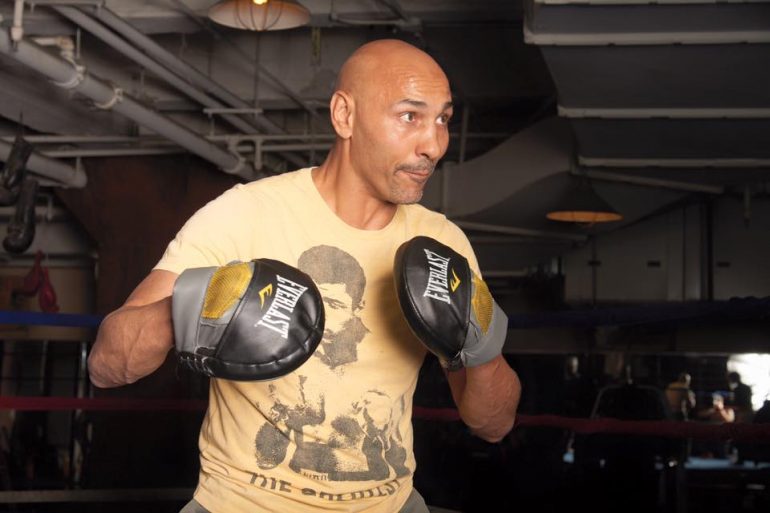 Kabary Salem, the former super middleweight contender best known for his challenge of Joe Calzaghe, has been extradited from Kuwait to the United States and charged with murdering his daughter.

Salem, who fought professionally from 1997 to 2005, accruing a record of 23-5 (12 knockouts), was captured in Kuwait after a year on the run, reported the New York Daily News. Salem is being charged with killing Ola Salem, his 25-year-old daughter, who was found strangled to death in a park in Staten Island, N.Y. on October 24, 2019.

Salem fled the country shortly after, but not before denying any knowledge of what occurred in an interview with The New York Times.

“I want to know what happened to her, what is the reason for that — but no one tells me — I am just waiting,” Salem was quoted as saying.

Salem was indicted on November 3, and arrested on December 3 by the NYPD’s Regional Fugitive Task Force, reported the New York Daily News, which adds that Salem is expected to be arraigned next week.

Salem, now 52, was born in Egypt and represented the nation in the 1992 and 1996 Olympics. In his highest profile bout, Salem knocked down Calzaghe in their 2004 bout for the WBO super middleweight title, before being dropped himself in round 12 en route to losing a unanimous decision.

Salem was noted for his frequent dirty tactics, particularly with intentional headbutts, which cost him points in his fights against Calzaghe and Mario Veit. Salem last fought in 2005, when Lucian Bute stopped him in eight rounds.

Salem was involved in a ring death in 1999, when Randie Carver died due to injuries sustained in their bout.