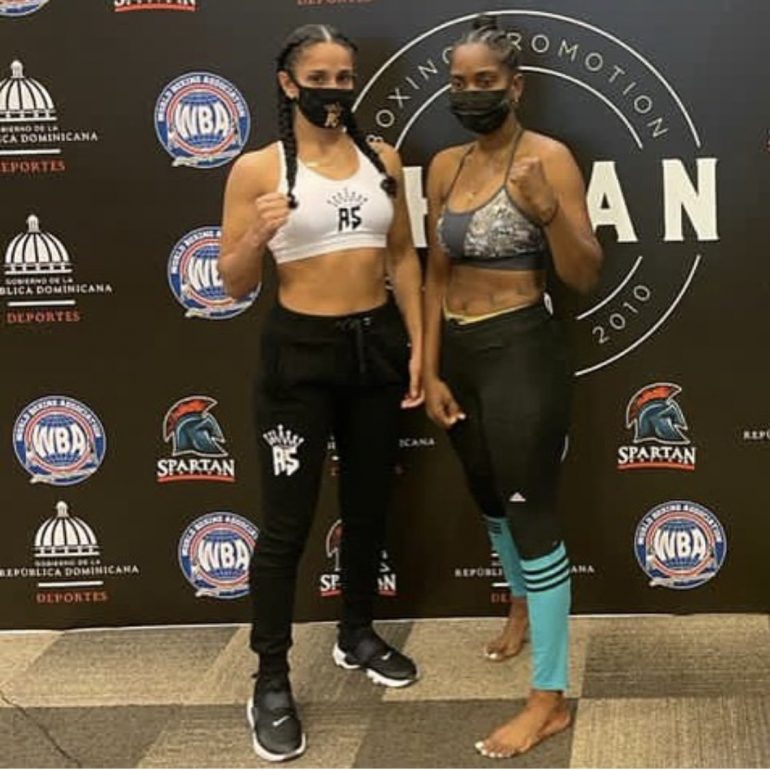 The rematch was a mismatch.

Amanda Serrano, who has won world titles in a women’s record seven weight classes and currently holds a featherweight belt, knocked out Dahiana Santana in the first round of their scheduled eight-round lightweight contest at Hotel Catalonia Malecon Center in Santo Domingo, the capital of the Dominican Republic.

The bout was a rematch of their April 2017 vacant bantamweight title fight, which Serrano won via eighth-round stoppage.

But the sequel ended rather quickly. Serrano (39-1-1, 29 knockouts), 32, a Puerto Rico native based in New York, jumped on Santana from the onset and pounded her into submission.

Serrano ripped Santana with lefts and rights to the body and the head, flooring her opponent just a minute into the fight with a right hook.

Santana (36-13, 15 KOs), who hails from the Dominican Republic, beat the count, but Serrano went right back to business, ripping lefts and rights to the body until referee Roberto Ramirez Jr. had finally seen enough, halting the action at 1:30 of round one.

The main event, which is still to come, features Ring No. 4 rated strawweight Wilfredo Mendez (16-1, 6 knockouts), who will make the third defense of his WBO title against Alexis Diaz (25-2, 17 KOs).