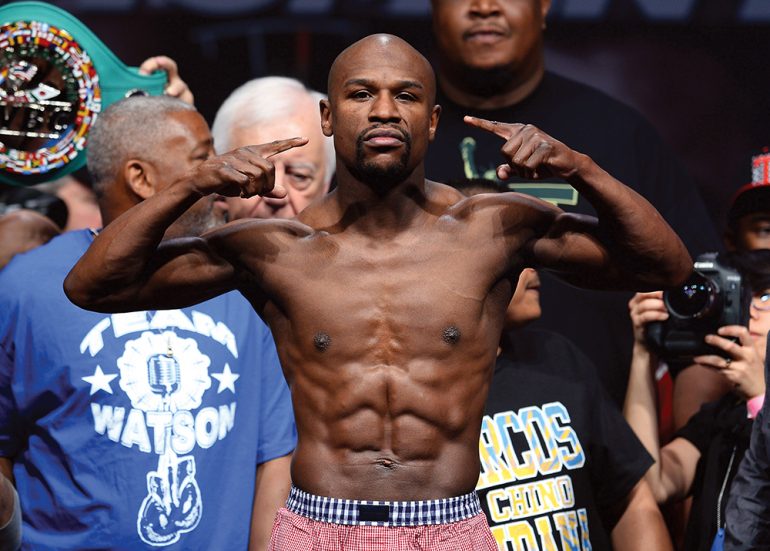 LAS VEGAS, NV - MAY 02: WBC welterweight champion Floyd Mayweather Jr. poses on the scale during his official weigh-in at the MGM Grand Garden Arena on May 2, 2014 in Las Vegas, Nevada. Mayweather will meet WBA champion Marcos Maidana in a WBC/WBA unification fight in Las Vegas on May 3. (Photo by Ethan Miller/Getty Images)
15
Dec
by Joseph Santoliquito

On Tuesday, the International Boxing Hall of Fame and Museum announced the members of the Class of 2021. Living inductees include champions Wladimir  Klitschko, Floyd Mayweather and Andre Ward in the men’s Modern category; Laila Ali and Ann Wolfe in the women’s Modern category; Marian Trimiar in the women’s Trailblazer category and Dr. Margaret Goodman in the Non-Participant category.

“Thank you for the great news,” Klitschko said. “It is an honor to be a Hall of Famer. I’m so impressed with the dedication and passion the Village of Canastota has for boxing. All of the champions feel so honored and blessed to be in the Hall of Fame. It’s amazing.”

Posthumous inductees are: featherweight champion “The Springfield Rifle” Davey Moore in the Old Timer category; Jackie Tonawanda in the women’s Trailblazer category; cut man Freddie Brown and manager/trainer Jackie McCoy in the Non-Participant category; journalist George Kimball and television executive Jay Larkin in the Observer category. Inductees were voted in by members of the Boxing Writers Association of America and a panel of international boxing historians. Biographies on the Class of 2021 can be found on www.ibhof.com.

“We’re extremely excited about the Class of 2021 and are very much looking forward to honoring the newest class of inductees to earn boxing’s highest honor,” said Executive Director Edward Brophy. 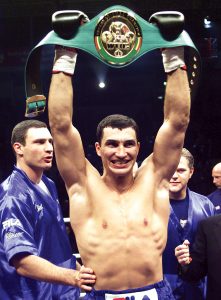 Wladimir Klitschko is a 2021 IBHOF inductee.

“It is a great honor for me to be inducted into the International Boxing Hall of Fame as a first-ballot nominee and a member of the 2021 class,” Mayweather said. “Throughout my career, I gave everything I could to the sport of boxing, and now, to be recognized by one of the most prestigious honors in the sport for that hard work and dedication is very humbling. I am looking forward to attending the Hall of Fame Induction Weekend in June and being honored alongside the other members of the class of 2021 too.”

The 2021 Hall of Fame Induction Weekend is scheduled for June 10-13 in Canastota, NY. Many events in “Boxing’s Hometown” of Canastota throughout the four-day celebration, including a 5K Race / Fun Run, golf tournament, boxing autograph card show, VIP Cocktail Reception, Parade of Champions and the Official Induction Ceremony on the Hall of Fame Museum Grounds, are scheduled. The Hall of Fame Weekend evening events include Friday night’s Fight Night at Turning Stone and Saturday’s Banquet of Champions. Both events will take place at Turning Stone Resort Casino in nearby Verona, NY. 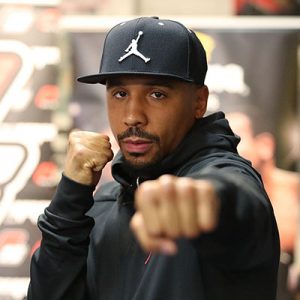 “I’ve been waiting for this call for most of my life,” Ward said. “It finally came. I’m a first ballot Hall of Famer. God has been good to me. I can finally rest now. This chapter of my life is complete.”

Laila Ali – “It truly is an honor to be inducted into the International Boxing Hall of Fame, Class of 2021. Being that my father was also inducted many years ago, makes this honor extra special to me. I learned so much inside the ring that I have applied to every area of my life outside of the ring. Boxing will forever be my first love…and knowing that I will be on the Hall of Fame Wall, inspiring others who come behind me for years to come, is a blessing that I will never take for granted.”

Ann Wolfe – “I got goosebumps. I don’t think a lot of people understand what I did. I came off the streets, trained with the best and boxing saved my life. This makes all the work I did worth it. This means completion. I completed what I set out to do in life and in boxing. In boxing a lot of people have to live life first. I lived boxing first and boxing helped me through life. I would not be where I am in life if it wasn’t for boxing and this just puts the icing on the cake.”

Dr. Margaret Goodman – “This means everything. I can’t tell you how much I love boxing. I’ve always loved boxing and I love the fighters and it’s all about the fighters. The fact that I’m recognized in this way means so much because it means alot for the healthcare of the fighters, the safety of the sport and promoting improvements to the sport to make it better for everyone involved. It’s the best honor I could even imagine.”

Marian Trimiar – “Wow! This is really an honor. I appreciate the recognition very much. This is exciting news.”