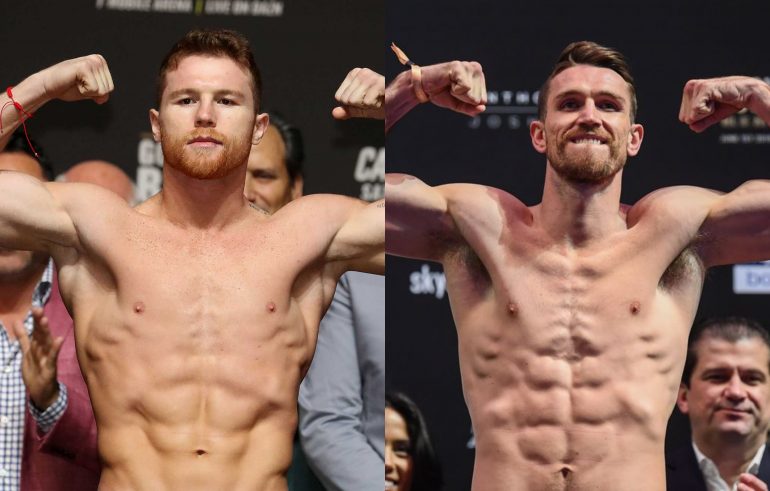 Although Mexico versus U.K. isn’t a particularly well-known rivalry, there have been some tremendous battles and memorable nights involving the fight crazed countries.

Boxing’s biggest star, Canelo Alvarez, is 5-0 (4 knockouts) against fighters from U.K. shores. He defeated Ricky Hatton’s younger brother, Matthew (UD 12), to win the vacant WBC junior middleweight title, in December 2011, before stopping sturdy veteran Ryan Rhodes (TKO 12) in his first defense. In May 2016, Amir Khan was brutally knocked out in the sixth round of a WBC middleweight title fight, then WBO junior middleweight beltholder Liam Smith was halted in Round 9, four months later. Finally, in December 2018, the pound-for-pound king blasted out Rocky Fielding (TKO 3) at Madison Square Garden.

On Saturday, Canelo seeks to turn back the challenge of yet another British fighter, when he faces Ring Magazine super middleweight champion and WBA titleholder Callum Smith (Liam’s younger brother) at the Alamodome in San Antonio, Texas. There are many who feel that Canelo is likely to be seriously tested by the 6-foot-3 champion from Liverpool, England, although the Mexican star will come to the ring as a firm betting favorite.

We now take a look back at 12 Mexico vs. U.K. showdowns/rivalries:

June 15, 1967, Vincente Saldivar PTS 15 Howard Winstone (Fight 2) – Ninian Park, Cardiff, Wales: Nine months earlier, Saldivar had outpointed the resilient Winstone to retain his undisputed featherweight title. In the rematch, Winstone thrilled his home fans by piling up an early lead, however, Saldivar came on late and dropped the Welshman in the 14th round, a moment that proved decisive on the scorecards. The two met again, four months later, in Mexico, and Saldivar won again, this time by 12th-round stoppage.

June 22, 1976, Carlos Palomino TKO 12 John H. Stracey – Empire Pool, Wembley, London: Stracey had won the WBC welterweight title in Mexico City from the aged but sublimely talented Jose Napoles six months earlier and defeated Hedgemon Lewis in his first defense. Palomino was brought to London to face Stracey and wasn’t viewed as a significant threat, however, the younger, fresher man took it to the champion, landing countless bodyshots that took their toll on Stracey, who finally wilted in the 12th round.

September 19, 1980, Lupe Pintor KO 12 Johnny Owen – Olympic Auditorium, Los Angeles: WBC bantamweight beltholder Pintor turned back the courageous effort of the reigning British, Commonwealth and European champion. Owen got off to a good start, but as the rounds passed, Pintor battled back. The champion was ahead on all three cards before he finally got to the “Matchstick Man”, dropping him twice in the ill-fated 12th round. Owen suffered a brain hemorrhage and underwent surgery, but he never regained consciousness and passed away two months later. 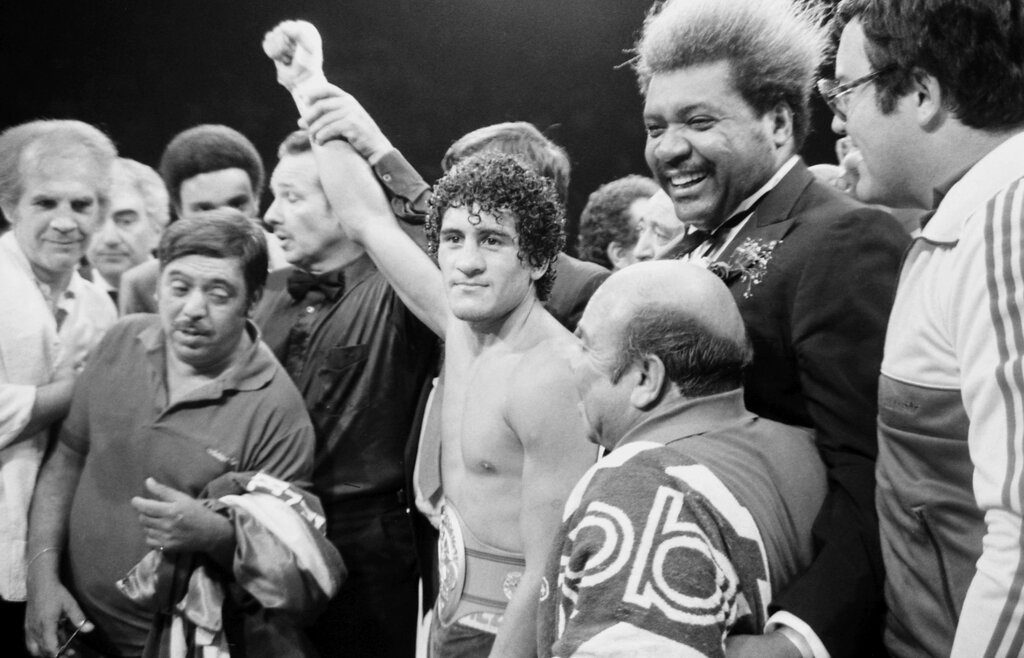 The great Salvador Sanchez. Photo from The Ring archive

December 12, 1981, Salvador Sanchez SD 15 Pat Cowdell – Astrodome, Houston: Although Sanchez successfully made the seventh defense of his WBC featherweight title, he wasn’t able to impress, laboring at times against the awkward Brit, who gave Sanchez more trouble than expected. “Chava” still cemented victory, however, dropping the gallant Cowdell in the final seconds of the bout to win a split decision, which was roundly booed by a 10,000 pro-Sanchez crowd.

March 29, 1988, Lloyd Honeyghan KO 3 Jorge Vaca (Fight 2) – Wembley Arena, London, England: In October 1987, Vaca upset Honeyghan to win the Ring Magazine and WBC welterweight titles via eighth-round technical decision, when a cut curtailed the bout. In their rematch, “The Ragamuffin Man” was in no mood to play around and went about his business in a clinical manner, clubbing away and dropping the Mexican in the third round with a well-placed bodyshot. Vaca was unable to beat the count and Honeyghan regained his titles.

November 13, 1991, Paul Hodkinson UD 12 Marcos Villasana (Fight 2) – Maysfield Leisure Centre, Belfast: Villasana had come from behind to bust up both of Hodkinson’s eyes and force an eighth-round stoppage to claim the vacant WBC 126-pound title in June 1990. In the rematch “Hoko” boxed exceptionally well and claimed the grizzled Mexican’s title by hard-fought unanimous decision. Hodkinson, an all-action crowd-pleaser, made three defenses before losing his title to another Mexican, Gregorio “Goyo” Vargas, in seven rounds in April 1993. 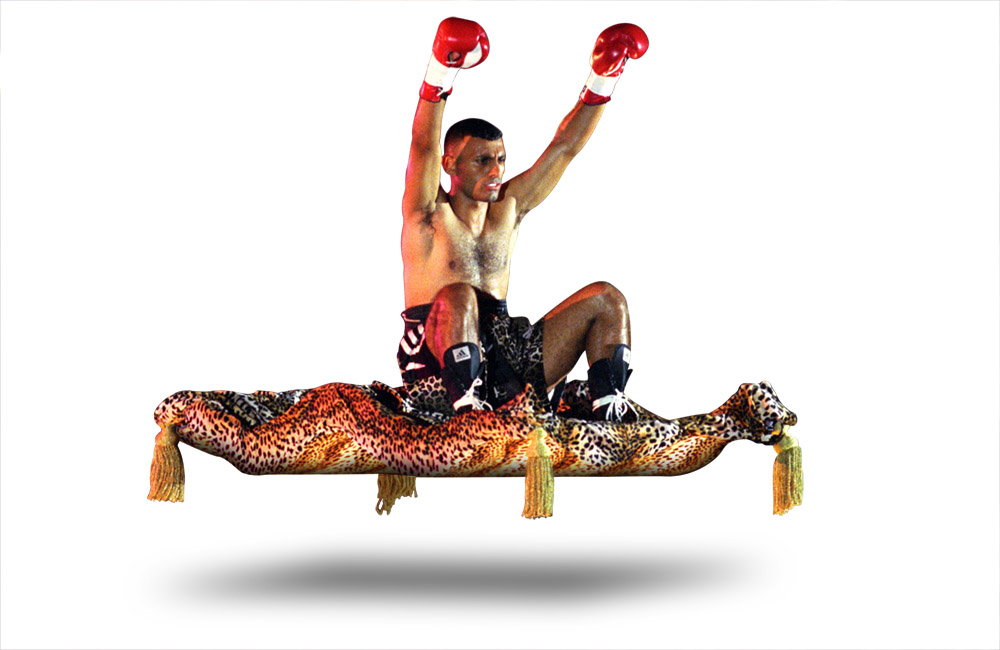 April 7, 2001, Marco Antonio Barrera UD 12 Prince Naseem Hamed – MGM Grand, Las Vegas: Hamed had long been considered the premier featherweight in the world, while former junior featherweight titleholder Barrera was stepping up in weight for a new challenge. Barrera, a 3-1 underdog, boxed brilliantly throughout and took Hamed’s unbeaten record and cloak of invincibility with a disciplined and educated boxing display.

July 12, 2003, Manuel Medina SD 12 Scott Harrison – Braehead Arena, Glasgow, Scotland: The grizzled Mexican warhorse arrived in Scotland on the back of two low-key wins and was viewed as a sacrificial lamb for the streaking Harrison. However, Medina had other ideas and used all of his experience to befuddle Harrison en route to a split decision victory that saw him claim the WBO featherweight title. In a rematch, five months later, Harrison rediscovered his old form and ripped the title back, dropping Medina twice on his way to an 11th round stoppage. 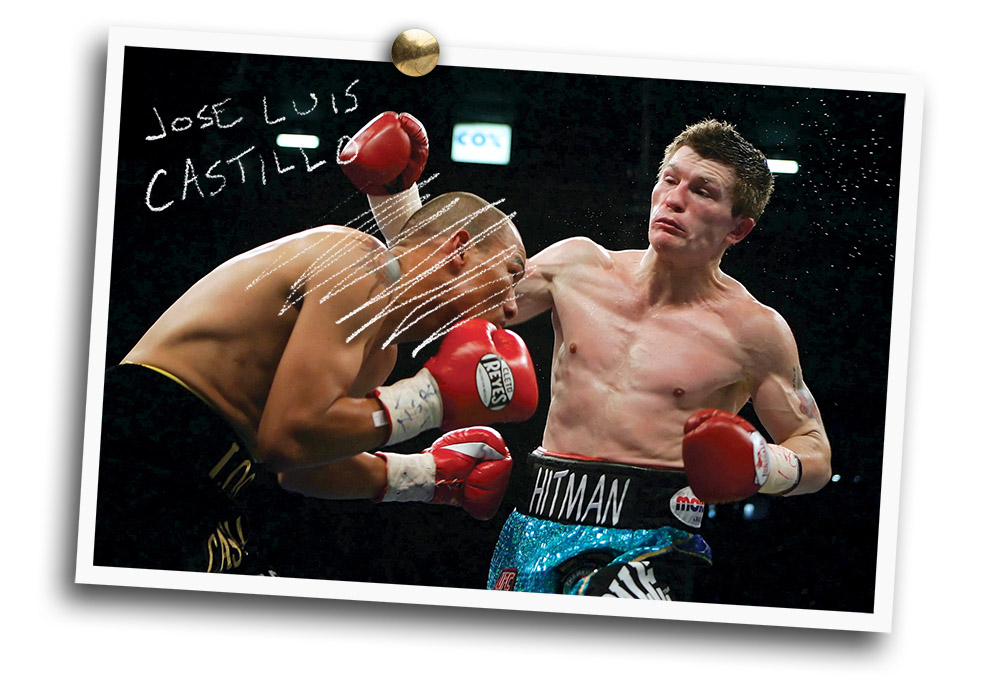 June 23, 2007, Ricky Hatton KO 4 Jose Luis Castillo – Thomas & Mack Center, Las Vegas: The hugely popular Hatton and Castillo shared a fight card earlier in the year before converging on Las Vegas for their eagerly anticipated junior welterweight fight. They met in front of a pro-Hatton crowd and went tit-for-tat with both men showing signs of battle. However, the argument was rendered moot when “The Hitman” landed a debilitating left hook to the liver that dropped Castillo late in the fourth round. He was unable to recover and was counted out by referee Joe Cortez. It was later revealed that the bodyshot had broken four of the Mexican’s ribs. Hatton retained his Ring Magazine 140-pound championship with the victory.

July 30, 2016, Carl Frampton MD 12 Leo Santa Cruz – Brooklyn Center, Brooklyn: Although many of the rounds were close, the Belfast star stunned Santa Cruz in Round 2 and edged the fight via decision to lift the WBA featherweight crown and become a two-weight world titleholder. The two met in a rematch six months later and this time Santa Cruz elected to box. The tactical switch and increased activity proved too much for Frampton, and Santa Cruz leveled the two-fight series, also by majority decision. 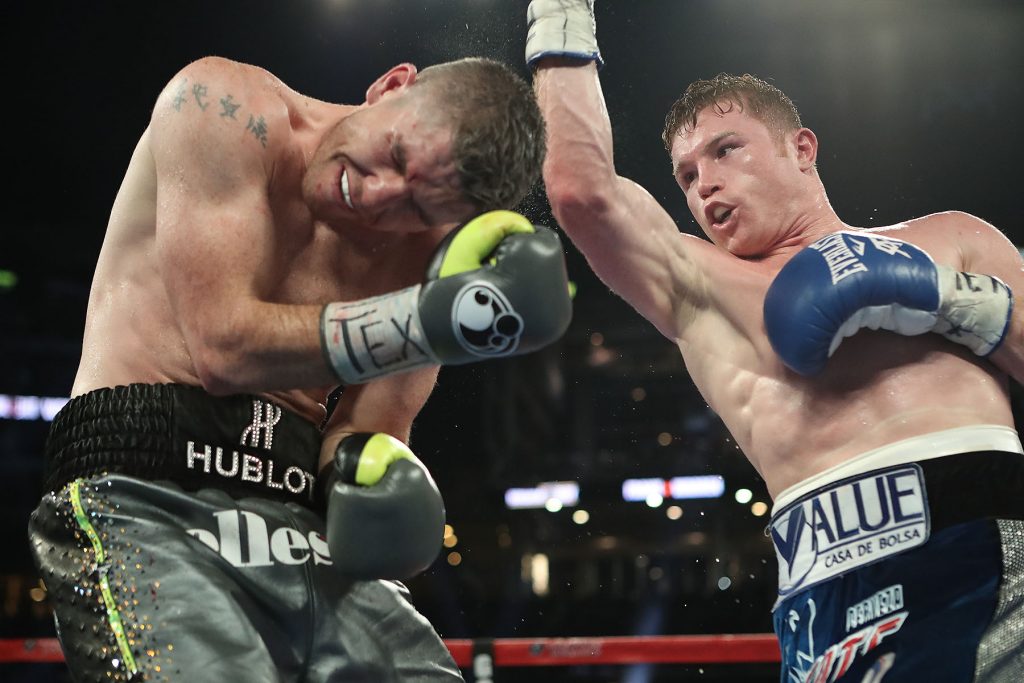 Canelo on the attack against Liam Smith. Photo courtesy of Hogansphotos

September 19, 2016 Canelo Alvarez KO 9 Liam Smith – AT&T Stadium, Arlington, Texas: Immediately prior to his move through the middleweight, super middleweight and light heavyweight divisions, Canelo challenged for world honors one more time at 154 pounds. He selected WBO titleholder Smith, who was game throughout but couldn’t deal with the outstanding shot selection of the Mexican superstar. The Englishman was dropped in the seventh and eighth rounds and was eventually finished off with a perfectly delivered bodyshot in the ninth that thrilled the 51,420 fans in attendance.

CALLUM SMITH UNFAZED BY CANELO CHALLENGE: I’M A WINNER, AND I DON’T TAKE FIGHTS FOR A PAYDAY

Canelo-Smith, plus undercard action, will be streamed live by DAZN in the U.S. and in the U.K.