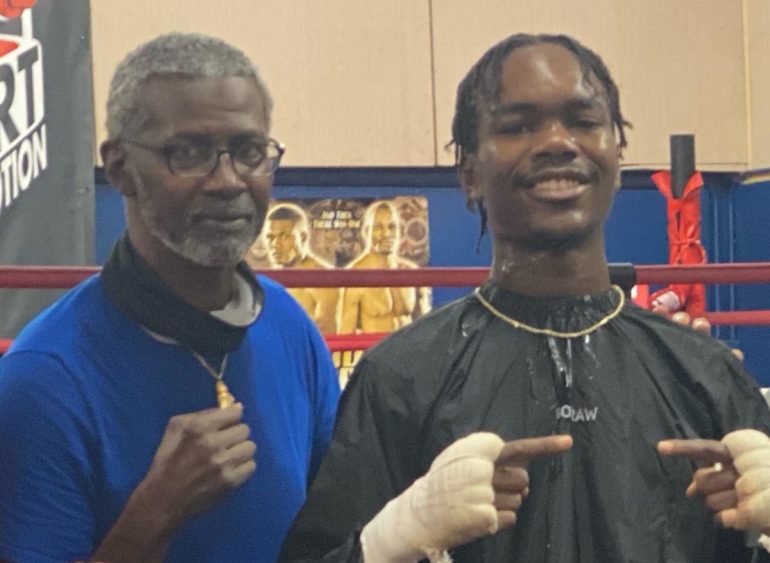 Another fight, another knockout win for Cassius Chaney.

The unbeaten heavyweight battered veteran Jason Bergman, stopping him in round 2 at the Champion Boxing Gym in Jonesboro, Georgia. With the victory, Chaney improves to 20-0, 14 knockouts.

Chaney, who was born in Baltimore, Maryland and now resides in New London, Connecticut, last fought on August 28, stopping Chauncy Welliver in round 4. The 33-year-old entered the Bergman fight having stopped his previous eight opponents.

From the opening bell, the taller and bigger Chaney walked Bergman down, raining combinations down to the head and body. Not all the punches landed clean, but Bergman was forced to spend much of the fight covering up.

Chaney picked up where he left off in round 2, battering Bergman. An accumulation of punches stunned Bergman, prompting Chaney to follow up. Bergman was receiving several punches to the head that forced an immediate stoppage to save Bergman from receiving further punishment.

Kathy Duva of Main Events, which promotes Chaney, told The Ring Thursday evening she believes Chaney is ready to take that step towards contender status in 2021.

Also on the card, welterweight Evan Holyfield, the son of former undisputed cruiserweight and heavyweight champion Evander Holyfield, stopped Donnis Reed in the opening round.

Holyfield (5-0, 4 KOs), who grew up in Atlanta, Georgia and now lives and trains in Houston, Texas, battered Reed a few times during the round. About midway through the round, Holyfield stunned Reed, sending him reeling. Holyfield followed up, battering Reed until the fight was stopped at 1:53.

Reed, who resides in Lemon Grove, California, drops to 3-8, 2 KOs and has now lost his last six bouts.