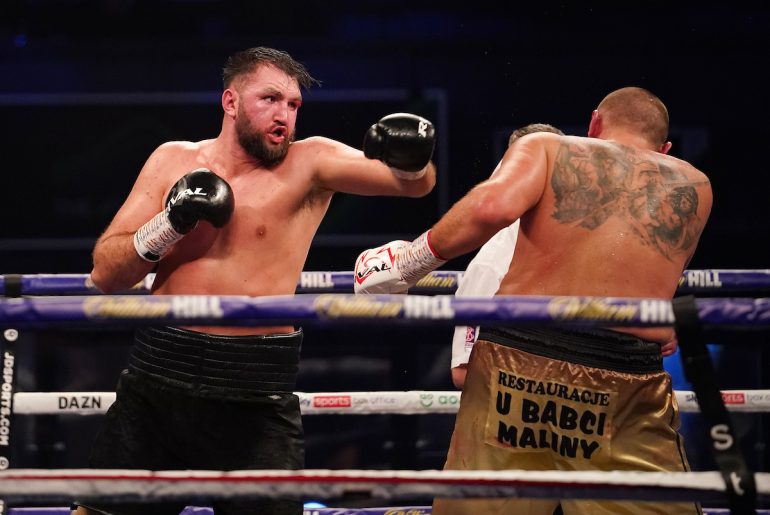 LONDON – A badly cut Hughie Fury won a wide 10-round decision over giant Pole Mariusz Wach in a heavyweight attraction at the Wembley Arena on Saturday. Official scores were 100-90, 100-90 and 99-91.

Aside from some after the bell action at the end of the second session there was little of note to report in the early rounds.

Hughie started the fourth quickly, however, he picked up a horrid cut by his right eye for his troubles. The bout was paused so the doctor could inspect the wound and the fight opened up as a consequence. Wach targeted the bleeding area and Fury was fighting as though he had a limited time left in the fight.

The tempo fizzled, however, and Fury survived another doctor’s inspection at the start of the sixth. He boxed brilliantly that round, peppering Wach with jabs from both stances and keeping him honest with the occasional power shot.

Fury increasingly seemed to find the measure of Wach as the fight progressed and he didn’t need to take any chances with the cut so he continued to box, move, land clusters, move and he didn’t take much in return.

The cut might have oddly been the best thing to happen to Fury, now 25-3 (14 KOs), as he posted a mature and composed performance for the rest of the fight while staying out of harm’s way. Wach is now 36-7 (19KOs). 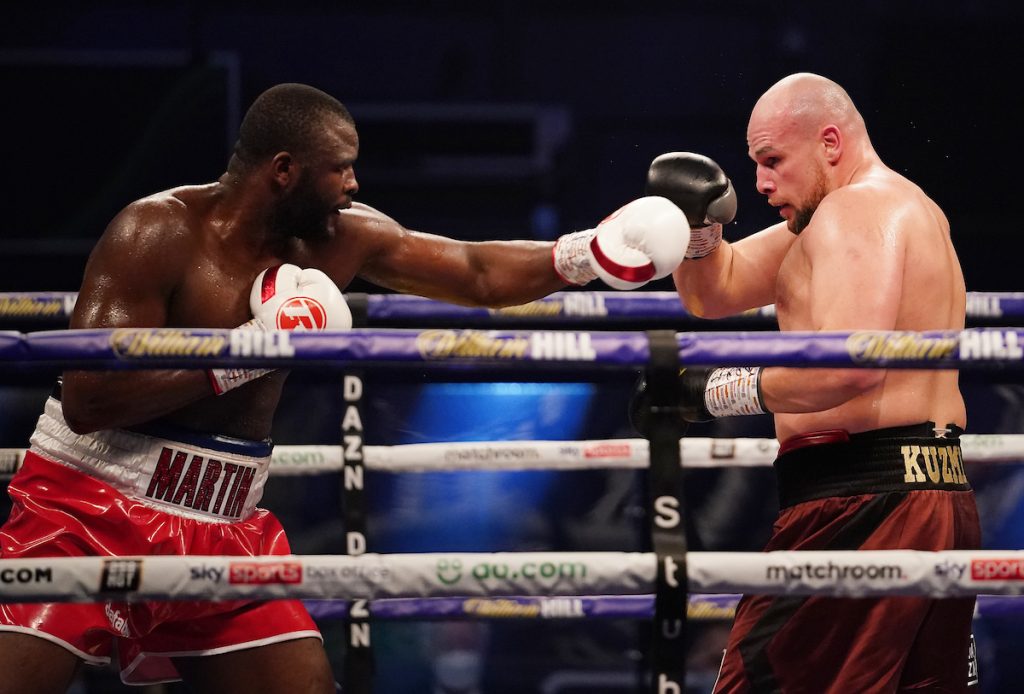 Martin Bakole (left) gets the better of Sergey Kuzmin. Photo by Dave Thompson

Martin Bakole, originally from the Democratic Republic of the Congo but fighting under the tutelage of Billy Nelson in Airdrie in Scotland, scored the win of his career to date by outpointing Russia’s Sergey Kuzmin over 10 rounds.

It could have been a wild and explosive affair but it never really caught fire.

The second was a fun, free-swinging round of fighting and both scored with thundering hooks and right hands. Early on Bakole seemed to have stunned Kuzmin but he weathered the storm and battled back in the session’s closing stages.

The third was quieter. Bakole took it behind his jab and the fourth was also a slower round. Kuzmin landed several thumping rights in the fifth but Bakole took them all, even replying with interest with a left hook near the end of the round.

The Russian landed big hooks in the next but sparks didn’t fly in Round 7, either.
It appeared the crashing and bashing of Round 2 was over and the crowd voiced their disapproval at the lack of action in the eighth and ninth having been teased with a war early on.

Bakole seemed to have some damage around his left eye by the end of an equally quiet 10th but he raised his hand in victory and returned to his corner at the final bell.