Ryan Garcia says he wants to break Luke Campbell’s bones during the launch of their Jan. 2 battle 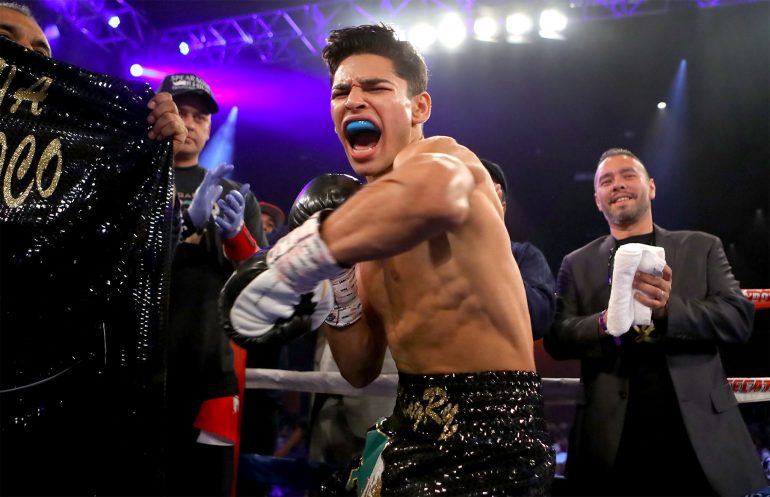 The fight, which will be streamed live worldwide exclusively on DAZN, will be for the interim WBC lightweight title and is presented by Golden Boy in association with Matchroom Boxing.

The fighters were joined by Oscar De La Hoya, Chairman and CEO of Golden Boy, and Eddie Hearn, Managing Director at Matchroom Sport, along with actor and television host Mario Lopez.

Garcia, 22, has stopped his last four opponents, including first-round kayos of Romero Duno and Francisco Fonseca. Campbell, 33, is 3-2 over his last five fights, which includes a unanimous-decision defeat to then-lightweight world champion Vasiliy Lomachenko in August 2019.

Garcia, for one, sounded defiantly confident, not only taking aim at Campbell but everyone else in the loaded lightweight division, like reigning world champ Teofimo Lopez Jr., Gervonta “Tank” Davis and Devin Haney.

“Luke Campbell, it’s inevitable for him, he’s just going to get his ass whipped,” Garcia said. “This is how it’s supposed to be written. This is how the stars are aligned. I get to have everybody watch around the whole world. That’s what I always wanted to do—inspire the whole world.

“I’m not worried about Luke. He has no challenges for me. All he has are pitty-pat punches; amateur-style punches. None of that is going to save him. The moment he feels my shots, he’s going to start backing up. I’ll figure out from there and surgically beat him down.

“I’m going to punish him and then go on to fight Tank. I’m not even worried about fighting Luke Campbell. What experience does he have? Every time he stepped up, he lost. He even lost to a guy we never heard of. Who is Yvan Mendy?”

Garcia stressed that he’s not “playing games” anymore. He also spilled out a design for world domination.

De La Hoya then asked Garcia what it is like for those titlists to need Garcia, instead of Garcia needing them.

“They try to do whatever than can do to tamper my name,” Garcia said. “I see Teofimo Lopez, I see all of them hating. That hate is going to blind them. They’re going to run into one of my shots. They’re going to be knocked out. Every single one of them.”

Garcia said he feels very “disrespected” by Campbell. He vowed Campbell will be the first of his move to the top.

“He’s the first one who’s going to get this,” Garcia said. “I want to break his eye. I want break his bones. I want to break everything of him.”
Campbell, on the other hand, was far more subdued.

“I believe that I’m going to win this fight, 100-percent,” Campbell said. “He’s getting knocked out.”