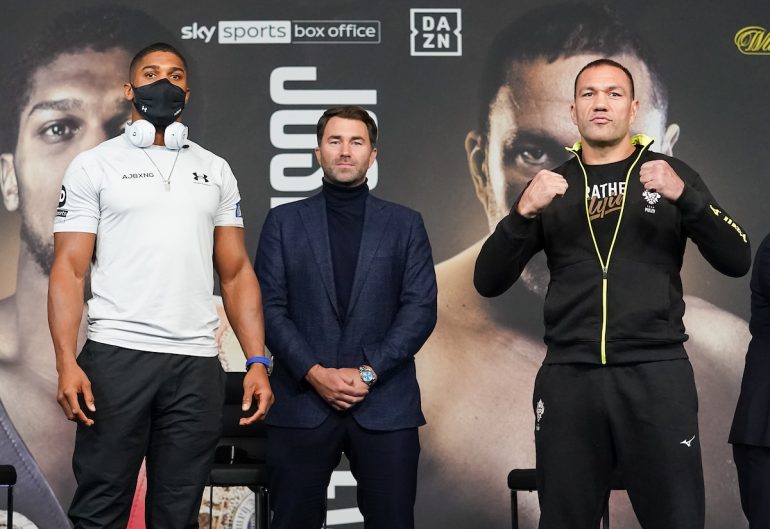 The final heavyweight title showdown of the year is imminent and it could set up the biggest of a generation.

On Saturday, Anthony Joshua will defend his IBF, WBA and WBO titles against Bulgaria’s Kubrat Pulev at the Wembley Arena in London.

Both fighters met on Wednesday at the final press conference and the respective camps were loaded with confidence.

“The [Andy] Ruiz loss didn’t change me,” said Joshua (23-1, 21 knockouts), who avenged his only setback by adopting a more disciplined and cautious approach than we’ve seen in the past. “I’ve got a lot of character. Every fighter trains hard, but it’s character that separates us. I feel like I’ve got a lot of character. I’ll be keen to stand there, I’m definitely gonna get hit, he’s gonna get hit, so I’ll be the last man standing.

“The pressure that I went through last year was tough but it made me stronger mentally. I’ve always wanted to fight the best, that’s never been an issue. What have I got to lose? I’ve got everything to gain. I want to be successful in boxing and the only way to be successful is to take tough challenges.

“I’ve known Kubrat Pulev for many years. I was in the training camp when his brother (Tervel) was sparring Warren Baister. I was in Wladimir Klitschko’s camp when he was preparing for Pulev. I understand some of the tactics that need to go into beating Kubrat Pulev. I’m prepared for it go the full 12 rounds… I feel like I’m a 15-round fighter.” 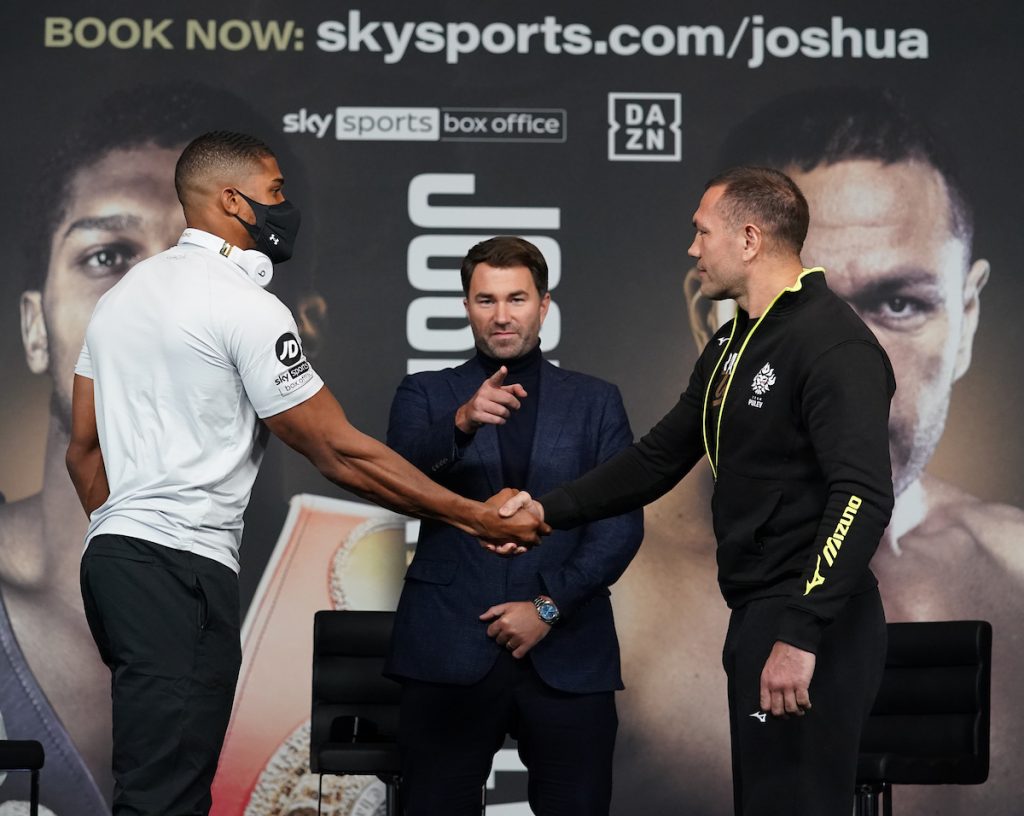 This will be Pulev’s second world title shot. In November 2014, he was dropped multiple times and blasted out in five rounds by the legendary Klitschko, his only defeat. The challenger has won eight fights since, including dominant decision wins over Derek Chisora and Hughie Fury.

“I’m happy the [fight is on], especially during this pandemic. I respect Anthony, he’s a good fighter, but I have everything to be champion.”

Should Joshua take care of this IBF mandatory assignment, a superfight with Ring Magazine champion and WBC titleholder Tyson Fury could finally take place in 2021.

Joshua-Pulev, plus undercard action, will be broadcast by DAZN in the U.S. and will be available on Sky Box Office pay-per-view in the U.K.