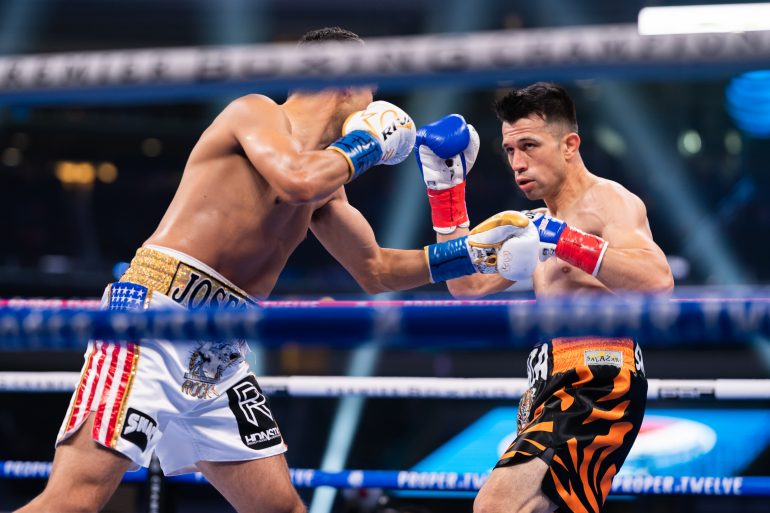 In 15 years as a pro, Francisco Santana never gave anything less than his best. After 35 fights, the man known as “Chia” decided he had nothing more to give.

The 34-year-old from Santa Barbara, Calif. announced his retirement Monday on social media, less than two days after his tenth round stoppage loss to Josesito Lopez on Saturday at AT&T Stadium in Arlington, Tex. The welterweight bout took place on the undercard of the Errol Spence Jr. vs. Danny Garcia pay-per-view card.

“For the past 26 years I’ve trained Monday thru Saturday with no breaks. That’s 26 years of religiously hitting the bags, throwing and receiving punches, making weight, the list goes on. It became clear to me on Saturday that this chapter in my life had come to an end,” said Santana, who ends his career with a record of 25-9-1 (12 knockouts). “Although my mind was ready for war and I was fully focused on the task at hand, unfortunately my body could not react the way it always has for me in the past. It was a moment that I had heard about from retired boxers, a moment that I dreaded, the moment where your heart and mind say one thing but your body doesn’t follow.

“Boxing is my life, it’s the blood that runs through my veins. But my body informed me this Saturday that it should be the last time I set foot in the ring as a fighter.”

Throughout the bout, Santana appeared a step behind the more versatile boxer-puncher Lopez, getting knocked down in the first round on an overhand right. It only got worse from there, and Santana wobbled precariously towards his corner at the end of the ninth round, and was still allowed to come off his stool for the tenth round, which sparked criticism towards referee Neal Young and trainer Joseph Janik.

Santana, who says he won about half of his 80 amateur fights, turned pro at age 19, winning his first eight bouts until losing a split decision to Karim Mayfield. He’d win his next three before being stopped in five by Mayfield in a rematch. From there, he established his reputation as a tough night for bigger names, inflicting the first blemish, a draw, on the record of future champion Julian Williams, and losing decisions to the likes of Jermell Charlo, Sadam Ali and Jose Benavidez Jr.

Santana’s best run came from 2012 to 2015, when he won ten in a row, inflicting the first defeats on the records of prospects Eddie Gomez and Kendal Mena.

A short appreciation video for Francisco @ChiaSantana, who announced his retirement from boxing after 15 years as a pro. Highlights include his KO of Kendal Mena, plus clips from his win over Eddie Gomez, and his knockdown of Abel Ramos pic.twitter.com/qsXmFDeEzw

Bright spots became fewer and far between in recent years, and Santana lost five of his last six bouts before deciding to call it a career.

“I’ve had an amazing career and have fought in all of the biggest stages including the Mecca of Boxing, Madison Square Garden. I went from being the worst skilled kid in my local boxing gym to becoming the WBA International Welterweight Champion! I surpassed any expectation set for me and I will forever be grateful for the blessings God and these two fists have given me,” said Santana.

“That being said, I’m looking forward to spending time with my family without the interruption of training camps and be able to be focused on them 100% 24/7 because they deserve it more than anything. My wife has been by my side since I made my pro debut 15 years ago. I started this journey with her and am proud to end it with her too.

“I’m saying goodbye to Chia the fighter but hope to be known as Chia the trainer one day in the future. My life was saved by boxing and I would love to be able to help kids discover what I have in this sport.”