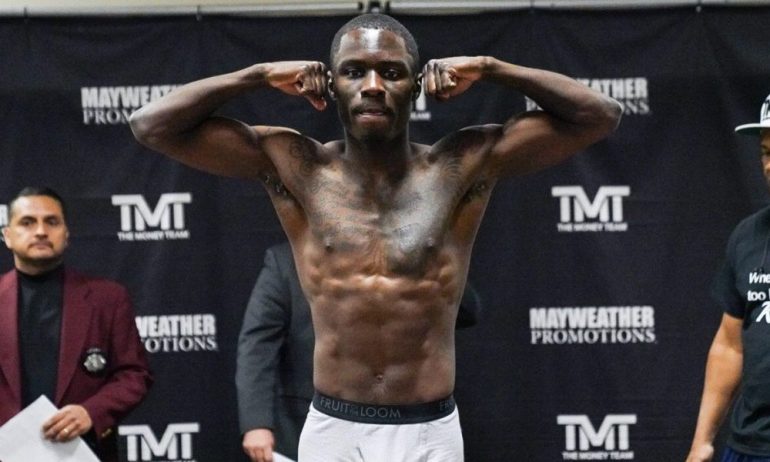 Hitchens (11-0, 5 knockouts) is excited at the prospect of meeting the former junior lightweight titleholder.

“He’s gonna make me bring out my boxing IQ and show the world how smart, crafty and educated I am. I think he should be the opponent to show everybody what I bring to the table.”

The 23-year-old Brooklyn resident appreciates that he’ll have to take his time with Mendez and clearly respects his skills.

“I think he’s a good counterpuncher,” said Hitchens. “He’s very relaxed in the ring, very savvy and slick, he’s a good boxer. He does a lot of things right, but I think everything he does right, I do better than him. I think the main thing I’m going to have over him is my smarts.”

Hitchens was able to spend some quality time with his promoter, Floyd Mayweather Jr., at the Mayweather Boxing Club in Las Vegas during the pandemic.

“He was training me for a good amount of time,” Hitchens explained. “[Floyd] was real hands on with me, he was showing me different things to incorporate into my game. My tools are sharp.”

Hitchens is confident that he is more than capable of mixing it up with the best at 140 pounds right now.

“It’s a very deep division,” he acknowledged. “I want my name to be stamped as the best at 140, that’s what I’m going for. I can’t slack on my game because everybody’s gunning for that top spot. It’s just about who wants it the most. I think I want it the most. Time will tell.

“I think at my age to be taking about competition like this with such little experience in the professional ranks is a testament to my skills.”

And Hitchens has aspirations that go way beyond conquering Mendez.

“You’re going to see a sharpshooting boxer who is on a whole different level,” he said. “I think I set myself apart from just about every boxer. I’m think I’m among the best – the Canelos, the Terence Crawfords – I think I can share the ring with the best in boxing. It’s just getting the experience and proving myself each and every time I go out there.

“I’m not just looking for a victory, I want to prove I’m one of the very best in boxing and it’s going to start with Algenis Mendez. After that we’re going to look for a world championship, but I’ve got to focus on Saturday.”

Mayweather Promotions CEO Leonard Ellerbe believes the sky is the limit for his young fighter.

“Richardson Hitchins is one of the top young fighters in the sport,” said Ellerbe. “He has a lot of potential and a promising future ahead. I believe he will become a world champion in multiple divisions and his first opportunity isn’t far away.”

Mendez was an experienced amateur who fought at the 2004 Olympics and 2005 World Championships before turning professional in 2006. The Dominican-born fighter dropped a unanimous decision to then-IBF 130-pound titleholder Juan Carlos Salgado before winning the rematch in decisive fashion (KO 4). He lost the title to Rances Barthelemy (UD 12).

The Showtime telecast will be headlined by Chris Colbert-Jaime Arboleda and will also include Ronald Ellis vs. Matt Korobov. The broadcast will begin at 9 p.m. ET/ 6 p.m. PT.