Named after ‘The Golden Boy,’ Oscar Collazo wants to make his own legacy 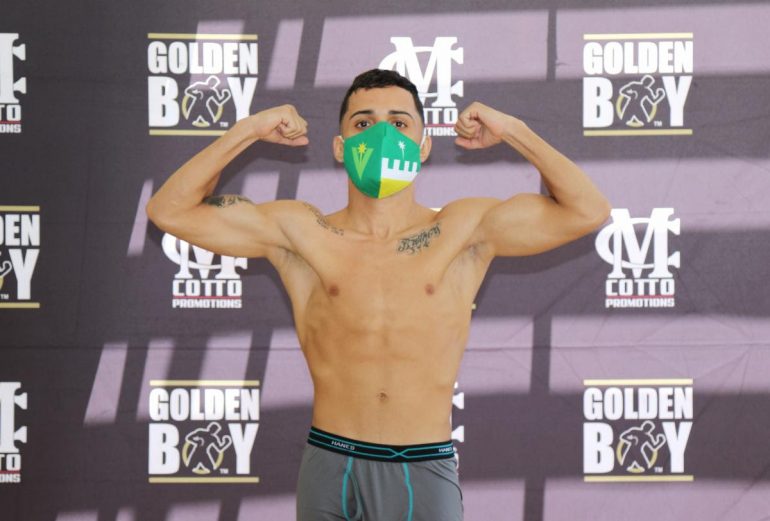 He was named after the “Golden Boy” himself.

Now Oscar Collazo is destined to make his own legacy.

After capturing a gold medal at the 2019 Pan-American Games in Peru, Oscar “The Pupil” Collazo set aside his Olympic aspirations to turn professional. In his February debut, the junior flyweight scored a third-round knockout of Vicente Cheneque in Puerto Rico.

“My mother named me after Oscar De La Hoya,” Collazo stated. “That’s something I can tell him when I see him.”

The 23-year-old, who was born in New Jersey but is based in Puerto Rico, hinted that his decision to forego the Olympics was not something he took lightly.

“It was a dream of mine to compete in the Olympics,” Collazo added. “But there was talk about my weight class being cut out completely, so I decided to go pro.

Just over a month following his debut, the 2020 Olympics were postponed due to the COVID-19 pandemic. With coronavirus cases rising once again globally, there is talk about the Games being canceled altogether.

However, Collazo has remained upbeat despite the odds.

“It has been very hard for me and my team,” he conceded. “But we have never let it get to our head. We’ve been training since the first day of the pandemic.

“Nothing stopped us because we have to be ready in case we get called to fight.

WHAT A DEBUT! 💥 🥊
Oscar Collazo did not stop throwing punches, his pressure and change of angles got him the TKO! 💪

Cruz, who is making his pro debut, is looking to settle multiple scores with Collazo.

“I fought Kevin Cruz in the amateurs twice and won both fights,” he stated.

But Collazo insinuated that Cruz is not going to be a walk in the park.

“He’s a hard hitter,” he explained. “He throws a lot of punches, but I think that my ring intelligence and IQ will get me (another) W.”

Collazo, who had over 150 amateur fights, signed with Miguel Cotto Promotions and H2 Entertainment in association with Golden Boy Promotions last year.

“We had great negotiations,” he said of the deal. “It’s excellent to have a lot of support with people that want to grow with you in the sport of boxing.

“Inside of Miguel Cotto Promotions, there are very good boxers in the sport, and life itself.”