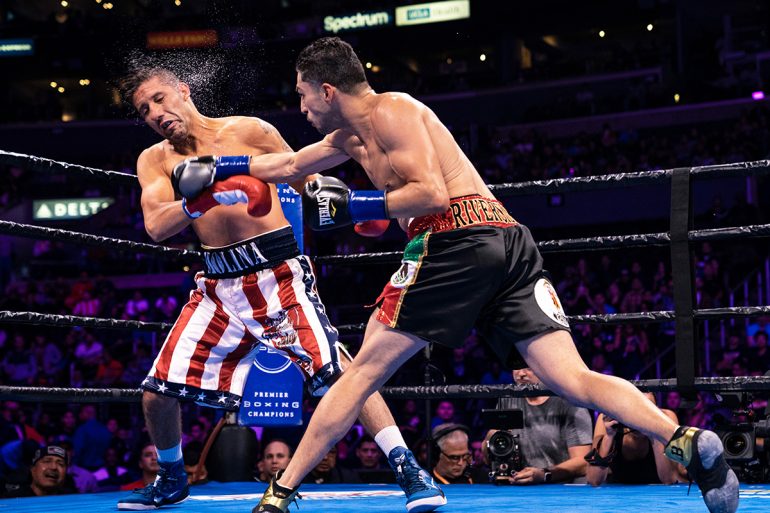 Josesito Lopez has experienced the highs and lows in a pro career that has lasted almost 18 years.

As he continues to move forward during the twilight of his career, Lopez continues to hold out hope that he can earn another world title shot and live up to his moniker of ‘The Riverside Rocky.’

Lopez-Santana is being billed as an all-action, fan-friendly clash between two fringe contenders who come to fight. It is a crossroads bout as the winner moves forward toward contender status, while the other fighter will likely be viewed at as a gatekeeper in a deep division that is 147 pounds.

In his last bout on September 28 of last year, Lopez (37-8, 20 knockouts), who resides in Riverside, California, notched a knockout win in round 8 over hard-hitting John Molina. Lopez has won four of his last five bouts with the only loss coming at the hands of then-WBA titleholder Keith Thurman by majority-decision on January 26 of last year.

Lopez does acknowledge he will be looking at a mirror-image of himself in the ring Saturday night in Santana, but feels he has the intangibles to pull out the victory.

“There are a lot of similarities between Santana and I,” Lopez told The Ring over the phone Tuesday night. “I would like to think that I’m more versatile than he is. The toughness and grit is there. We both have that all-action, come-forward style. We both fight with our hearts. 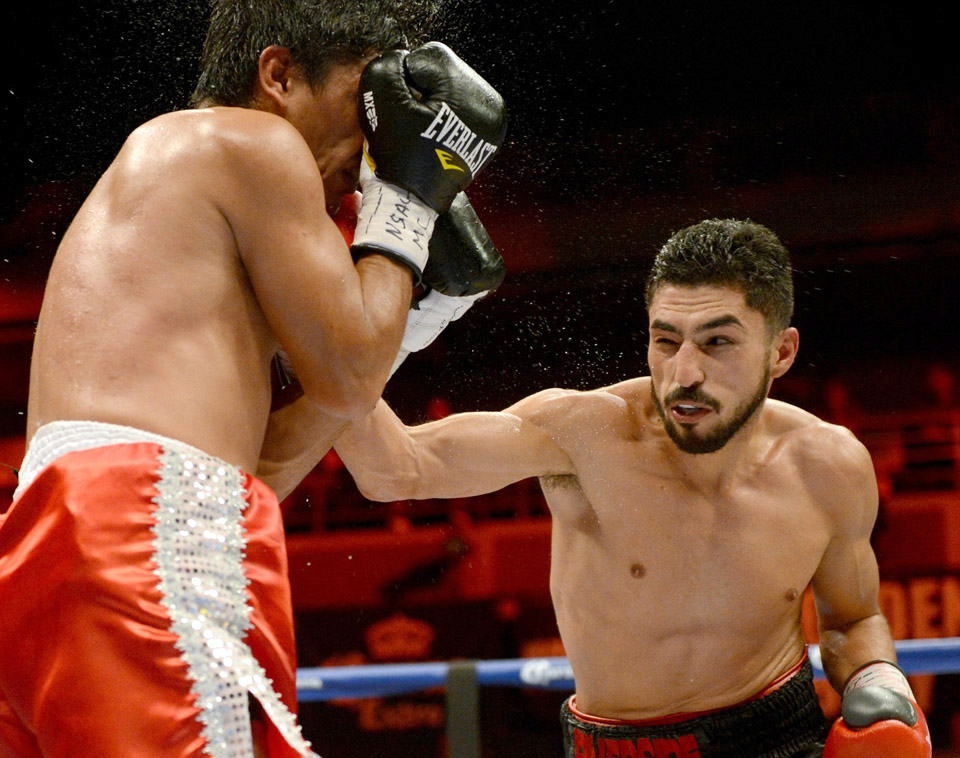 “I think we both were raised in the pro ranks and we took the hard road. We didn’t take any easy fights, especially over the last couple of years. We always seem to be in great fights so it’s going to interesting to see how the fight will play out Saturday night.”

Lopez, who began his career fighting between 130 and 135 pounds, is now being trained by Robert Garcia. Lopez has enjoyed the convenience of training at Garcia’s gym that is also located in Riverside.

With all the different amount of world titleholders, contenders and prospect that train at Garcia’s gym, Lopez never has difficulty finding someone to spar against. Lopez also believes each fighter Garcia trains feeds off one another from the work ethic each puts in the gym.

“Robert has reinvigorated my career,” said Lopez, who has fought under the PBC banner for the last several years. “I could attribute everything to the entire team. Robert, his son (Robert, Jr.). It’s not just one person. I really think Robert has the best boxing gym in the world. In the gym, you have hungry fighters, whether they are top fighters or young, unbeaten fighters. We all push one another. It’s what a fighter needs. I personally embrace it. I’ve gotten a lot better and smarter from all the work I’ve put in with Robert at his gym.”

Lopez acknowledges the importance of Saturday’s fight against Santana. Neither fighter can afford a loss and a win could put either fighter a step closer to facing an A-level fighter or having another fight on a significant platform.

Lopez is not overlooking Santana.

“It is a must-win,” said Lopez. “Every fight from here on out is a must-win. There’s no room for losses. I’ve prepared myself to win. I’ve done all the work. Now I have to execute.”

Lopez has experienced the peaks and valleys of the sport, especially within a three-month span in 2012. In June of that year, Lopez pulled off an upset win over Victor Ortiz, notching a knockout when Ortiz did not answer the bell for round 9.

Ortiz was penciled to face Canelo Alvarez with the win over Lopez, but Lopez faced Alvarez later that year in September. Lopez put up a valiant effort, but was dropped three times en route to a knockout loss. Lopez acknowledges that whether it was fighting Ortiz, Alvarez or any fighter, he was willing to give his all in the ring.

“It’s hard to pinpoint a moment I’ve had that was career-defining. I mean, my win over Ortiz was my breakthrough to the top level. I don’t think there was one fight that says who I am (as a fighter). I’ve always wanted to show that I was willing to face the top guys in my career. I’m the same exciting fighter as I was in 2006.