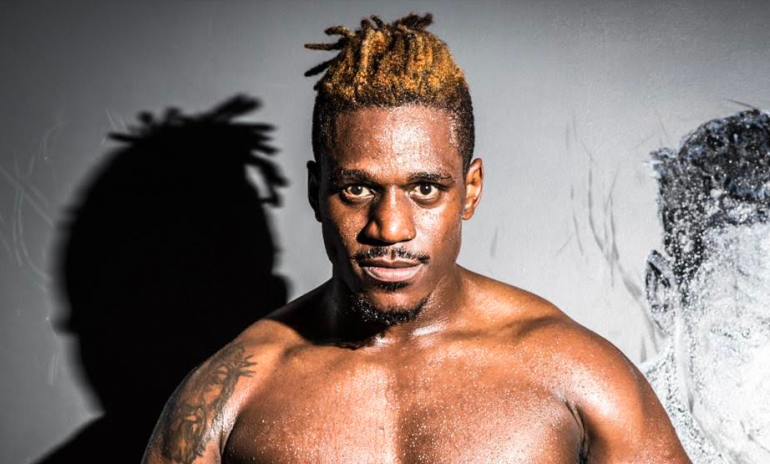 He is a long time sparring partner for Canelo Alvarez, so you know Ronald Ellis is getting good work, off and on, even when no fights have been booked.

After doing five miles of road-work that morning, before a planned sparring session of 8 rounds or so with Canelo, Ellis, age 31, chatted with RING about his pro career to that point, what he’s learned from his stints with (and against) the red-head, and how he plans to play it in his next fight. Dec. 12 against Matt Korobov.

Ellis, who grew up in Massachusetts, and makes California home, is quick with a grin. He has an upbeat tone, and betrays no world weariness as he works to try and insure his ship comes in, and he keeps ascending, so this time spent in the boxing realm pays off as it should, in that ideal world, for all diligent practioners.

I had to get some Canelo stuff out of the way, first.

Sparring with Canelo–is he a guy who rumbles some of the time, all of the time, or not that much, saving it for fight night, mostly? “It depends on the day, yesterday he was at it,” the 17-1-2 boxer who is managed by Sheer Sports, a California company. “The closer it is to his fight, the more he’s ready to rumble.” Alvarez is slated to do a ring walk Dec. 19, against Callum Smith, in a clash that will screen on DAZN. “I’ve done six camps with Canelo…every time we get in there it’s hard!”

You might know Ronald’s younger brother, Rashidi Ellis. The 27 year old Rashidi holds a 23-0 record, and last fought on Oct. 30, beating Alexis Rocha (UD12). The WBC’s Intercontinental 147 crown was up for grabs. Those two get along real good, big bro told me, and of course they have a healthy mini rivalry. Ronald wants to make up some ground, because he last fought Dec. 7, 2019. “COVID kicked me in the ass,” he says, referring to the lack of dates, which kept so many pros from earning their keep in this sport which is can be brutal in the punishment one might absorb, and also because 99% have to eat what they kill.

“That fight was my first at 160 in so long,” he said. “Aleem, on paper, it was my hardest test but I think I made it look pretty easy. I won a majority decision.” Ron McNair and Martha Tremblay had him up by four, and six points, while John Stewart saw a draw, for the record.

And now, Ronald wants to not only get the win, duh, against the 28-3-1 Korobov, but also do it in fine fashion, earn some unofficial style points.

“I’m getting up there,” he said, chuckling. “I’m not feeling old, though, not at all, because my career is spaced out. I’m a fresh fighter.”

Part of that is because he’s dealt with a hurt right hand a good deal, so now and again he’s been on the shelf, healing. It’s been busted five times, but this time, he relayed, he has let it heal all the way. “If you don’t fight, you don’t eat,” Ronald explained. “But if I would have been able to go back and do it all again, I would have let it heal, taken the time off. Because I was a one-handed fighter!”

He’s had two surgeries booked in seeking to fix the issue, which impacted him greatly when a fracture occured during his Feb. 19, 2016 fight (majority draw) with Jerry Odom. He’d get into a cast, rush back into action, bust it again, it was an ugly and sad rinse-repeat cycle.

After the Odom fight, there were wins against then 13-6 Oscar Riojas and 11-2 Christopher Brooker, that being his lone fight in 2017. One year later there came another draw, with Junior Younan, on ShoBox. 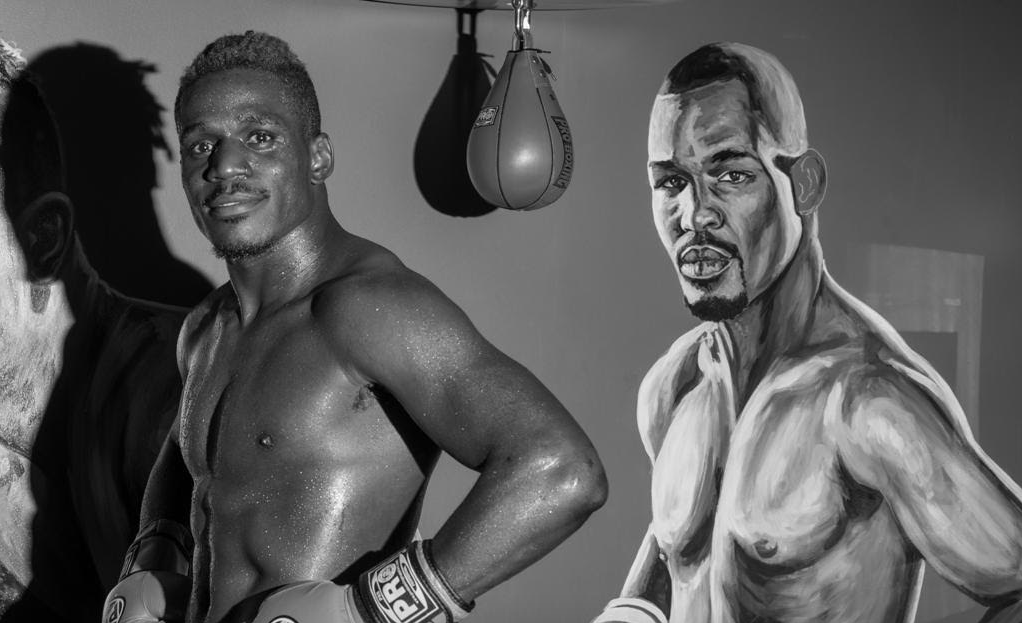 Ronald wants to channel some Bernard, and some Canelo, too, to get to that next level in the sweet science realm.

Stepping back up, against DeAndre Ware, again on ShoBox, Ellis got handed his second draw, and took an “L” of sorts, when he broke the hand again. “Yeah,” he said, not with a sigh but with admirable directness with no hint of self pity, “it’s boxing, it’s not a game.”

Now, today, he swears the hand is feeling good, and so he is on the course he pictured himself, more so, about five years ago.

“What’s my dream fight? Jermall Charlo, maybe. And it’s reachable! This fight against Korobov, he fought Jermall (on Dec. 22, 2019), and that was a close fight, Korobov thought he won. So, a win over Korobov, I’m right here with these guys (at the top of the division).”

And you all know this sport, where you are rated, and politics, that very often factors into what fights get made. Korobov will be seen by most, I think, as the favorite. He’s as high as No. 9, in the WBC, while Ellis is No. 11, according to the WBA. “I don’t even really pay attention to all that, I’m like 11, or 13,” he said. “But winning the right fights will get me into the right position. Korobov fought Aleem (in May 2019, it was deemed a draw), so I’d like to win, and do it decisively.”

Again, Ellis’ positivity rang out when he shared. Nope, he’s not a guy who is fighting off the boxing blues, because of the injuries, and having just two fights over a two year span. “I think boxing has me treated acceptably,” he told me. “You get out what you put in. I could have gotten more, but boxing saved my life, I don’t know what I’d be if not in boxing. It’s opened doors, travel, it’s made me see a different way of life. I got my lil bro, and my lil sis (Rashida Ellis, age 25) right behind me.”

If you haven’t seen Ronald fight, he doesn’t have the same style as Rashidi aka “Speedy,” who has the quick hands, the reflexes. “I just try and get the job done. I can be fan friendly, me and Korobov can bang it out. Me and Rashidi are always in friendly competition, he just fought, so I gotta be better! Me and him didn’t get a chance to spar leading up to his fight, when we do, it turns into a real fight!”

So, do I read it right, he’s looking to impress against Korobov, win with a certain style? Show the sort of explosivity that has people talking about the win a day or two later? “Explosive. That’s how I’m thinking. Punches in bunches, try and make him feel it! It’s my time!”

Ex heavyweight contender Courage Tshabalala and Ronald’s father Ronald Sr will be in his corner in CT, offering guidance and motivational chatter.

I asked for a prediction. “Korobov came off a loss, so yeah, I’m going for it, I have to, at this point in my career,” he told me. “Working with Canelo, his ‘No Boxing, No Life,’ it really opened my mind. Mike, he’s had so many sparring partners, they come, and you never see them again. I must be doing something right! I never stop growing, man. I really think I’m getting better, because I’m hanging with the best! I’ve gotten smarter! My body is filling in, I’m taking care of myself.” He’s eating smarter, he tells me, and his willpower to bite down and focus harder and try and match Canelo’s resolve is heightened.

Ronald has three kids, three girls, with his lady, and he wants to keep elevating, to get to that level where the paydays really start making a splash in the bank account. “Yeah, in boxing there’s really no middle class,” he said. “You gotta get a title. Is this a crucial fight? Yes, it is.”

He is aware that three judges can really mess up the path, their power to influence fate is immense. He knows how to minimize their influence, too. “I gotta get past this guy, that’s where I wanna be. Yeah, now it’s time to make some noise, get the job done.”

Thanks to Rachel Charles, V.P Operations and Publicity at Sheer Sports Management for the photos