Claressa Shields: My goal is to become a two-sport world champion 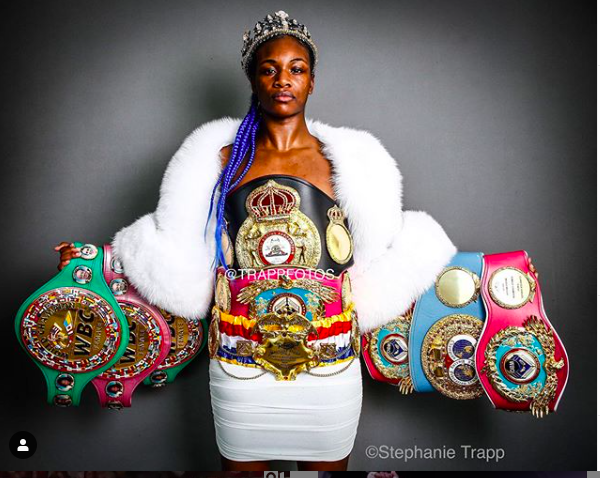 Claressa Shields, the two-time Olympic gold medal winner and three-division champion, is taking her talents inside the cage as she has entered into a multi-year agreement with the PFL (Professional Fighters League), where she will campaign at 155 pounds in a quest to be the first man or woman to hold world titles in both boxing and mixed martial arts simultaneously.

While it may appear the COVID-19 restrictions coupled with an inactive 2020 can be the catalyst for this decision, Shields and her team are quick to point out that this move has been long in the works. Shields has close ties to MMA stars such as Cris “Cyborg” Justino, Jon “Bones” Jones and Tyron Woodley and has long wanted to test her mettle in the cage.

“Cyborg and I have sparred before and Jonny Bones, Cyborg and Tyron told me they think I would do great in MMA,” Shields told The Ring via phone. “I think the transition will be easy for me because I have prepared for it. As long as we follow a good game plan and I do everything I need to in the gym, it should be smooth.

Shields (10-0, 2 knockouts) refutes the notion that she signed with the PFL because of constant delays in getting back in the boxing ring while Katie Taylor and Mikaela Mayer have been active during the pandemic with two fights each.

“I know some people will think I’m doing this now because maybe boxing is not working out but actually boxing is working out just fine. I plan to be a two-sport champion,” Shields said, matter-of-factly. “Everyone has their time to shine. I was on top for a while. There was a time I was very active, fighting four times a year and making very good money.

“I’m only 25 years old, I feel great. This is exactly the right time to do this,” Shields adds. “ I don’t have to wait until I retire from boxing. I have always planned to compete in MMA. It just always depended on the right situation and the timing couldn’t be better.”

Shields said her team has been approached by other promotional companies to compete on a fight deal against one of their stars but only the PFL actually made a commitment to developing her over time into a premier MMA champion. 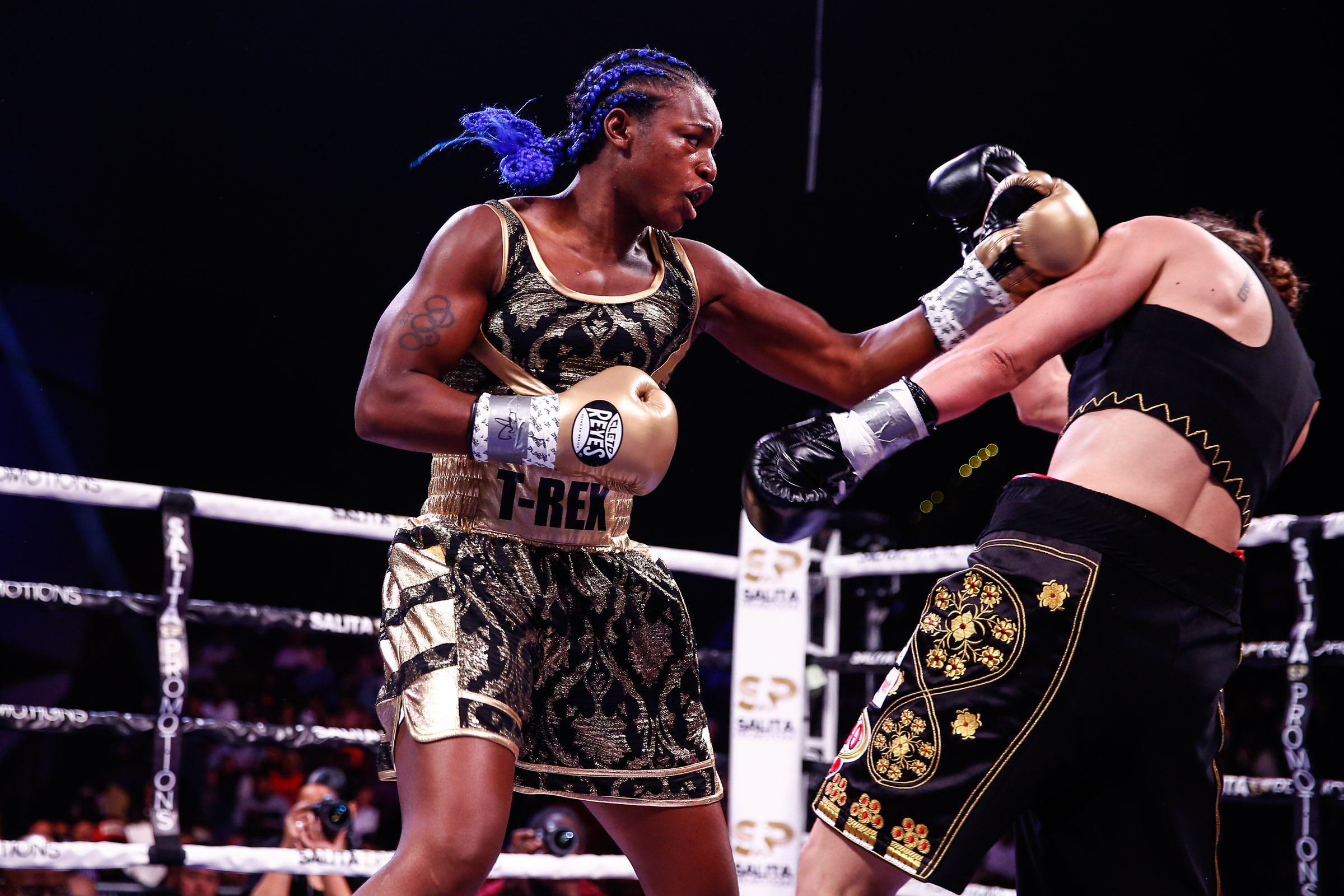 “Before Claressa even made her professional debut, we sat down and mapped out a strategic five-year plan, which included winning her first world title, winning multiple weight division titles and also entering and winning an MMA title,” added Mark Taffet, Shields’ manager. “We knew she would transcend women’s boxing but if she becomes a two-sport world champion, she will transcend sports in general and that was our plan.”

While Shields admits she worries about some aspects of MMA, she also remains supremely confident that her body will be able to adjust to the grueling demands of the sport, such as three five-minute rounds rather than the traditional two-minute rounds in women’s boxing.

“All of it worries me,” Shields said with a laugh. “I can get beat; I can get slammed. I can get choked; I can get caught in an arm bar. All of it concerns me but that’s also why I want to do it. It’s a risk just like in boxing. I can get hit with a jab, uppercut, right hook. Headbutts happen in boxing. You can die in both sports, so that part doesn’t change for me”

While Shields labeled her deal with the PFL as “lucrative,” it also comes at a time when female boxers are paid considerably less than their male counterparts and the U.S. Women’s Soccer team recently broke barriers to demand equal pay for its performance. Shields and her team believe she can be the trailblazer who opens the door for women to headline large scale events with larger purses.

“We chose PFL because they pay men and women equally,” Taffet said. “Everyone has a chance to compete for the $1,000,000 prize at the end of the season. MMA has a large and diverse audience. Claressa is the one who can bring those fans over to boxing and make boxing even larger than it is today.”

Shields believes what separates herself from other fighters is the work she does in the gym.

“I expect MMA to be hard,” Shields said, “but, at the same time, I will train hard to make sure MMA becomes easy for me the way boxing now comes easy to me. Before I fought Christina Hammer, she was considered a great fighter. After I beat her easily, suddenly she is not a great fighter. She actually is a great fighter that came up against the best fighter and I made it look easy.” 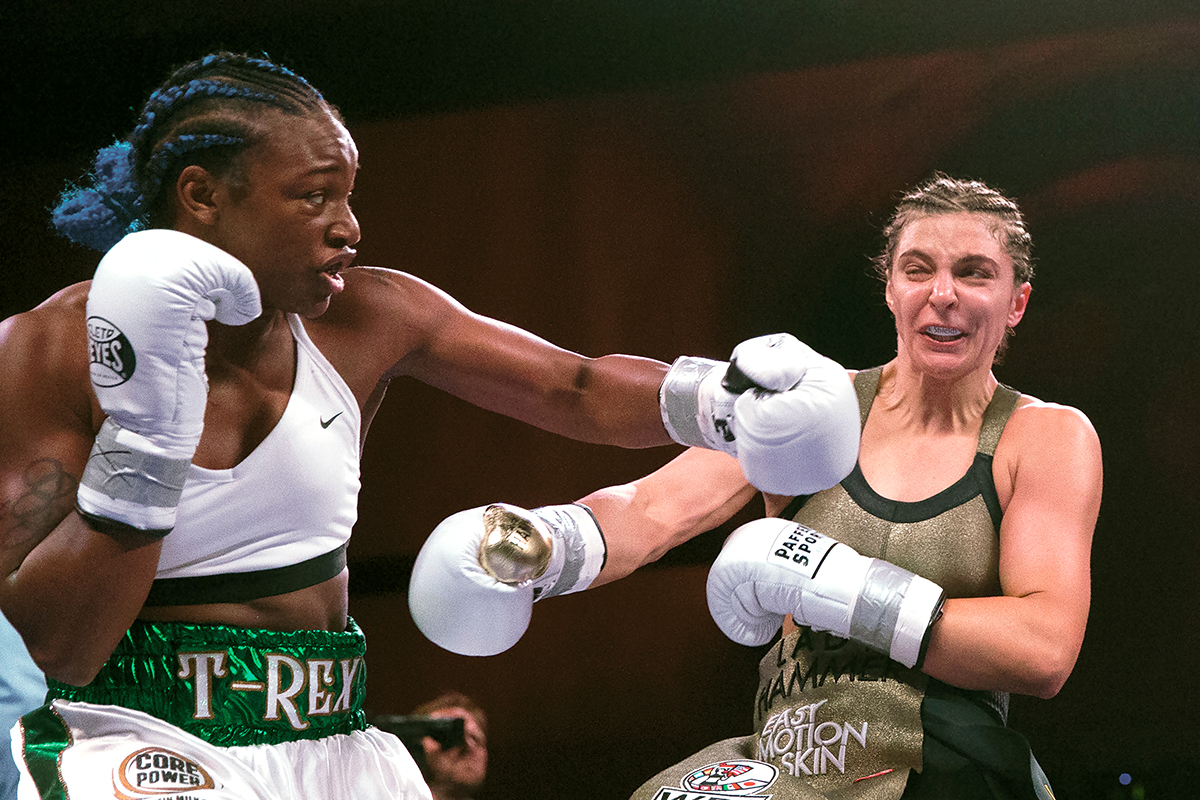 For now, Shields plans to take it one day at a time including deciding which gym will be her MMA home. In the coming months, Shields plans to visit the top MMA gyms in the United States including the famed Jackson Wink MMA Academy in Albuquerque, New Mexico, where she will train with Holly Holm, who also made the leap from boxing to a very successful MMA career.

The plan for 2021 is for Shields to fight twice in the PFL and twice in the boxing ring beginning with junior middleweight world championship bout in January or February, according to Shields’ promoter Dmitriy Salita.

“Claressa is always about making ‘herstory’ and when you have a once in a lifetime talent like Claressa, my job is to do everything possible to support her dreams,” said Salita. “I understand the significance of Claressa becoming an MMA world champion and what that would mean for her boxing career. She has a big start today but after she excels in MMA, her boxing shows will be even larger. It’s going to be special as it always is with Claressa. Look back at her first pro fight. She fought Franchon Crews, who is a respected world champion. Claressa doesn’t want easy fights.”

PFL is known for having a full season of matches before engaging in a single elimination tournament playoff edition in which the winner of each division is awarded $1,000,000. The plan for Claressa is to have two bouts in 2021 with the PFL and then enter the 2022 season to compete for the ultimate grand prize.

“PFL does not want to exploit Claressa,” Taffet points out. “This is about developing a fighter to help her reach her championship potential in this sport. This is why we chose the PFL. They are a fighter-friendly organization and are not looking to turn a fast buck with her. This takes time. The future is bright.”

Shields is particularly looking forward to donning four-ounce striking gloves to see how her MMA opponents can handle her power.

“I will be very explosive with those gloves,” Shields said. “I have worked to improve my speed with regular boxing gloves. I can only imagine how four-ounce gloves will feel.”

Claressa Shields responds to Marlen Esparza: Worry about your own career!