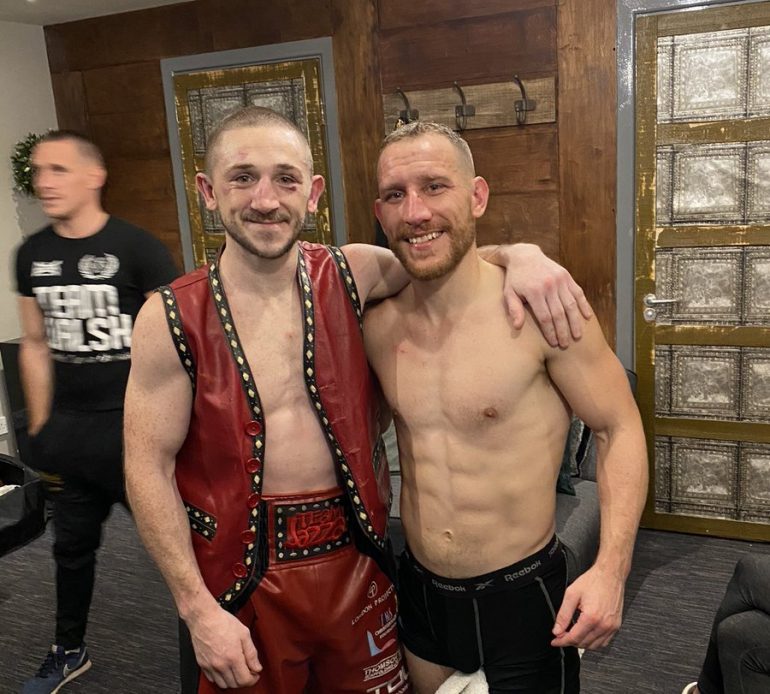 When the featherweight tournament was mapped out, Jazza Dickens (30-3, 11 knockouts) and Ryan Walsh (26-3-2, 12 KOs) were favored to meet in the final and it went as planned.

While the final wasn’t the barnburner we hoped for it was a highly competitive encounter throughout with plenty of nip-and-tuck rounds.

It was a cagey affair with Dickens just about getting the better of the work. The two well matched pros showed a lot of mutual respect for each other and it was until the final round where both men let their fists fly.

“Going into this tournament it was my chance to show what I can do,” said Dickens. “I’ll have my reward when I get that world title.”

Michel (11-2, 8 KOs) started well enough, likely winning the first two rounds. However, the 30-year-old Latvian grew into the fight by Round 3 and was enjoying more success.

Bolotniks (18-5-1, 8 KOs) hurt Michel with a minute left in the fourth round but to the German’s credit he fired back towards the end of the round. Bolotniks body attack was paying dividends in the fifth round and was visibly hurting Michel. A chopping right dropped Michel, who rose and gamely fought on.

That remained the pattern for the next few rounds as Bolotniks was clearly the stronger man and his bodywork was breaking Michel down.

Entering the final round, Michel needed a stoppage to win but it was Bolotniks who poured on the pressure and dropped the heavily fatigued Michel in the final seconds of the 10th and final round. Although Michel gattered himself he was spared any further punishment by his father who threw in the towel at 2:50.

“For me I showed my boxing technique,” said an elated Bolotniks. “I will be sitting happy over Christmas.

“I just do my job. We came here for work and we did a good job. The tournament was brilliant. I am so happy. Anthony Yarde maybe next year we will see each other.”

Harlem Eubank (11-0, 3 KOs) impressively outboxed previously unbeaten Daniel Egbunike (6-1, 3 KOs) over 10-rounds. The nephew of Chris Eubank Sr. was awarded the decision 97-94 on referee Phil Edwards scorecard and looks like someone to keep an eye on.

“It was a controlled performance,” said Eubank. “Daniel’s a dangerous guy. I stayed on the outside and make him miss, make him pay. I’m happy. For me it’s all about improving. The last two fights have been against young lions, who are going to test me, these are the fights I need to progress my career.”

Lightweight James McGivern (2-0, 0 KOs) dropped journeyman Jordan Ellison (11-31-2, 1 KO) in the second round but had to settle for winning 60-53 on Phil Edwards scorecard.