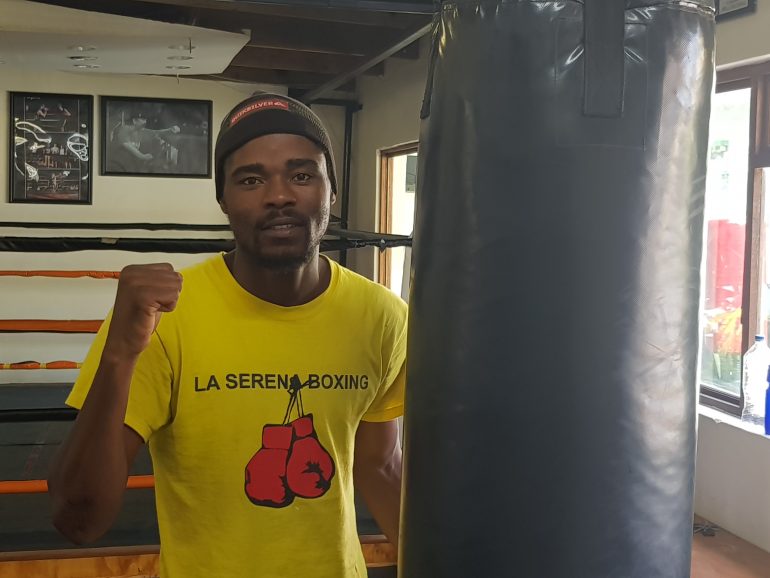 Having spawned champions like Vuyani Bungu, Welcome Ncita, Mbulelo Botile and many others, East London has earned its moniker as “The Mecca of Boxing” in South Africa. The sport finally returns to the Orient Theatre on Sunday afternoon, albeit minus the trademark raucous crowd, when Rumble Africa Promotions presents the fight city’s first post-COVID-19 lockdown card.

Headlining the bill will be junior lightweight Azinga “Golden Boy” Fuzile, who will be eager to bounce back from his first career defeat, an eighth round stoppage at the hands of Shavkat Rakhimov in September last year in an IBF eliminator.

Fuzile was leading on the cards in a hotly contested bout when Rakhimov hammered him to the canvas twice to end matters. Footage later revealed Rakhimov’s corner administering what appeared to be illegal smelling salts to its fighter in the break before the eighth round. A protest was lodged and Fuzile retained his high ranking with the sanctioning body.

He will be facing the undefeated Cape Town-based prospect Lunga “Pressure Cooker” Stimela (13-0 with 7 knockouts) over 10 rounds. As his nickname indicates, Stimela is a come-forward volume puncher with a huge gas tank who simply keeps working away to the head and body.

Stimela will be taking a major step up in class. Although he has gone 12 hard rounds twice before without fading, he has faced mostly local and continental opposition whereas Fuzile (14-1 with 8 KOs) holds wins over former two-time IBF titlist Malcolm Klassen and tough Romulo Koasicha.

Still Sitemela has everything to gain and nothing to lose.

All the pressure will be on Fuzile, a sharp, southpaw counterpuncher with quick hands and feet who was regarded as South Africa’s next big thing before the Rakhimov fight. This fight should show whether or not Fuzile can put the psychological effect of the defeat behind him and regain his shine. 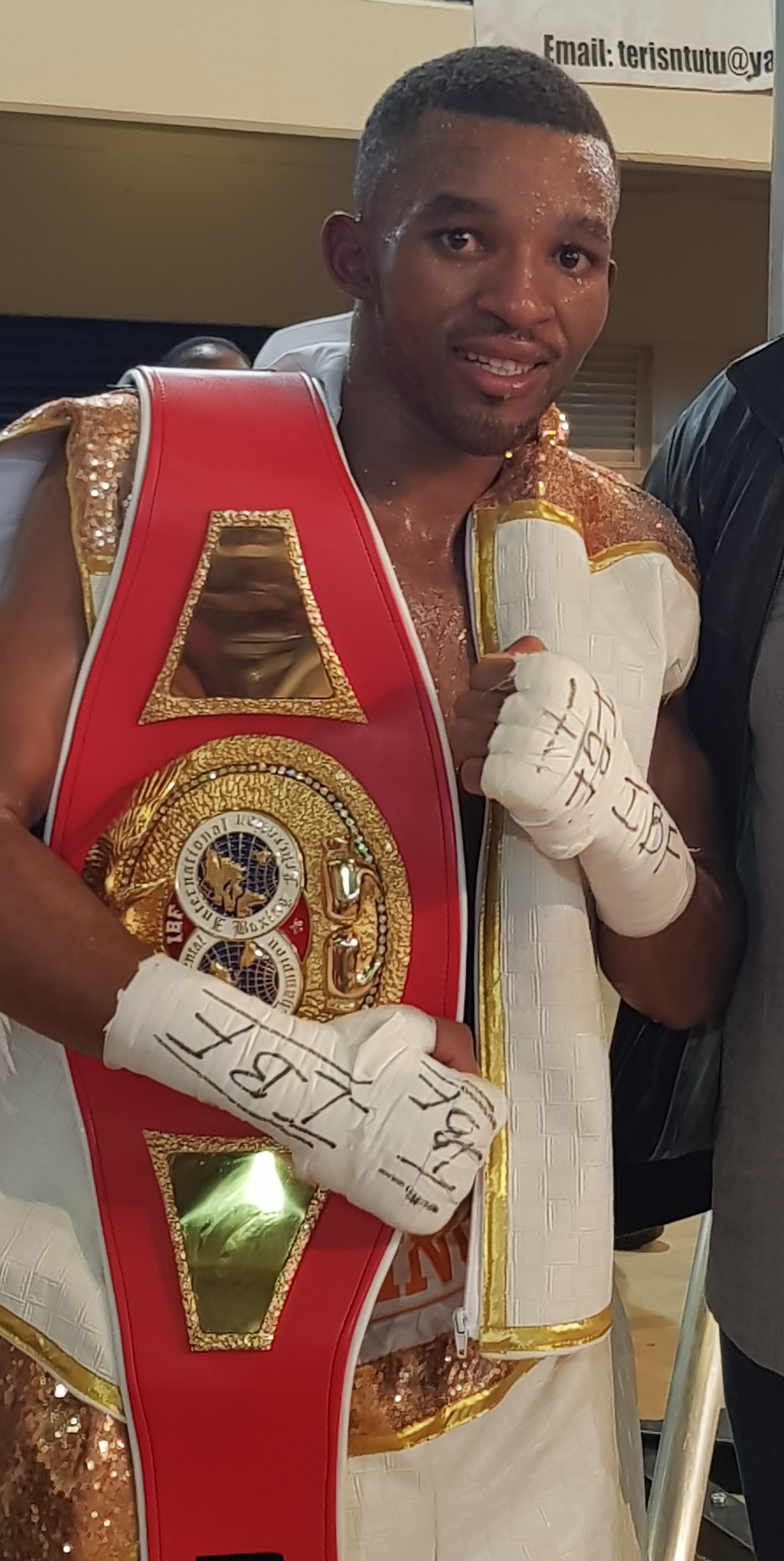 In the main supporting bout, young upstart Luyanda “Pretty Boy” Ntwanambi (7-0-1 with 4 knockouts) also takes a solid step up in class when he challenges South African flyweight champion Jackson “M3” Chauke, over 12 rounds, with a secondary WBC belt also on the line.

Ntwanambi has impressed so far and has had a baptism of fire in his most recent outing. He fought a 12-round war on the undercard of Fuzile’s most recent fight, prevailing on the scorecards against a charging Fikile Mlonyeni, in one of the best local fights of 2019. After a good start, Mlonyeni had Ntwanambi in some trouble in the middle rounds before he came roaring back in the final stretch. 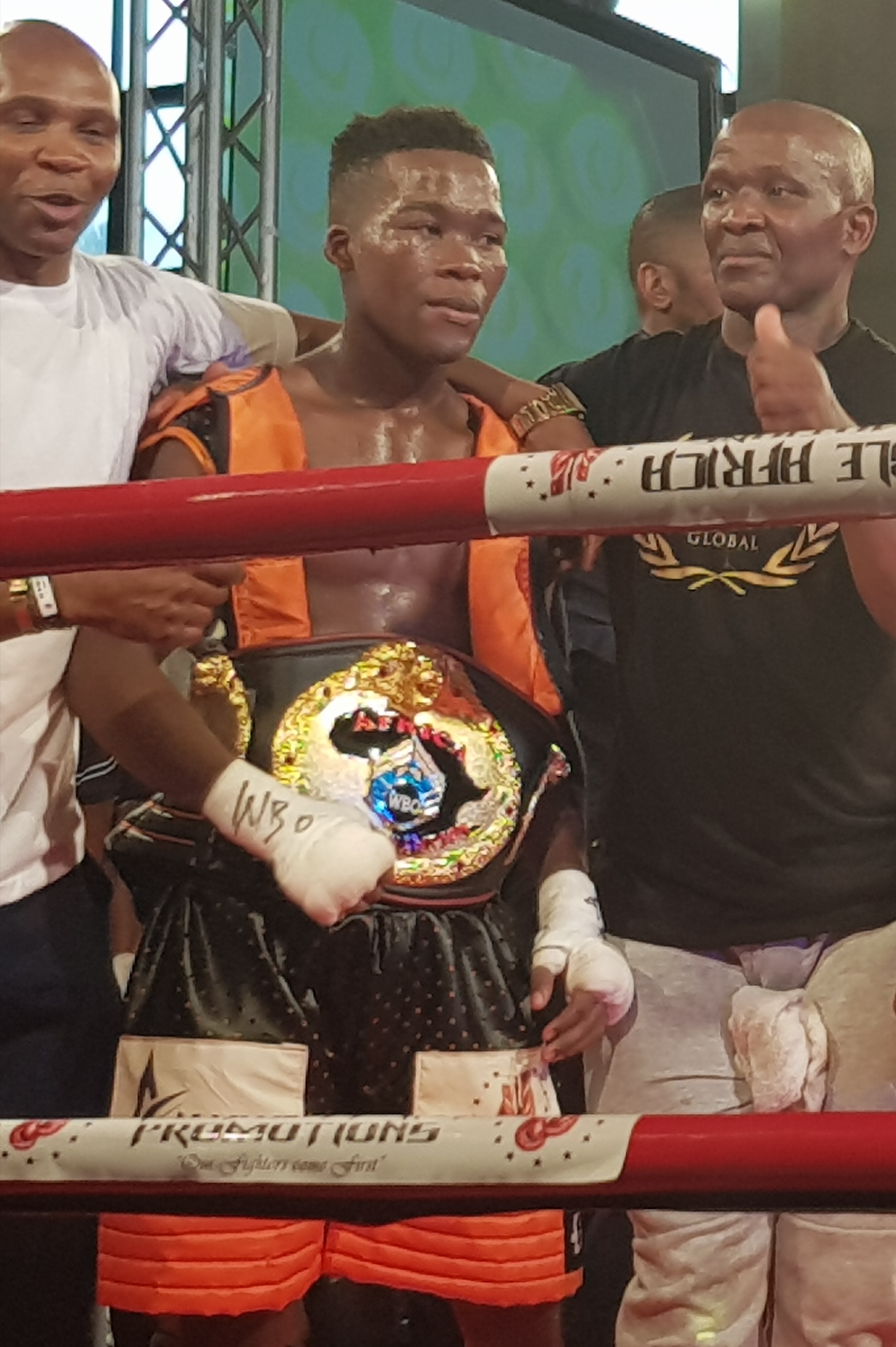 He will need all that heart and tenacity if he is to prevail against the much more experienced Chauke, who has been on a hot streak. A former Olympian, who has compiled a record of 19-1-1 with 14 KOs as a pro, Chauke won his most recent fight on the road in Russia, no less. He handed Mekhdi Abdurashedov his first defeat, outfighting and outboxing him over 10 rounds.

Both fighters sport a mean uppercut, with Chauke perhaps better at a distance, while Ntwanambi can be a handful up close with his quick angle changes.

The 35-year-old Chauke wants to keep his world title aspirations alive by spoiling Ntwanambe’s schoolboy looks, whereas the youngster will be looking to justify his promoter’s high expectations.

The undefeated South African bantamweight champion Ronald “King” Malindi (18-0 with 9 KOs) will also defend his crown over 12 rounds. He will make his fourth defense against Luzuko Siyo (17-5 with 14 KOs), a former national champion at 108 pounds.

Malindi is one of those fighters who keeps winning without much fanfare but the boxing public is beginning to take notice, wondering whether Malindi might eventually follow in the footsteps of Mbulelo Botile and Zolani Tete.

He will have to avoid his usual slow start however, as Siyo is a banger focused on stoppages.

In a 10-round featherweight fight, Lerato “Lights Out” Dlamini (14-1 with 7 KOs) takes on former South African bantamweight champion Toto “Gugs Gang” Helebe (the 20-7 with 9 KOs) over 10 rounds. Dlamini, who is hovering close to a WBC title shot, had a breakout win in 2019 when he handed the favored Dave Penalosa his first defeat, handily outboxing the Filipino prospect over 12 rounds in Saudi Arabia. Dlamini also holds a win over former WBA beltholder Simpiwe Vetyeka.

Although Dlamini is the clear favorite, Helebe is another Cape Town-based fighter hungry for a big win and cannot be overlooked. Tall and rangy, he is an experienced workhorse with solid skills and has vowed to upset the applecart.

In two preliminary bouts, Luthando Mbumbulwana (11-6 with 7 KOs) takes on Mhlanganisi Sogcwayi (3-0 with 2 KOs) in a 10-round junior featherweight encounter for regional honors, while bantamweights Thembelani Nxoshe (19-8-2 with 6 KOs) and Sikho Moshane (4-2 with 1 KO) will start proceedings in a six-rounder.

South Africa is also slowly dipping its foot into the pay-per-view market. The live stream of the card being available at www.mbcboxing.live for the grand price of $7.