Errol Spence is a changed man after crash, but wants to show he’s still the same fighter 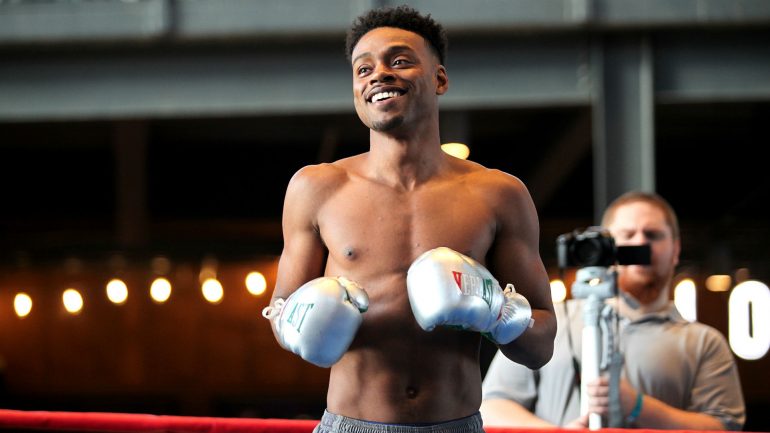 Fifteen months after he last boxed, unified welterweight world titlist Errol Spence Jr. will step back into the ring as a changed man, but he hopes not as a changed fighter.

He will make his fifth title defense when he meets former world titlist Danny Garcia in a much-anticipated bout on Saturday (Fox PPV, 9 p.m. ET) at AT&T Stadium – home of the Dallas Cowboys – in Arlington, Texas, Spence’s home region.

Spence has long been considered one of boxing’s pound-for-pound elite fighters, adding to that reputation in his last bout when he dropped Shawn Porter in the 11th round and outfought him to win an action-packed split decision to unify two 147-pound world titles.

Three weeks after that big victory, in the early morning hours of Oct. 10, 2019, Spence was involved in a horrific high-speed, one-car crash in Dallas that was caught on video. Spence’s Ferrari flipped multiple times and he was thrown from the vehicle.

The car was destroyed and Spence came to rest on concrete. He was rushed to a nearby hospital but as horrendous as the accident looked, Spence, who was charged with DUI, amazingly had no significant injuries or broken bones.

However, his face was badly bruised, cut and swollen, several teeth had been knocked out and he spent time in the hospital. Even after his release, he had constant neck and hip pain and what he described as “trauma” to his muscles. He knew he was lucky to be alive even though he did not know if he would be able to regain his form as a top boxer. 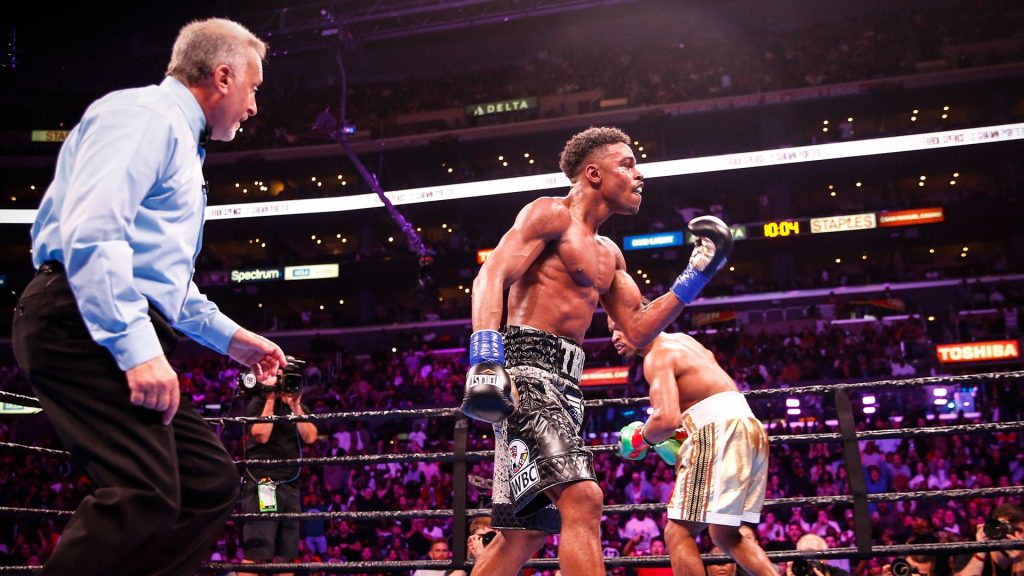 He is aiming to show against Garcia that he is still the same fighter that he was before the accident, although the experience has changed him.

For one thing, Spence said he does not take life for granted anymore and that he has learned how important it is to have his affairs in order for his peace of mind and for the sake of his family, including two daughters and a son, who was born during training camp.

“At that time (of the accident) I didn’t have anything set up for my kids,” a reflective Spence told The Ring. “People would have been fighting over money, this and that. No one knew where anything was going. My baby mother, she relies on me. Basically, my family relies on me. Now I got a will. Everybody knows where my money is going. I got life insurance and even if I do go, God forbid, my kids will be taken care of, financially at least.”

As a professional athlete in his prime and undefeated in the ring, Spence said he was guilty of thinking he was bullet proof, but no more.

“When you’re younger you think you’re invincible,” Spence said. “You don’t think about a crash and you’ll die or something can happen and you can die. You just think you’re immune to everything, like nothing’s gonna happen to you. So, when a near-death experience does happen it really changes your perspective on things. You’re like, ‘man, I really could go any day.’ I got to make sure the people I love are good because if I just died it would have been a mess and my kids don’t deserve that.”

When Spence was finally up and about a couple of months after the accident he announced his plans to return to the ring. When some suggested that he should take a tune-up fight, he said no way. He wanted to be back in with a top opponent.

“I picked Danny Garcia because he’s a tough opponent with a granite chin,” Spence said. “He’s always in tough, close fights. He’s going to bring the best out of me. If I took a tune-up fight, I wouldn’t be as focused or dedicated as I am right now. I know Danny’s dad (and trainer Angel Garcia) is pushing him to take my belts in my hometown. So I’m staying focused to make sure that doesn’t happen.

“It’s up to me to make a big splash coming back from my car accident. Lesser opponents were for before I became champion. I finally got to the top, where I can fight the big names, so I’m not going backward. These are the guys I’ve wanted to fight forever. The accident just made me hungrier and even more focused. I have the same hunger now that I had before I won the title.”

Immediately after Spence defeated Porter, Garcia climbed into the ring to challenge him and Spence announced his intention to fight him on Jan. 25. The accident knocked those plans out and then the prospect of a spring/early summer return went by the wayside due to the coronavirus pandemic. 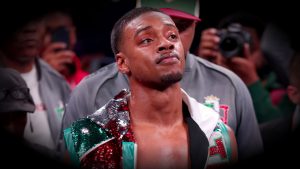 “There was a lot of uncertainty after my accident, but I knew that I wanted to keep training and make sure that I’m 100 percent ready to get into the ring,” said Spence, who added that whatever lingering physical issues he had have long past. “The doctors gave me the OK and said everything is fine, so I’m ready to go.”

Derrick James, Spence’s longtime trainer, admitted that he wasn’t sure if Spence would be able to come all the way back from the accident but said he grew more convinced that he would be able to as they began training seriously in March. He said he saw how dedicated and motivated Spence was in the gym.

“We took our time and it was a gradual process getting to this point,” James said. “He was already in shape by the time this camp started so we had a great head start. Even when Errol was getting back into his rhythm, he was still looking good. But you could see the improvement day after day as he got more comfortable being back. Everyone will see on (Saturday) who Errol Spence Jr. really is.”

TGB Promotions president Tom Brown, who promotes Spence and Garcia, marvels at how far Spence has come since the uncertainty following the car crash.

“For once, where the harsh critics would give a fighter a pass on taking a tune-up fight, he passes on the pass,” Brown said. “I think it’s amazing that he’s stepping into a fight of this magnitude. 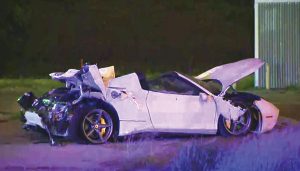 Spence’s car after the accident.

“When the accident first happened, you’re just getting bits and pieces of the story. Once I saw the video of the crash, I was like, ‘Oh, sh–! He’s lucky to be alive.’ Any thought of him fighting didn’t even cross your mind. The only thought was thankfully he’s alive, healing and recovering. So you have to applaud him for stepping right back into a fight like this.”

As excited and ready as Spence said he is for the fight, he admits that he still thinks about the accident and how easily he could have died, so he views the fight with Garcia as his second chance at both boxing and life.

“If anyone would have looked at that video of the accident, I think pretty much everybody would have looked at it and said the person in that car most definitely didn’t survive,” Spence said. “I believe it was a miracle that I did. For it to be a year or so later and here I am fighting a great fighter like Danny Garcia in a big fight in my hometown, that’s big. It’s like a second chance for me, but it’s been a hard, long road back. It took a long time to get my body back in shape.”

There have been bursts of emotion, he said, about the accident, although he doesn’t have a clear recollection of it happening or the immediate aftermath. But one day, several months ago, he was taking a shower when what happened hit him like a punch him in the face.

“Emotion came over me and I just started crying,” Spence said. “At that moment I felt more grateful than anything. It took a lot to even be here.”

Now that he is here, he plans to win and move on to many more big fights.

“I want to make an impactful statement. I guarantee there’s going to be highlights everywhere from this one. It’s going to be a great performance,” Spence said. “My message to the rest of the division is just line ’em up. Everyone knows who to talk to. All the other top welterweights, anyone else in my way, can come and try to get it.”