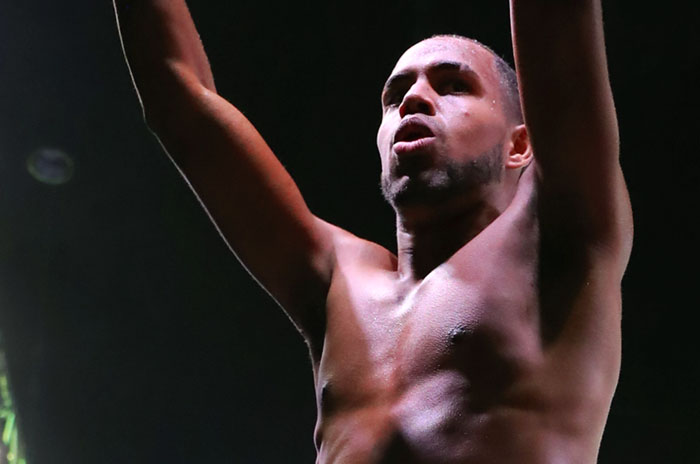 Danielito Zorrilla wants you to know that, despite having only 13 professional fights, he is one of the most dangerous junior welterweights on the planet.

The Puerto Rican known as “El Zorro” will make his first ring appearance of 2020 when he takes on Columbia’s Rodolfo “El Tsunami” Puente (19-4-2, 15 knockouts), on Saturday, at Coliseo Pedrin Zorrilla, in San Juan, Puerto Rico.

On paper, the match-up is titled “Fox vs. Storm” but Zorrilla is optimistic that he will limit Puente to that of a feeble wind.

“This is my job. I have to be 100 percent ready for Puente,” said Zorrilla. “I’m looking forward to the fight and to coming out victorious.

“He almost doubles my experience as a pro but I’m ready. If I see an opportunity to knock him out in the first round, I will do just that.”

Zorrilla (13-0, 10 KOs) had a successful amateur career on the domestic scene. The 27-year-old won eight national titles, including a bronze at the Pan American Championships in 2013, a silver at the Central American Games in 2014 but lost in the qualifying stages for the 2016 Olympics.

While his dream of representing his country in the Olympics was ultimately snuffed out, the 140-pound Zorrilla told The Ring that he became a better fighter as a result.

“I learned a lot,” he added. “Although I could have had the golden ticket to go to the Olympics, I came out a more experienced fighter.

“I’m willing to improve every day and that’s something that I have in my DNA that will help me move forward and have a very successful professional career as a boxer.”

Zorrilla, who has won four of his last six contests by knockout, also called out two of the best 140-pounders on the planet to give him a shot at the belts.

“To be the best, I need to fight the best,” he explained. “I will go after both [IBF/WBA and The Ring junior welterweight world champion] Josh Taylor and [WBC/WBO titlist] Jose Ramirez.

“It would be an honor to share the ring with those two great champions.”

Zorrilla, however, expressed a profound desire to face Ramirez. While the bout would be another entry into the long-standing rivalry between Puerto Rico vs. Mexico, he admitted that it isn’t his primary motivation.

“I want to fight him because I know that I can beat him and he’s one of the best 140-pounders in the world,” Zorrilla said.

Two of Ramirez’s last three fights have ended via majority decision victories over Jose Zepeda and former titlist Viktor Postol. Zorrilla feels that the 28-year-old is slipping at the opportune time.

“I’m at his level!” he declared. “He had some troubles in those two fights and pulled off the decision.

“But I know that I will beat him.”