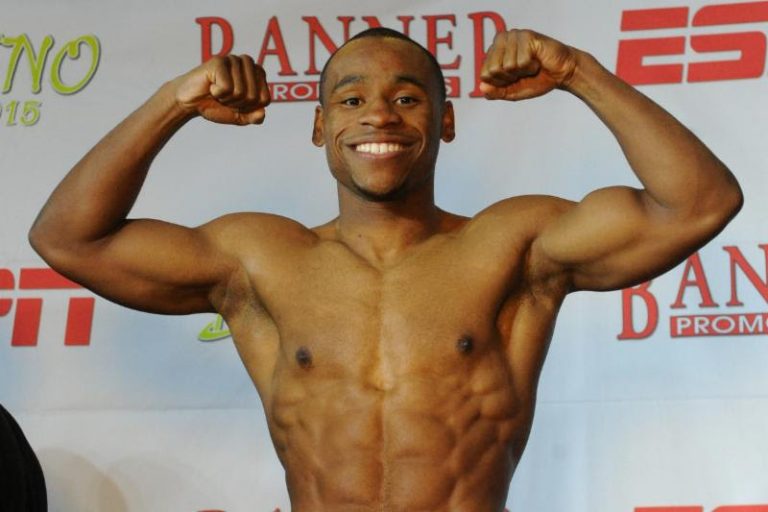 The 31-year-old Adams, who resides in the Los Angeles suburb of Norwalk, last fought on June 29 of last year, losing to WBC titleholder Jermall Charlo by unanimous decision. The loss snapped a four-bout winning streak, which took place over the course of the most recent season of ‘The Contender’ series in 2018.

Duversonne (11-2-2, 8 KOs), who resides in Avon Park, Florida, lost by split-decision to unbeaten Chordale Booker on November 4. That fight took place at the nearby Microsoft Theatre in Los Angeles. The 30-year-old had won his last 10 bouts before suffering his first loss as a pro at the hands of prospect Lorenzo Simpson on October 9.

The Adams-Duversonne fight will headline the second card by “Ring City USA”, a new boxing broadcast and content platform. NBC Sports Network will air the cards that will take place on Thursdays throughout 2021. A ring was set up in the parking lot outside the famed gym that is owned by Freddie Roach.

In the co-feature, unbeaten welterweight prospect Brian Ceballo (11-0, 6 KOs) will square off against Larry Gomez of West Jordan, Utah in a 10-round bout. Ceballo, who is co-managed by David McWater and Tim VanNewhouse, is a former amateur standout who is promoted by Tom Loeffler.

In a clash of unbeaten cruiserweights, Princeton Hairston (1-0, 1 KO) of Lynchburg, Virginia will square off against Houston’s Danielle Perkins (1-0) in a six-round bout.